The only thing more shameful than the BLM and Antifa rioting, looting, and destruction visited on the American people has been the shameful unwillingness and pathetic inability of our government institutions and political leaders to decisively put a stop to it.

This lack of any meaningful response is particularly disturbing to see in the Republican party, which sells itself as the force that can both protect the American people from looting and destruction, and attack the animating ideology behind the mayhem. Rather than keep their implicit promises to voters, the utterly worthless Do-Nothing-Republicans are mostly complicit in aiding the very destructive forces their voters count on them to oppose.

Senator Braun, who was heroically exposed by Tucker Carlson, is just one example.

As disturbing as it is to see inaction and complicity on the part of the GOP, it is perhaps still more disturbing to see it in institutions directly charged with serving and protecting the American people — the police, the military and security organizations like the FBI.

The following shocking photo and video of police and military literally “taking a knee” to the BLM rioters suggest what many Americans have begun to feel in their bones — the American security state is not on the side of the American people, and it goes all the way to the top. 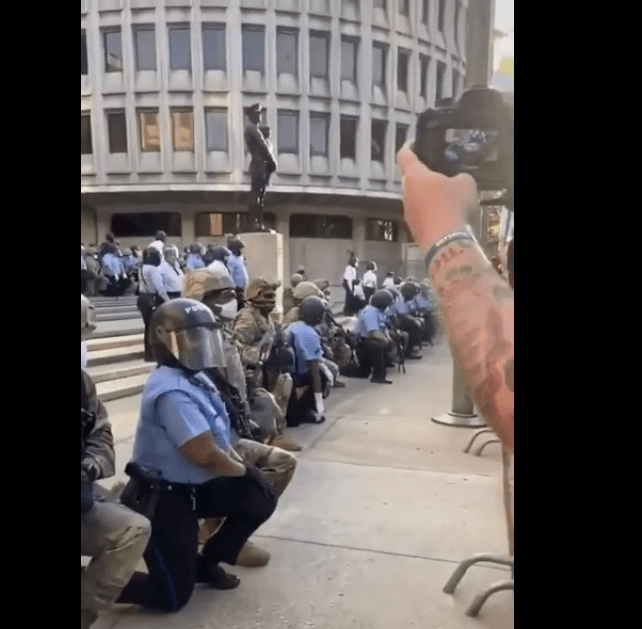 California: National Guard and Police Kneel Before The “Peaceful” Rioters 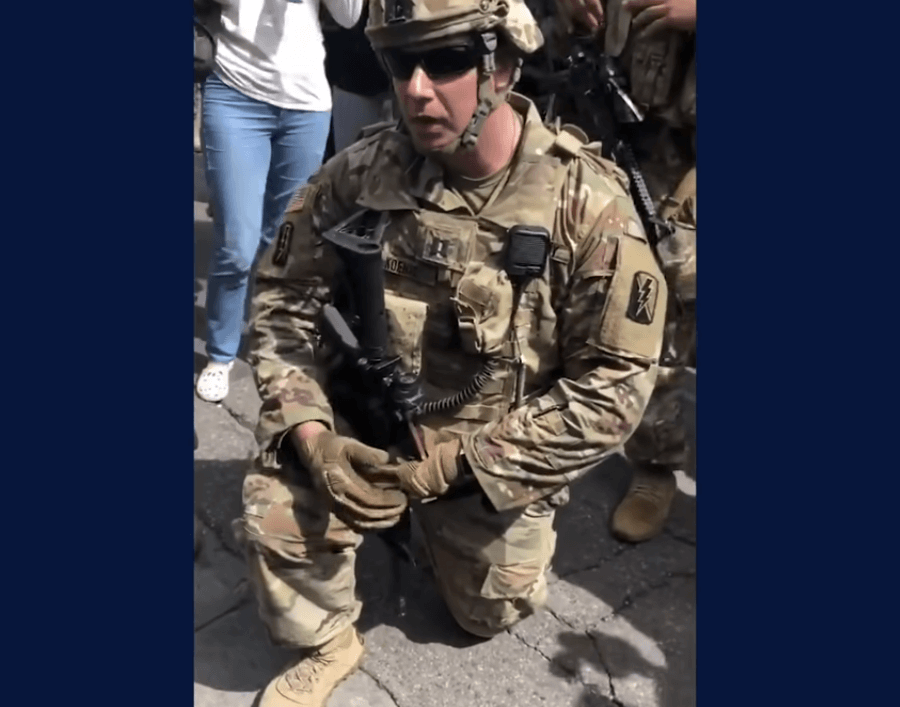 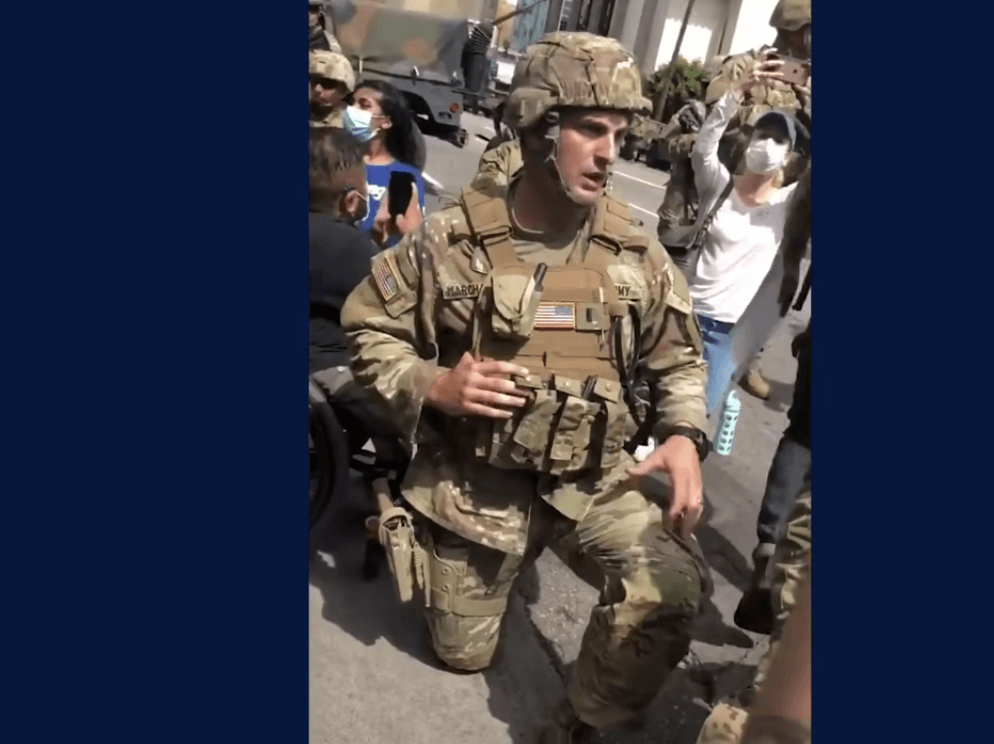 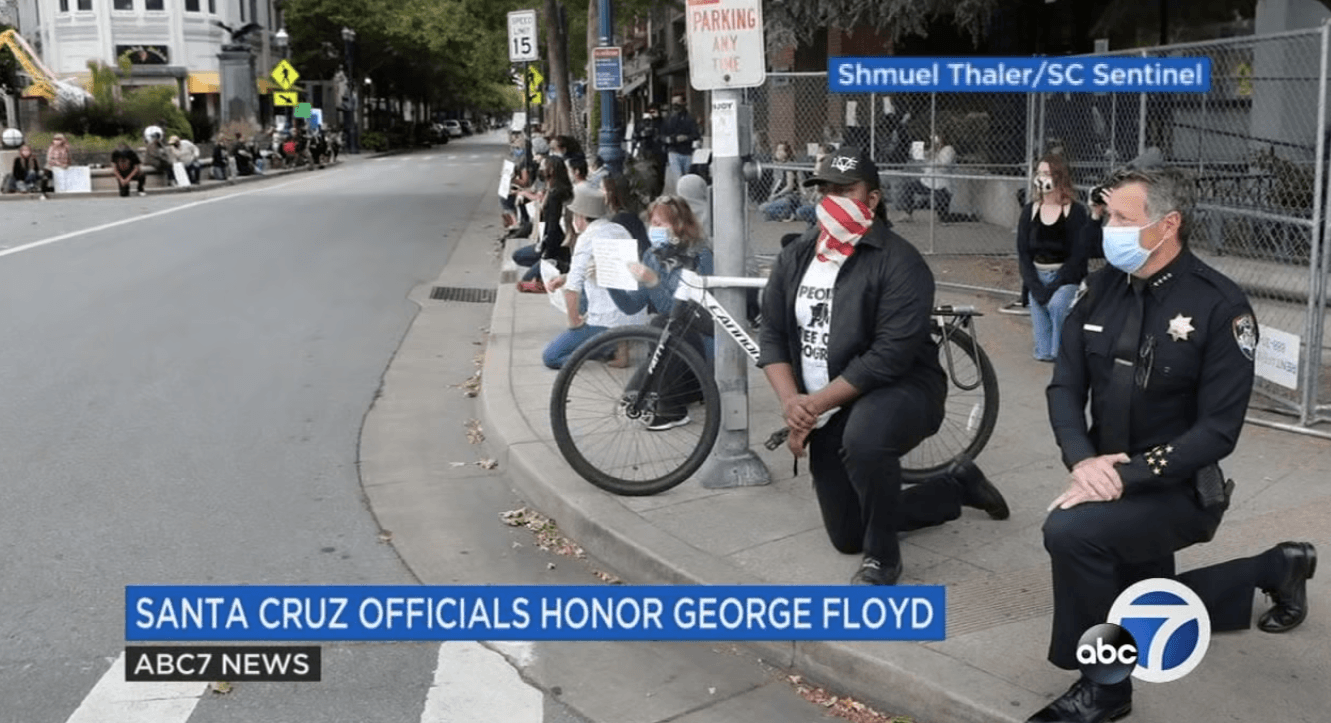 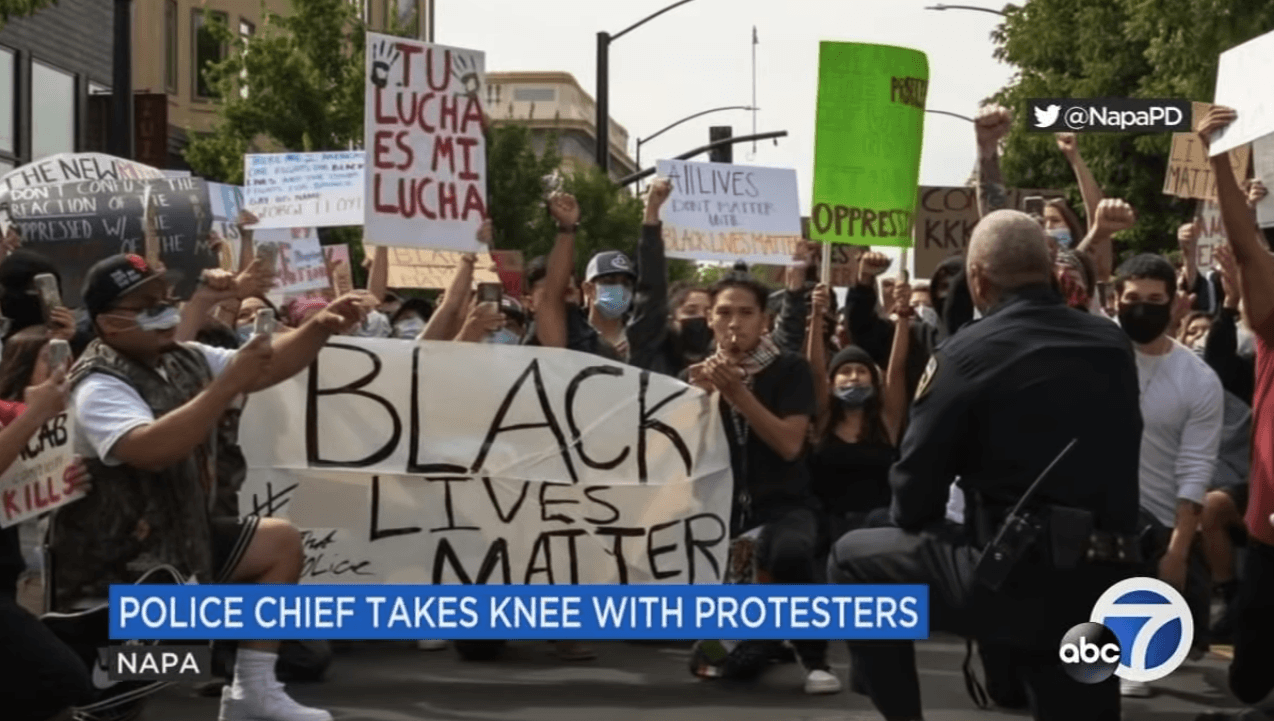 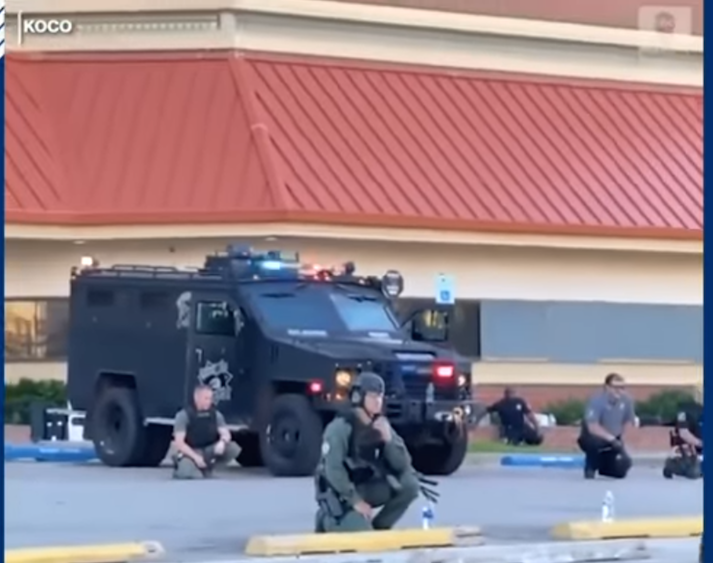 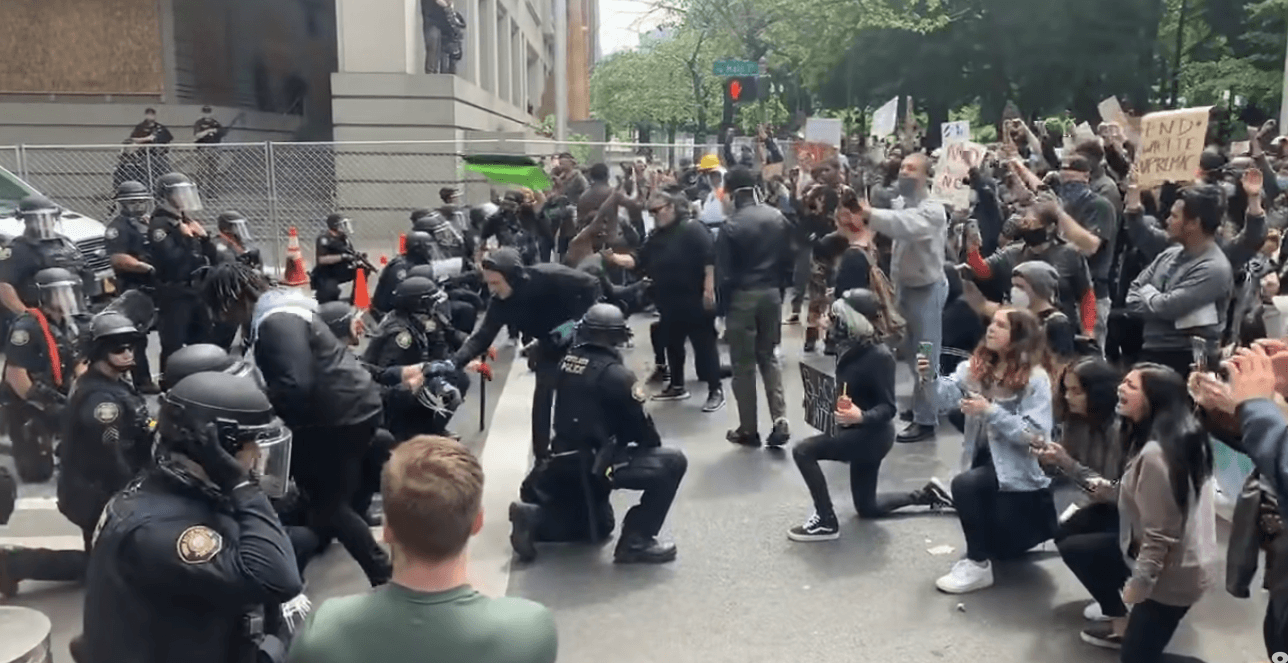 Fort Worth: Officer Bends the Knee 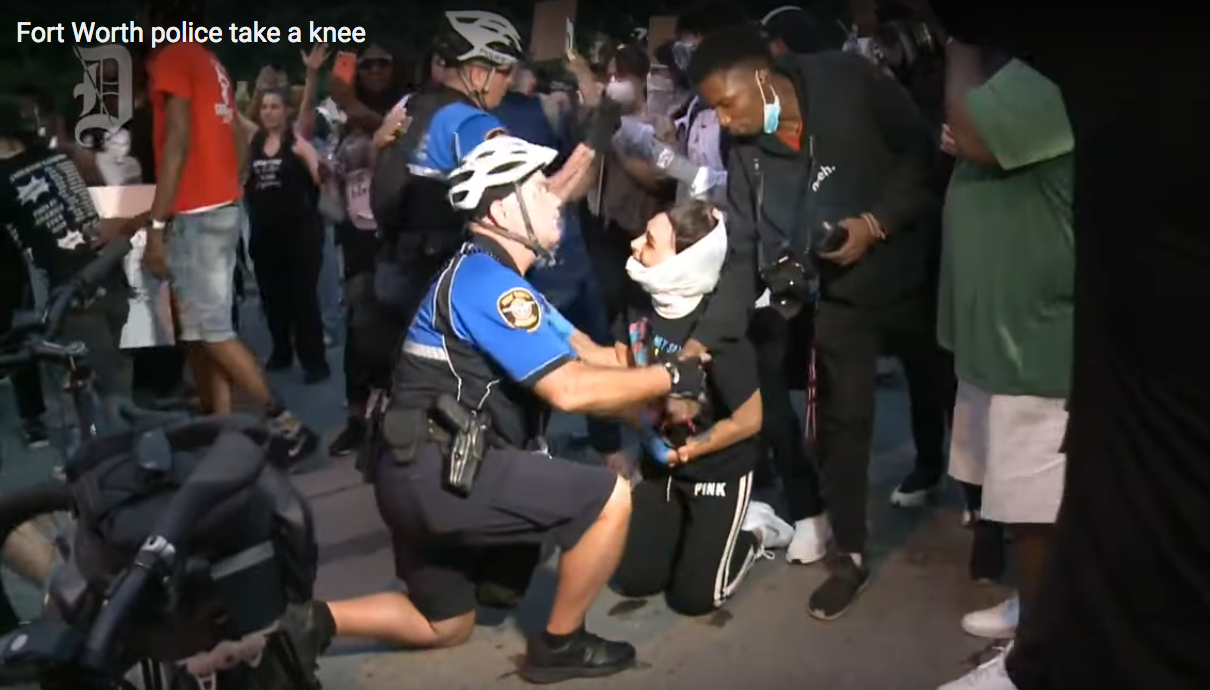 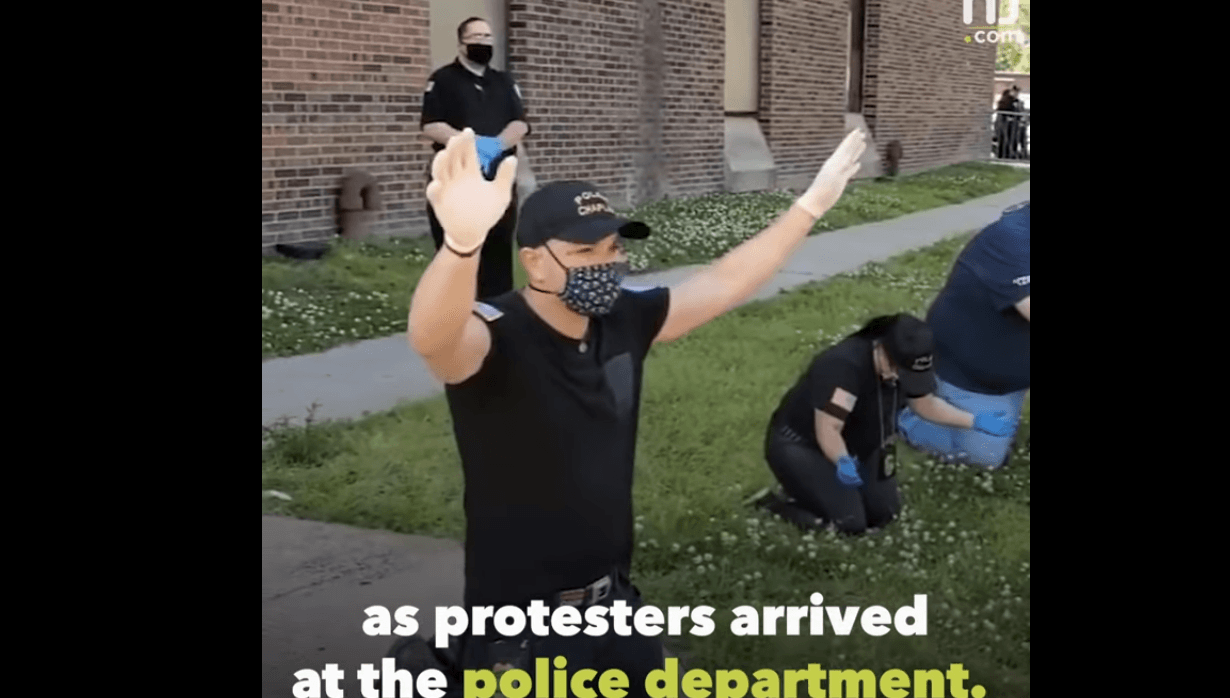 Trenton Police In Gesture of Spiritual Surrender to BLM 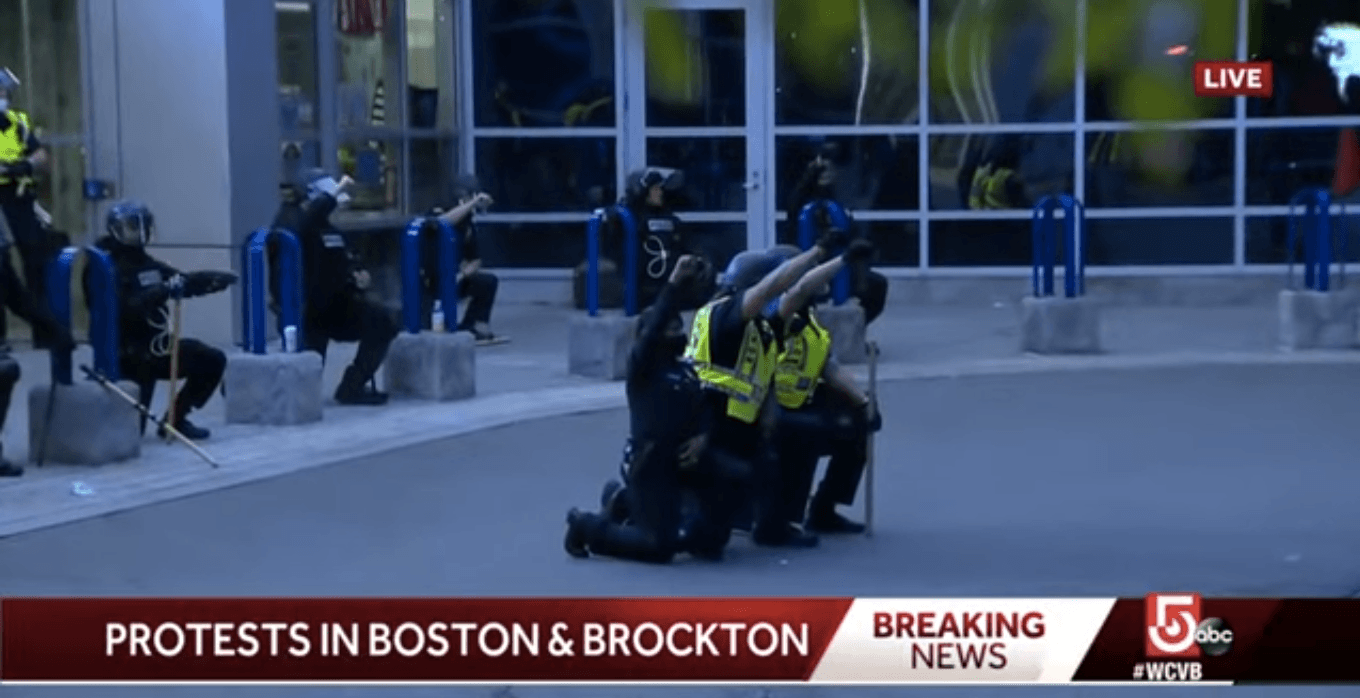 The fist is a nice touch

Not to be outdone, the increasingly discredited FBI sent their best and brightest to get in on the kneeling. 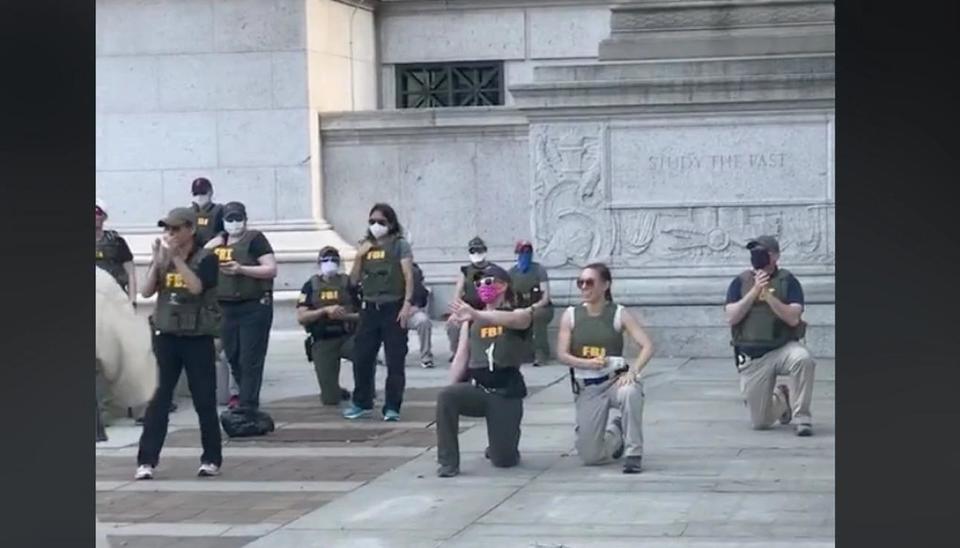 FBI Doing What They Do Best

Has @BubbaWallace apologized to all of those great NASCAR drivers & officials who came to his aid, stood by his side, & were willing to sacrifice everything for him, only to find out that the whole thing was just another HOAX? That & Flag decision has caused lowest ratings EVER!

Maybe the FBI should apologize too and start investigating real things instead. For instance, this:

London, UK: London Police Show That They Can Submit Even Harder to BLM (yes they had BLM protests there, too)

Never forget what these pathetic officials are kneeling for: Kneeling does not show “solidarity” it shows “weakness.”

Not to long after the London officer knelt to the BLM protestors, the protestors showed their true colors and got violent, attacking many of the man’s fellow officers. 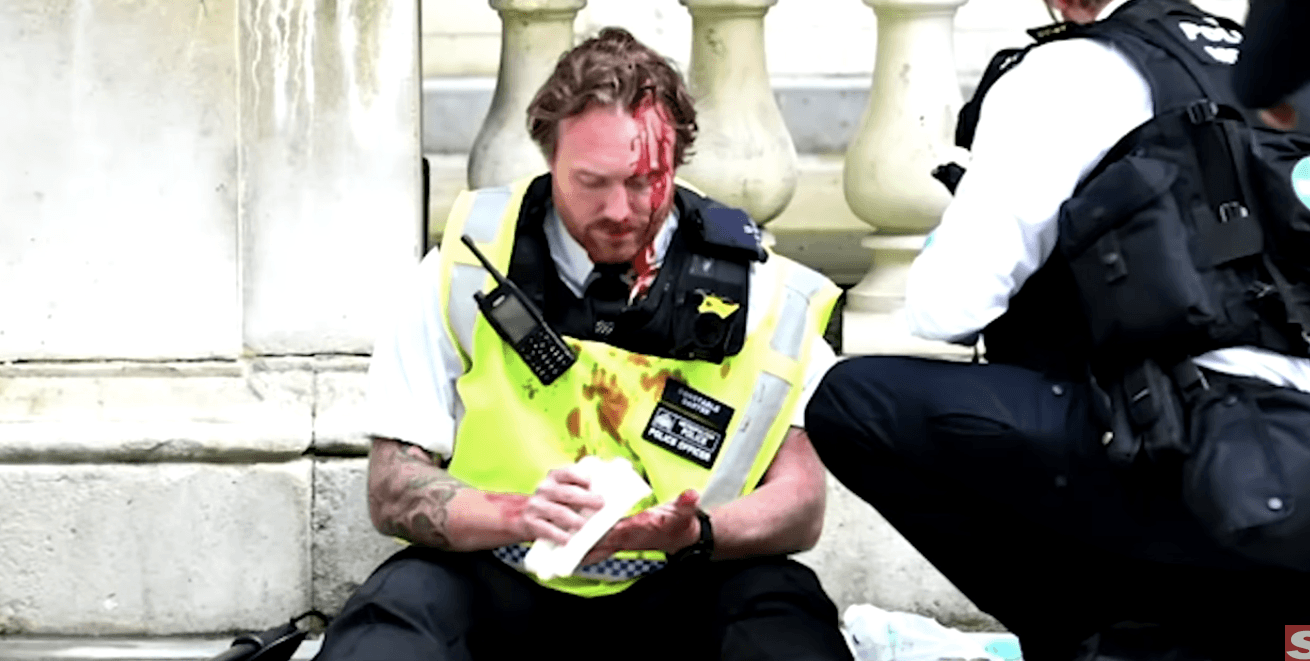 This National Guardsman in Minnesota Took a Knee for Protestors 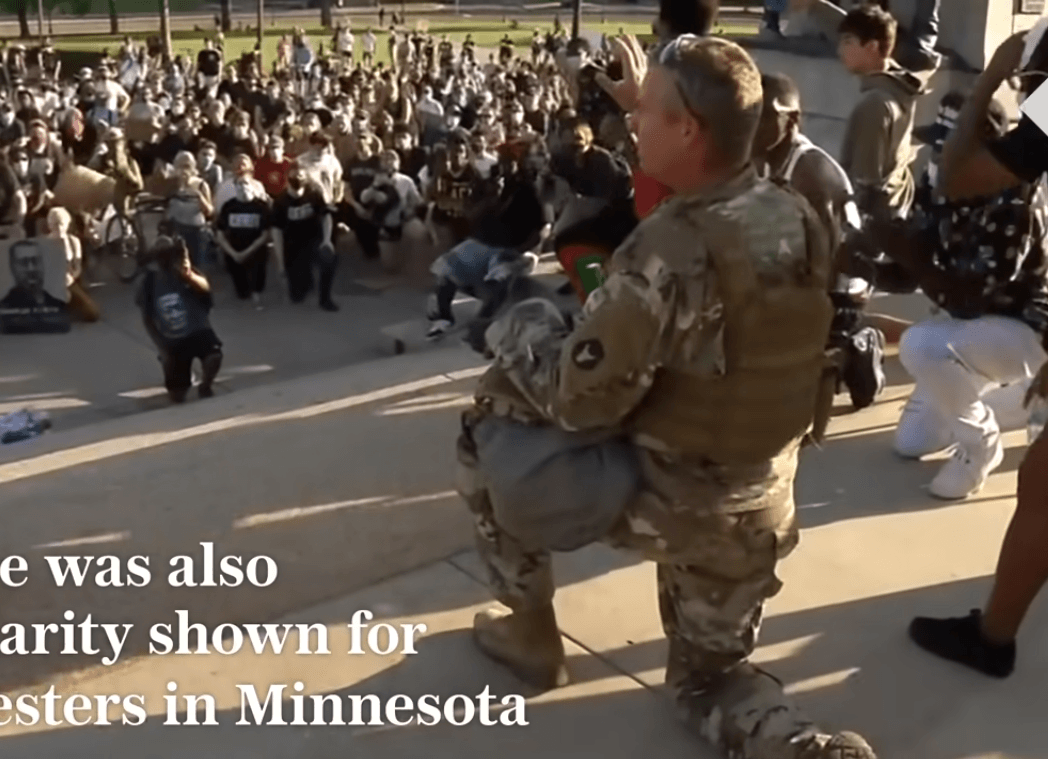 This is what he got in return:

A Minnesota Fire Worth Kneeling For

Just as Americans had to learn the hard way that corporate America has become fully corrupt with woke ideology, so must they now confront the difficult reality that the same disease has thoroughly infiltrated institutions that Americans traditionally thought of as “patriotic” and “conservative.” This infiltration includes the police forces, the FBI, and even the Military — and goes all the way to the top.

Indeed, “Mad Dog” Mattis took the highly unusual step for a senior military official to attack Trump when it looked like he was going to take action to stop these riots. A number of key military figures, including the present Chairman of the Joint Chiefs at the Pentagon, followed suit.

This of course does not mean that everyone in law enforcement or the military is an agent of the corrupt ruling class — far from it. Many, and probably most who serve in these institutions — especially rank and file — are some of the best Americans we have.

It is precisely due to the natural orientation of the military and police toward patriotism that the ruling class has dedicated so much energy to subvert these institutions — and at the highest levels they have been successful. The forces of wokeness are also actively replacing the lower-ranks with lower quality people — dumber, fatter, and less competent overall.

We must come to realize that every single institution in the country has come under the control of forces that are utterly hostile to the interests of the American people.

With a clear eye as to the nature and scope of the problem, we will prevail. 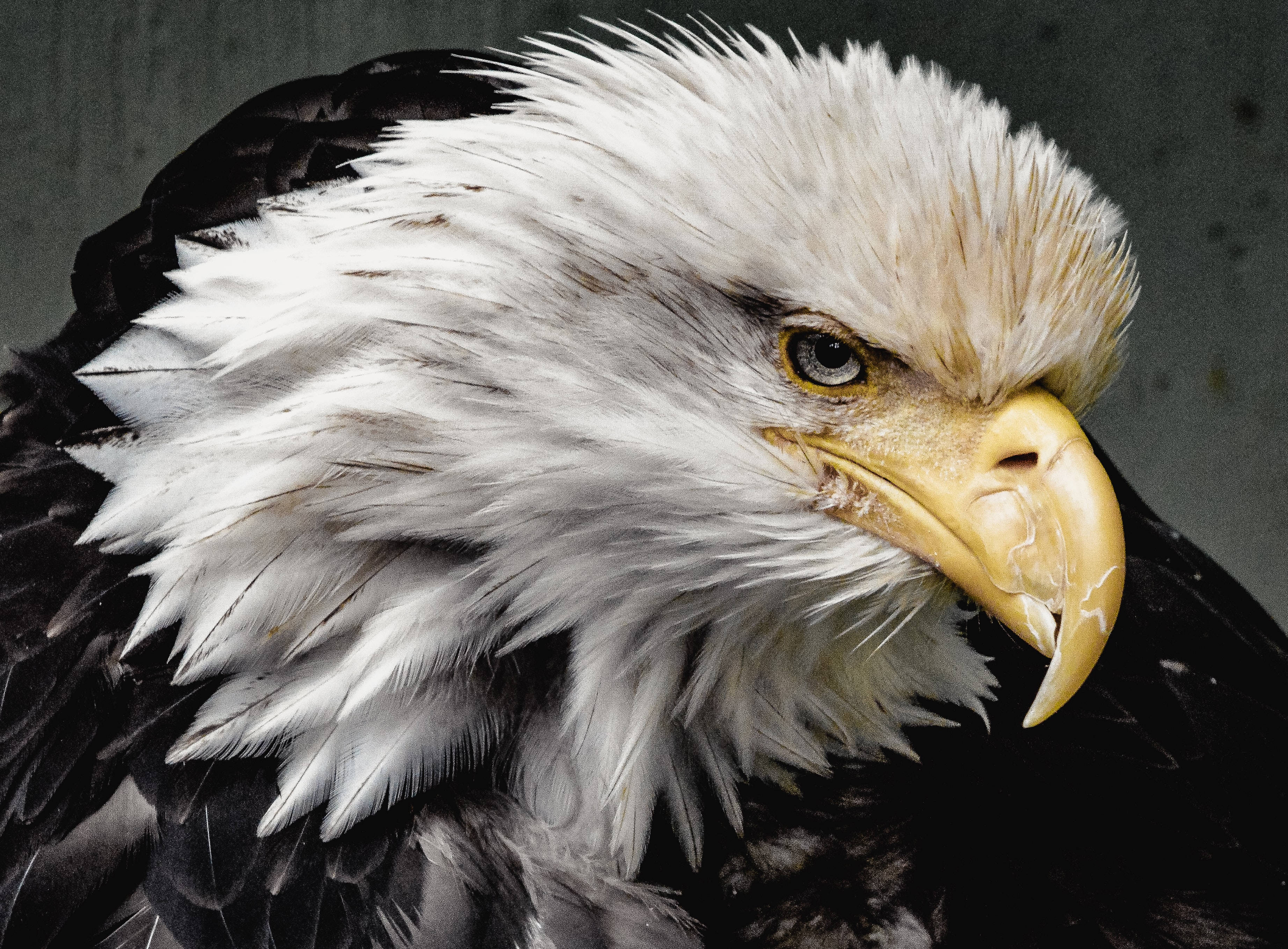