UPDATE: Multiple sources now indicate Senator Mike Braun has backtracked under pressure and is refusing to pull the bill.

Ryan Girdusky has confirmed our reporting.

I took down the tweet from about qualified immunity because Braun's office is insisting that he's not pulling it. I can confirm that he absolutely was having that conversation earlier in the day. We'll see what unfolds.

We will keep you updated on this important story.

Revolver News has learned from an inside source that Senator Mike Braun of Indiana will be withdrawing his bill to reform qualified immunity because it is being absolutely slammed in the state of Indiana.

This comes on the heels of Senator Braun’s disastrous performance on Tucker Carlson, which was widely panned by populists and conservatives.

‘How About Mike Braun Give Up His Immunity First?’: Tucker Carlson Rips GOP Senator Over Police Qualified Immunity Bill https://t.co/CEBeoBKtpb 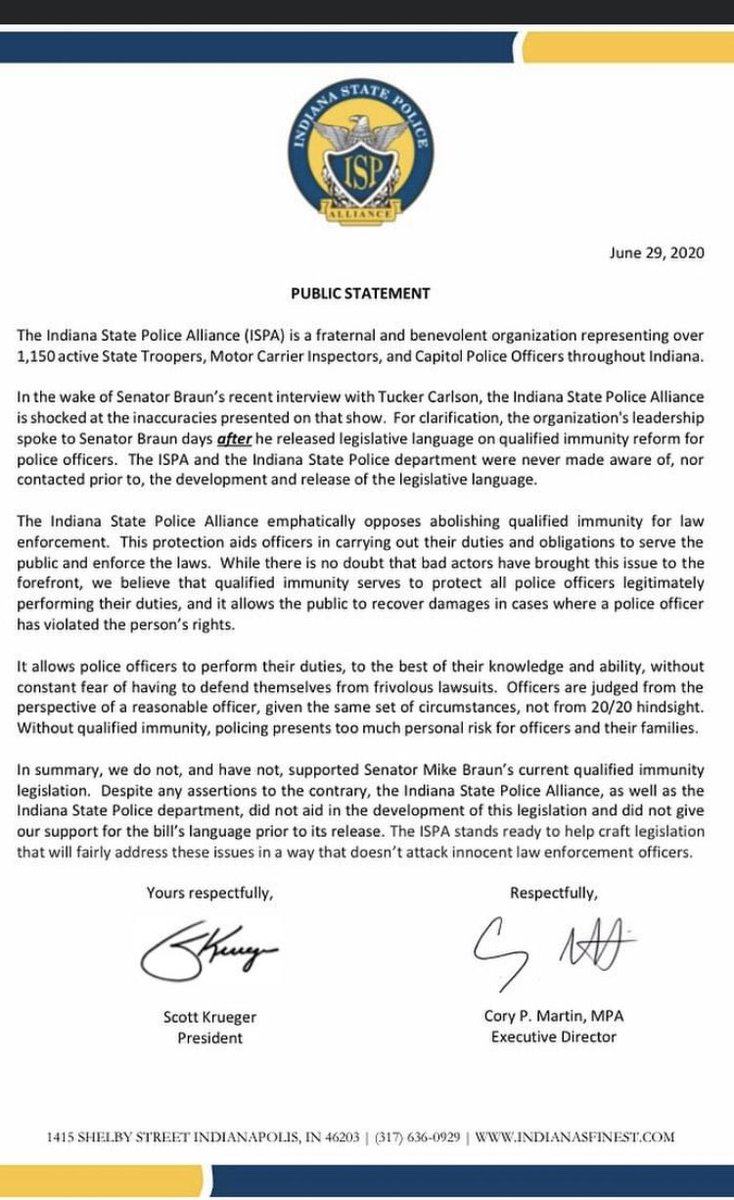 Senator Mike Braun is a rookie, so maybe he became a little too overconfident and a little too dependent on the dishonest mainstream news media, which President Trump has labeled ‘fake news’ and the ‘enemy of the people.’ In any case, Senator Braun would do well to reconnect with the American people and his constituents in Indiana, and forget about what CNN is saying.

You can watch the full Tucker Carlson segment here.