UPDATE: The sixth shooting victim has sadly died from his injuries.

A sixth person has died following a deadly shooting rampage in South Carolina perpetrated by a former pro football player who later took his own life.

Robert Shook was a father of three whose loved ones described as a hard worker who always put his children first. He was shot six times Wednesday when former NFL player Phillip Adams is believed to have gunned down a doctor, the doctor’s wife and their two grandchildren. [NBC News]

The media is finding itself between a rock and a hard place lately.

They’ve been working overtime to convince us that “white supremacy” is the true threat this county is facing. Meanwhile, reality and facts are not working out in their favor.

First of all, crime is soaring in Democrat-run cities, thanks to their “Defund The Police” campaign.

Movements to defund the police have grown since George Floyd died in police custody in Minneapolis. Defunding means reallocating or redirecting funding away from the police department to other government agencies funded by the local municipality.

More than 20 major cities have reduced their police budgets in some form, though the scale and circumstances vary.

The results have not fared well in Los Angeles, Oakland, New York City, Portland and Austin. Homicides in Oakland, California, have risen 314 percent compared with the same time last year and law enforcement has seen a 113 percent increase in firearms assaults. [KMJNow]

But the bad news gets even worse for the media. The latest rash of shootings, attacks on Asians, and “insurrections” at the Capitol have involved black men.

Remember when the media did their best to try and turn the attacks on Asians into “white supremacy” after the massage parlor shootings?

They tried — A for effort — but it didn’t work out for them. Even liberal utopia San Francisco has given up that spin and conceded that black people are attacking Asians at an alarming rate.

At least four high-profile attacks involving blacks and Asians have occurred since January in San Francisco and Oakland, including the beating death of Tian Sheng Yu, 59, last month. Two 18-year-old men have been charged with murder.

Now Chen and his family have joined a chorus of voices in the Bay Area saying that the increasingly visible and deadly incidents of black-on-Asian violence are racially motivated.

“I don’t like to say this is race discrimination, but I have to say it!!!” Rongshi Chen’s daughter-in-law, Si Chen, wrote in an e-mail.

Others — including the police chiefs of San Francisco and Oakland — are just as emphatic that the problem is not hatred of Asian Americans, but a hazardous collision between angry young men and a vulnerable population with cash in their pockets. [SFGATE]

That article is a hoot. According to the reporter, black men are not attacking Asians because of “racism” — they’re just attacking people who stereotypically make good money. That’s quite a spin-job.

It’s amazing the pretzels liberal reporters will twist themselves into in order to provide cover for black crimes.

And nowhere is that pretzel-twisting more apparent than with the recent murder of a white family of five in South Carolina.

On Wednesday afternoon, Dr. Robert Lesslie, 70, and his wife, Barbara, 69, were pronounced dead at the scene along with grandchildren Adah Lesslie, 9, and Noah Lesslie, 5.

The family was murdered by Phillip Adams, a former NFL player who killed himself during a police stand-off shortly after the shooting. 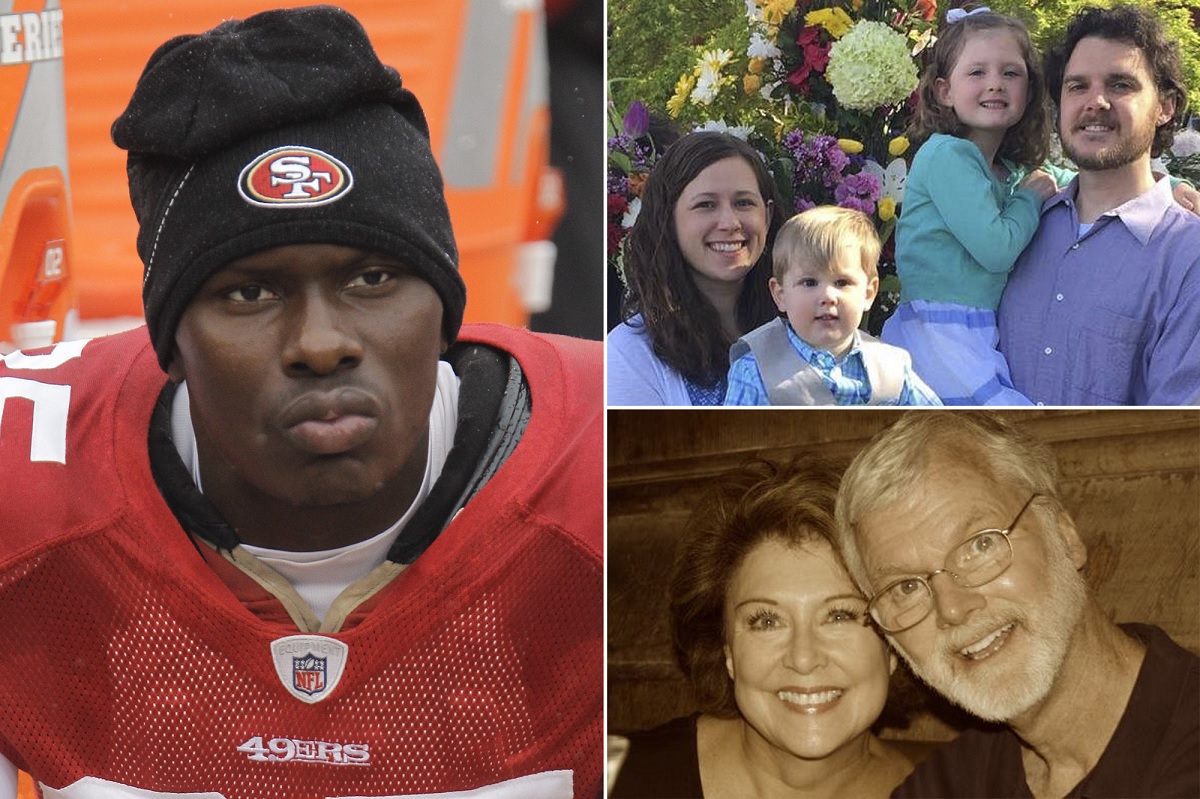 Reports indicate that Adams had been treated by the doctor at some point.

This story was a golden opportunity for a fair-minded press to dive into this man’s past and explore the very real possibility that “racism” was a motive — especially in this divisive climate and with all the other black “hate crimes” going on.

God knows the media would have breathlessly explored that angle if the races were reversed.

However, the liberal AP reporter didn’t go that route. Instead, he got into his pretzel suit and wrote a piece about what a “good boy” this murderer was and how “football” was likely to blame for the killing spree.

Just look at how the AP framed this story:

Adams, 33, played in 78 NFL games over five seasons for six teams. He joined the 49ers in 2010 as a seventh-round draft pick out of South Carolina State, and though he rarely started, he went on to play for New England, Seattle, Oakland and the New York Jets before finishing his career with the Atlanta Falcons in 2015.

As a rookie late in the 2010 season, Adams suffered a severe ankle injury that required surgery that included several screws being inserted into his leg. He never played for the 49ers again, getting released just before the 2011 season began. Later, with the Raiders, he had two concussions over three games in 2012.

Whether he suffered long-lasting concussion-related injuries wasn’t immediately clear. Adams would not have been eligible for testing as part of a broad settlement between the league and its former players over such injuries, because he hadn’t retired by 2014.

Adams’ father told a Charlotte television station that he blamed football for problems his son had, and which might have led him to commit Wednesday’s violence.

“I can say he’s a good kid — he was a good kid, and I think the football messed him up,” Alonzo Adams told WCNC-TV. “He didn’t talk much and he didn’t bother nobody.” [Associated Press]

The AP story goes on to say how police tried to negotiate with Adams as he took refuge in his parent’s home, begging him to surrender, promising him that they would take care of his disabled mother.

Good lord, is this Tiny Tim, or a vicious killer? It’s hard to tell at this point.

In the end, Mr. Adams shot himself and eliminated any chance we have to discover the real reason why he murdered this prominent white family.

This story and Mr. Adams will now be buried 6 feet underground and never spoken of again — except as an example of how “evil” football is.