“Our people have all left Drudge ... They like REVOLVER and others!”
President Donald J. Trump
“...many of Drudge's long-time readers have fled to Revolver News...”
Tucker Carlson, FOX News
Close No thanks, I don't want breaking news emailed to me
Rittenhouse’s Acquittal Is A Great Moment, But It’s An Atrocity Things Ever Came This Far

← Front page / Exclusive
Rittenhouse’s Acquittal Is A Great Moment, But It’s An Atrocity Things Ever Came This Far
November 19, 2021 (6mo ago) 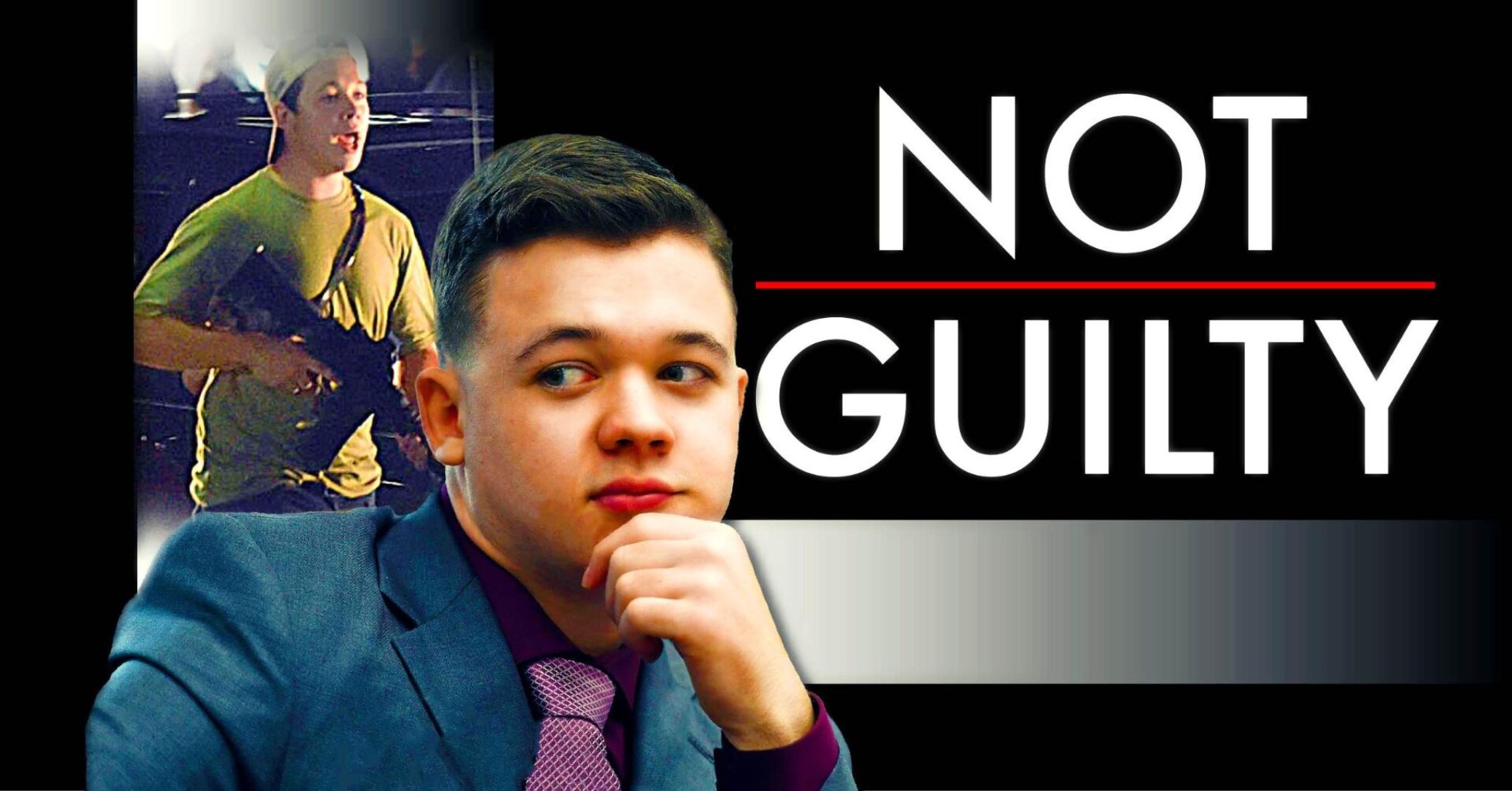 Savor this victory, for rarely is one so sweet or so well-earned.

Moments ago, the jury in the Kyle Rittenhouse case announced its verdict: Not guilty on all counts.

The Globalist American Empire brought all its power to bear to obliterate Kyle Rittenhouse for the “crime” of protecting himself from a pedophile rapist, a violent psychopath, and an Antifa felon. They wanted to leave a smoldering crater where there was once a kind-hearted teenager, as a warning to any other do-gooders who might think about protecting their communities or themselves. What if other upstanding, moral, law-abiding Americans saw Rittenhouse as a model? What if they too began using legal self-defense against the freakshows and pedophiles and lumpenprole criminals who people the Antifa “movement” and act as the GAE’s ideological shock troops?

They know, deep down, that Rittenhouse was a higher tier of person than the BLM creatures he slew, or the politicians who condemned him. He had to be destroyed.

But this time, the GAE failed.

Everyone in America should enjoy and celebrate Rittenhouse’s vindication. But justifiable celebration must not crowd out necessary self-reflection. There are bitter lessons in the Rittenhouse case.

The first, and most important, is that this verdict does not vindicate the American justice system, or represent a turning point. In fact, the very fact that this outcome counts as a “victory” shows how bad things have become.

Prosecutor Thomas Binger, who sported multiple Star Wars-theme lapel pins during the trial, acted as a near-caricature of a soyfaced Reddit prosecutor, desperately trying to score “points” against Rittenhouse with flimsy character attacks. During his cross-examination of Rittenhouse, Binger suggested Rittenhouse might be guilty because:

This trial has it all! Kyle Rittenhouse, under oath, asked to describe call of duty to the prosecutor pic.twitter.com/Ukke0oaT3v

Kyle Rittenhouse owns scumbag prosecutor when asked why he tried to put out a fire started by rioters. pic.twitter.com/5PZJRywSj5

This line of questioning insinuating that Rittenhouse lied about being a firefighter when he was part of the Antioch Fire Department's cadet program for teenagers was absolutely ludicrous. pic.twitter.com/PqCUvvdA4f

Kyle Rittenhouse says he still had his medic bag after shooting three people during Kenosha unrest, but did not offer to help them or check if they were alive or dead

"I kept walking to get to the police line," he says https://t.co/6zHGXaFu9m pic.twitter.com/bWTSoCRpJd

At other points in the trial, Rittenhouse “victim” Gaige Grosskreutz admitted he was pointing a gun at Rittenhouse (accidentally!) when he was shot, and admitted lying to police about it. During testimony from Daily Caller reporter Richie McGinniss, prosecutors tried to twist his testimony to say that convicted child rapist Joseph Rosenbaum was “falling” toward Rittenhouse, instead of “lunging.”

The prosecution’s conduct was so shoddy and so underhanded that at one point Judge Bruce Schroeder literally shouted them down in the courtroom.

NOW – Judge in Rittenhouse trial screams at the prosecutor. pic.twitter.com/UBxDTwVIoT

In short, this case was a sham from the beginning. There was no ambiguity, no doubt about the just outcome. This case should never have been brought. Yet it was anyway, for political reasons. Every day that the sham continued, the press did its part to lie to the public (and, potentially, the jury, which was not sequestered for the trial). 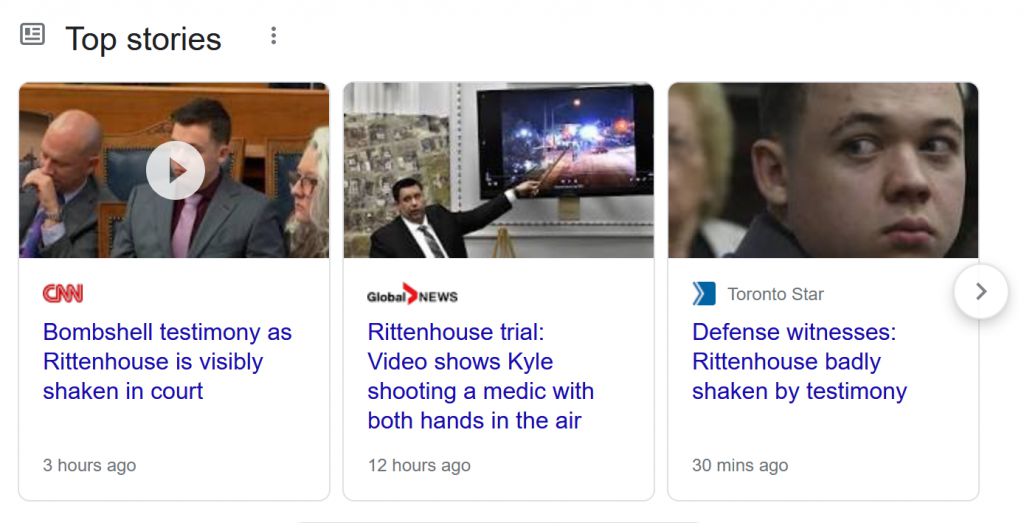 At the Washington Post, “reporters” ignored egregious misconduct by prosecutors, to instead vilify the judge who held them in check.

This verdict could easily be the “last gasp” of a real justice system in America. Judge Bruce Schroeder, who has done so much to shut down the underhanded and malicious tactics of the prosecution, is more than seventy years old. The pool of Americans with his character and skill is declining by the day. In the years to come, thousands of millennials, people who take to soy like a fish takes to water, will occupy the nation’s benches. And if one of them was overseeing the trial, the outcome could easily have been very different.

Everything about the Rittenhouse prosecution represents the decline of America. In a functioning civilization, Rittenhouse would never have had to defend himself at all, because leaders would not have allowed an entire city to collapse into looting and mayhem. At the first sign of trouble, they would have sent the police out with a clear mandate to keep the streets clear and orderly by any means necessary. Would-be looters would have received the instant justice they deserved, and businesses would be protected. But America increasingly isn’t a functioning civilization, so leaders cowered, told police to stand down, and abandoned law-abiding citizens to the mob.

In a functioning civilization, even after the shooting, Rittenhouse would never have been charged. All three shootings were caught on video for the entire world to see. Every video made it obvious that Rittenhouse was defending himself. Revolverwrote about it literally the very next day.

FLASHBACK: Kyle Rittenhouse Did Nothing Wrong: All Available Evidence So Far Points to Clear-Cut Case of Self-Defense

Yet despite Rittenhouse’s obvious innocence, most of the conservative movement spent the last year and even the last week in abject cowardice, refusing to defend him.

The NRA babbles endlessly about the right to self-defense, yet in the single most high-profile case of such self-defense in a decade, they were silent. National Review may have defended Rittenhouse during the trial, but a year ago, instead of praising Rittenhouse’s bravery, they moaned that he “should not have put himself into the middle of Kenosha’s civil unrest” and complained that he violated a curfew (oh no!).

Even the non-Tucker Carlson wing of Fox News, as of late, has finally jumped on the pro-Rittenhouse bandwagon.

Ted Cruz enjoys posting anti-Big Bird memes, but he’s never posted a single thing supporting the Kenosha Kid. Neither have Marco Rubio, or Rand Paul, or Mike Lee. In fact, as far as Revolver could find, there aren’t any Republican senators who have expressly spoken in support of Rittenhouse. Instead, they have stayed silent, or triangulated by simply calling the whole thing “a tragedy,” as Ron Johnson did.

In fact, it’s easier to rattle off the short list of conservatives who did rally behind Rittenhouse. Tucker Carlson, to his eternal credit, said that Kyle “maintain[ed] order when no one else would.”

100% justified self defense. Do not try to take a weapon away from a man or bear the consequences.

The criminals here: Kenosha local government that allows the riots, burning and looting night after night. Armed citizens defending themselves will fill the vacuum. https://t.co/7L5jvPBcHb

Matt Gaetz spoke up for Rittenhouse as well.

But tellingly, the strongest statements aren’t from elected Republicans, but instead mere candidates, like J.D. Vance, Blake Masters, and Joe Kent.

I just watched a boy recount an act of offensive violence committed against him, and break down in tears. Everyone, from the "journalists" who condoned this violence to the president of the United States who called this kid a white supremacist, is culpable for this.

There are those who stand up for Kyle Rittenhouse, and there are cowards. Choose wisely. https://t.co/Wc2HaVvdT4 pic.twitter.com/mzJwBxYB8t

People have different reactions to inflicting harm on other humans, no one reaction is correct or standard.

Kyle’s reaction shows that he did not want this & that he has not fully processed the situation that he was put in.

Pray for this young man. https://t.co/aa9v2eRWPE

If Rittenhouse’s acquittal is to be a true turning point in American history, then the reactions of Vance, Masters, and Kent must be the default response of the entire GOP. Republicans must realize that the system can’t be trusted, that prosecutors can and will bring trumped-up, political charges solely to humiliate and terrorize their enemies.

The passion of Kyle Rittenhouse is only the beginning of what is to come. This stumbling, dishonest, incompetent, malicious abortion of a prosecution was the product of the Kenosha County district attorney’s office trying to execute the mandate of the Globalist American Empire.

Soon, a whole raft of defendants will face bogus, politically-motivated charges for their involvement in January 6. They won’t benefit from a middle-American jury pool or middle-American judges. They won’t be facing a handful of hack attorneys, but instead the full force of the federal government, with an unlimited budget and thousands of lawyers to draw upon.

If Republicans refuse to call the 1/6 Inquisition what it is, a political purge of regime enemies, then they will be submitting to the new reality the attack on Kyle Rittenhouse helped create. And if they refuse to launch counterattacks when they have the ability to do so, they will simply be marking time until the next Kyle Rittenhouse is targeted for destruction. The Obama administration sent the DOJ on fishing expeditions against police departments that shot too many criminals. Republicans should launch investigations against the prosecutors responsible for these sham persecutions.

Because make no mistake, more sham prosecutions will come.

Nevertheless, Americans should still savor this victory. They should take delight in the shrieks of agony from the hateful creatures of Twitter and Washington, D.C., who can neither understand nor comprehend a hero like Kyle Rittenhouse. And a hero is exactly what Kyle is. Normal people don’t run out into a braying Antifa mob to protect homes and businesses. Normal people, charged with murder, don’t take the stand in their own defense; the attorneys will all say it’s too risky.

But Kyle Rittenhouse did go out to face the mob. And he did take the stand in his defense. Why? Because it’s what a hero would do. A smart person avoids trouble and saves his own skin. A hero races into the mouth of danger, oblivious to harm. A hero does what is right, not what is easy.

All hail Kyle Rittenhouse, Champion of Antioch, Savior of Kenosha, Slayer of Pedophiles! All hail the conquering hero!