What is going on here exactly?

A sampling of some of the messages I’ve received. Weapons and ammunition are being stripped from active duty units all over the world and being sent to Ukraine. What I actually found the most interesting was the Governor of New York is sending their Guard’s MREs to Ukraine. pic.twitter.com/zBtY49qtKT

Extremely concerning. More and more reports are surfacing of the U.S. military “demilitarizing” active duty units — stripping them of their weapons to send to Ukraine. One suspects big handouts to the defense military-industrial complex will soon be on the way — but with the collapse of manufacturing expertise, is the U.S. still capable of making these weapons at scale?

Here is a close-up of the leaked images: 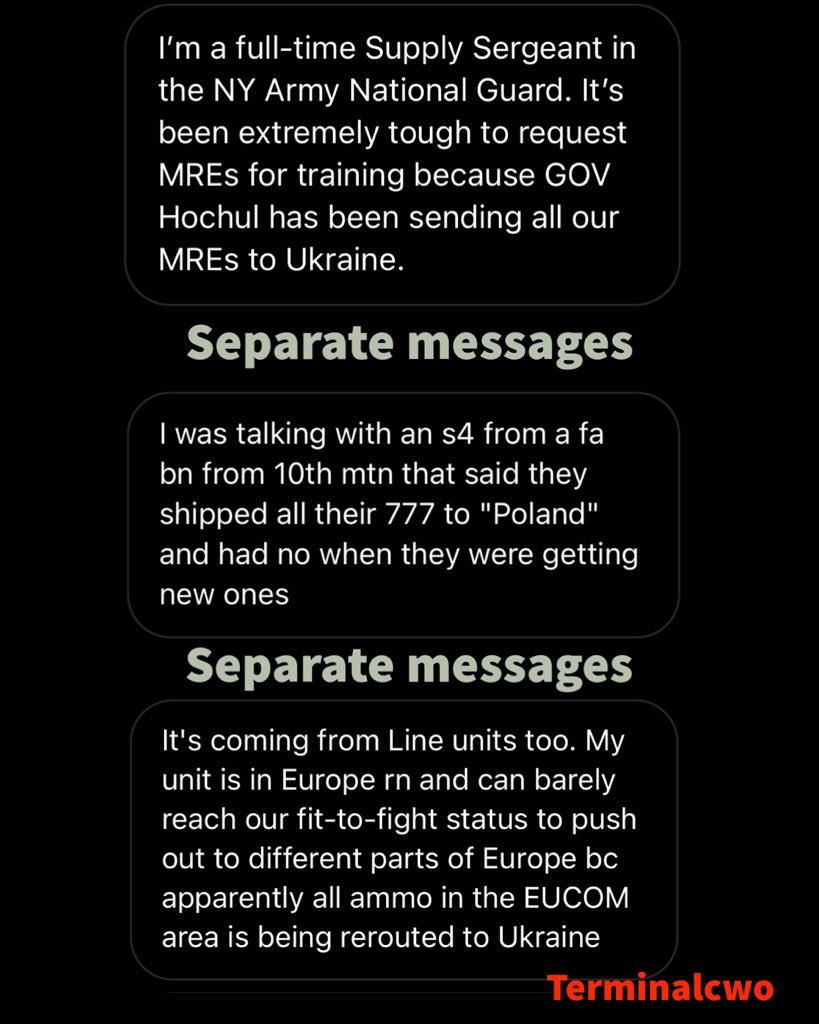 In a twist I didn't expect this early, the US military is starting to withdraw equipment in active service to send to Ukraine. pic.twitter.com/S51c5Qn5jc