They don’t call it the Stupid Party for nothing.

For those who still think these aren't stupid people.

The only Republican President to win Rust Belt states in four decades opposed cutting Social Security and other entitlements.

They think that's somehow irrelevant because they're dumb. https://t.co/Kln61R7k6U

You can go ahead and kiss Herschel Walker goodbye. Between GOP idiocy and Dem ballot harvesting, there’s basically zero chance he wins that seat.

The traders seem to get it. 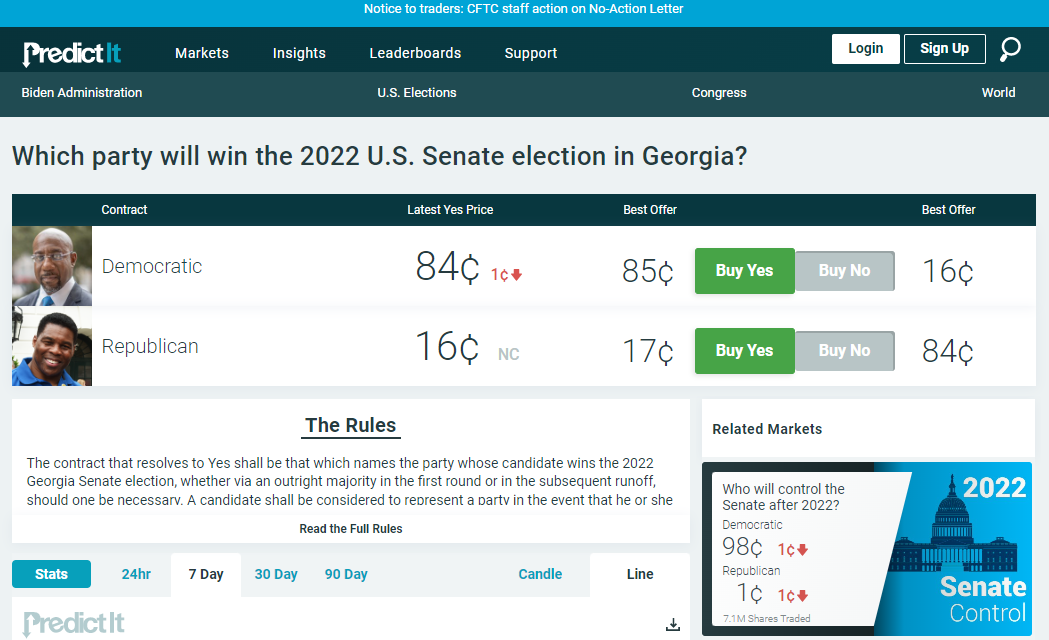