Vehicular castration: Imagine trying to “rev” the engine of your electric “muscle car”…

They’ve been trying to get rid of the all-American muscle car since the 1970s. That’s when they introduced the “clean air act” and Jimmy Carter’s America was grappling with the fuel crisis — and if that wasn’t bad enough, insurance costs were also skyrocketing.

And of course, one of the first victims to fall amongst all this bad energy news were the American muscle cars.

Looking back now, you have to wonder if the energy collapse was all part of a much bigger plan…

But muscle cars eventually made a comeback in the mid 2000’s when Dodge reintroduced the Charger, Challenger, and Chevy released the new Camaro.

And what a booming explosion it was!

Consumers couldn’t get enough of the testosterone-fueled cars. 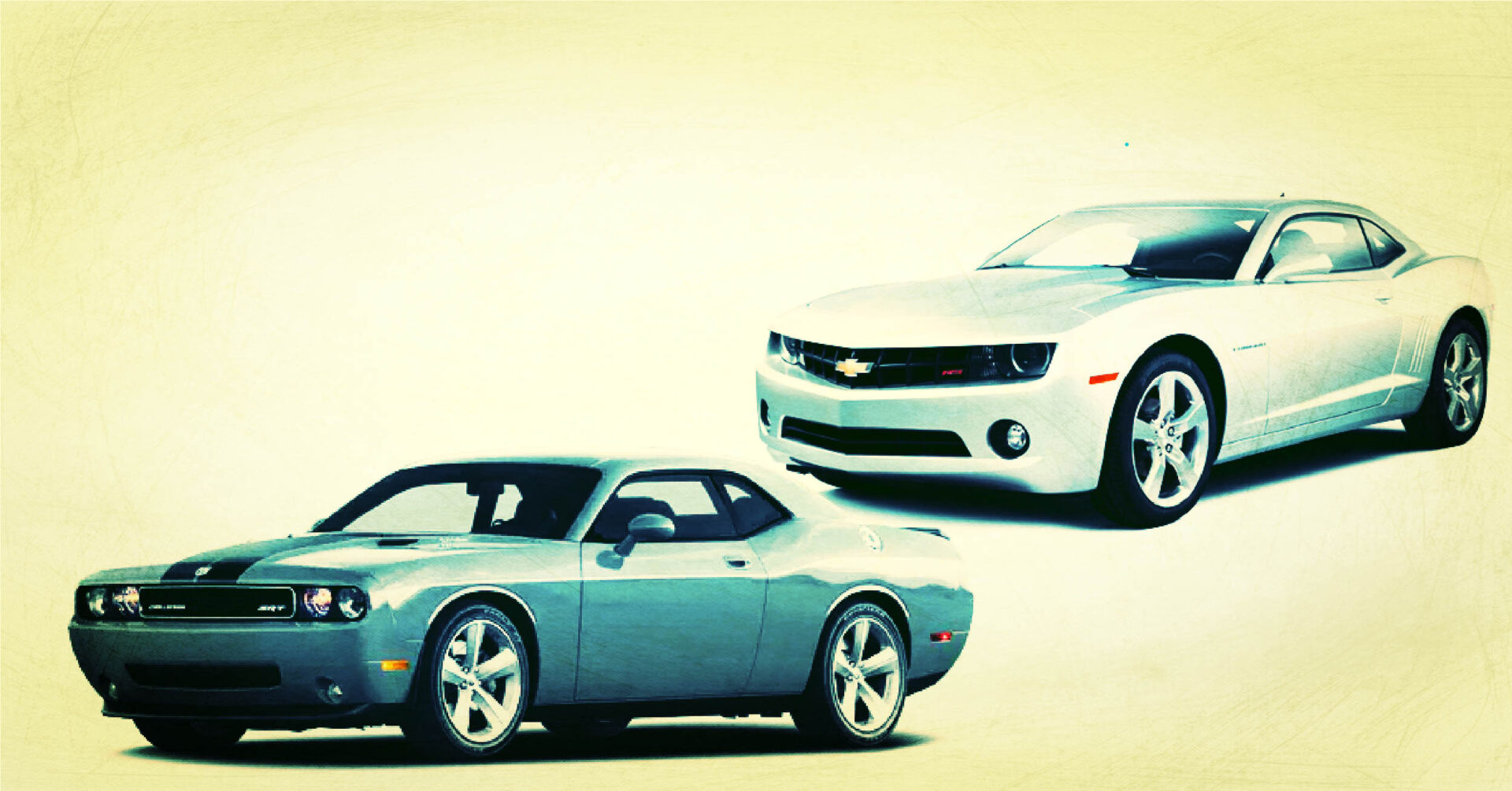 The good old days were back, baby, and it felt good to be a toxic American male again.

But sadly, the good times wouldn’t roll for long enough.

The glorious return of unbridled manliness only lasted about a decade, because in 2022, carmakers announced they were discontinuing the “gas-guzzling/unsafe” muscle cars once again, and this time, they were adding insult to injury by turning those amazing V8 chariots into sissy-powered soy-mobiles.

[…] automaker Dodge announced that it would discontinue production of the Challenger and Charger, at least after releasing a whopping seven special edition “farewell” models to capitalize upon the end of the era. Made famous by racist, violent TV shows and movies like Dukes of Hazzard and the Fast and the Furious — and made infamous for their involvement in deadly crashes, like the Charlottesville vehicle-ramming attack that killed protester Heather Heyer — the two models have been icons of American automotive violence and toxic masculinity for more than five decades.

The news was greeted with hesitant enthusiasm by some street safety advocates, who have long flagged Dodge’s particularly aggressive advertising campaigns as an understudied and under-regulated factor in the U.S. traffic violence crisis, even as evidence has emerged that simply watching ads like theirs that depict dangerous driving makes motorists more likely to actually drive dangerously.

That enthusiasm was tempered, though, by the news that the Challenger and Charger may not actually go away — because Dodge will likely re-release electric versions of them.

Good riddance. Although if anyone believes that @dodge will produce anything less menacing, deadly or violent via their next chapter of EVs (aka eMuscle to Dodge), they’re dead wrong. This brand will continue building and marketing violence regardless of what powers the engine. https://t.co/9vaksBt7fA

Clearly, it’s not about “safety” or “saving the planet” for the left. Because if that were the case, they wouldn’t be so hesitant about “green” muscle cars, would they?

This is about what muscle cars symbolize: raw power, gasoline-injected aggression, and unapologetic masculinity.

This is the “testosterone trifecta” the left has been trying to erase off the face of the planet for decades now.

And unfortunately, they’ve had some successes along the way.

This is what they’ve taken from our garages, driveways, and highways.

Imagine trying to rev the engine of your “electric” muscle car?

Talk about a vehicular castration…

Much like the traditional buildings of bygone eras, the craftsmanship and personality of the American muscle car is being replaced with an ugly “modern” imposter, with no tradition, no soul, and no real identity – a shell of a car, that will go “zero to sixty” in 20 minutes, as long as you’ve got a full charge.

Reject this electrified gruel your overloads are trying to feed you, and demand a return to the tradition and majesty of the artistic all-American muscle car.

She was a beauty, who ran on unleaded dreams and left a trail of intoxicating fumes in her dust… and we need that power and muscle now, more than ever.