← Front page / News
After Judge’s Ruling, Heartbroken Father Must Pay $5K a Month So His Ex-Wife Can “Transition” His Son James into a Girl
August 13, 2020 (1mo ago) 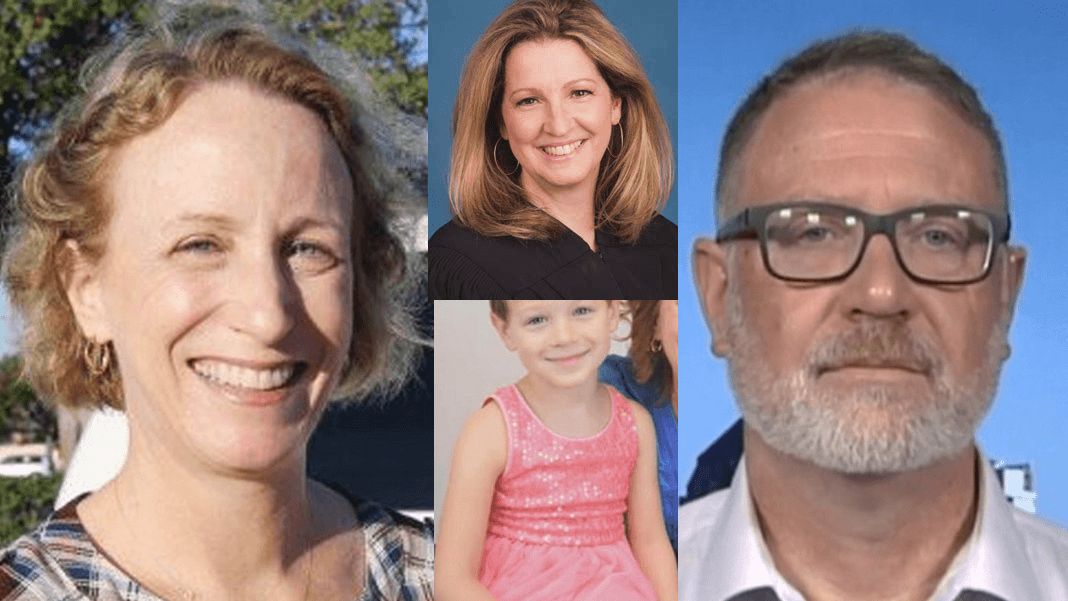 Many of you will recall the case of Little James Georgulas, the young and precocious Texas boy whose mother wanted to turn him into a girl named “Luna.” Last year, James became a cause celebre on the right. His father, Jeffrey Younger, sued to prevent James’ crazed mother, Anne Georgulas, from transitioning him into a girl with dangerous hormones and abusive “therapy.” James’ father originally won on appeal, but now that decision has been overturned by a crazed female judge, Mary Brown. Not only will Little James be forced to “transition” into a girl named “Luna,” but his lucky father gets to pay $5K per month for the privilege!

Yesterday, a Dallas judge took away Jeffrey Younger’s say in his son James’ medical, psychological, and psychiatric care, giving that power to James’ mother, who wants to “transition” him into a “girl.” After receiving national attention in October 2019, the bitter parental dispute had ultimately resulted in both parents getting a say in decisions regarding James and his twin, Jude; this ruling effectively reverses that.

James Younger’s mother, Dr. Anne Georgulas, will now be able to enroll the eight-year-old in school as a “girl” named “Luna” and subject him to transgender medical procedures.

Yesterday’s ruling effectively reverses Judge Kim Cooks’ October order. After almost a week in court, in October Cooks had granted both parents, Mr. Younger and his ex-wife Dr. Georgulas, a say in medical, psychological, and psychiatric decisions for James and Jude. If the parents could not agree, a court-appointed parenting coordinator would be the tie-breaker. Now, Georgulas – who supports subjecting James to a gender “transition” – will be in charge of those decisions. Georgulas is not even James and Jude’s biological mother; she and her now-ex-husband used an egg donor to conceive the boys via in-vitro fertilization.

Yesterday, Judge Mary Brown, who was appointed to the case in January, granted Georgulas’ requests to force Mr. Younger to pay for counseling for James and Jude and attend family counseling. Mr. Younger previously objected to both of these requests as he was not allowed a say in the selection of the boys’ counselor or the family counselor.

The “Save James” Facebook page, run by individuals who support Mr. Younger’s cause, claims counseling will cost Mr. Younger $5,000 a month, in addition to a $10,000 retainer required by the counselor. Court documents do not specify the cost for counseling or the retainer.

According to the “Save James” Facebook page, Judge Brown’s order will also allow Georgulas to enroll James in school as “Luna.” Court documents indicate that Younger wanted to pull the boys out of school in favor of homeschooling.

Judge Brown’s ruling came without the hearing that was scheduled to take place yesterday. There was no explanation why Judge Brown issued her order without the proper hearing.

According to the “Save James” Facebook page, “a special evidentiary hearing is scheduled for September,” to review the current orders. [LifeSiteNews]

This is truly a sickening and depraved situation. Please pray for James and his family, that this demented and sickening order may eventually be overturned in September.

This is the situation we are living in now, unfortunately. Men basically have zero control over their own families and their own children. We used to say that a man in America was “a king in his Castle,” but every day that ceases to be the case. The government will be able to force your kid to “transition” or take “estrogen” to take away his “toxic masculinity” under the left’s new, proposed regime.

A man in his own Castle nowadays has very few rights, and if President Kamala has her way, what remains of the First, Second, Fourth, Sixth, and Eighth Amendments will be completely stripped away

No freedom of expression if the left says it’s “hate speech.” No right to bear arms on America’s lawless streets, or even in your own “castle” for that matter. No right to be secure in your home or person. No right to a speedy and public trial, as you will be stripped of your arms via “red flag” laws and treated as a “domestic homegrown terrorist” if you disobey “Slay Kween Kamala.” And you will be cruelly and unusually punished in the most vicious of ways, as evidenced by this ruling which condemns Jeffrey Younger and his son James to a most unusual and Kafkaesque hell.

In other news, Joe Biden the “devout Catholic” is totally out to lunch on the transsexual issue.

His campaign is going around telling everyone how he is the greatest and most devout Catholic who ever lived. They have not yet determined whether or not Joe Biden is indeed more Catholic than the Pope, but we eagerly await their announcement.

This is the kind of moral conviction we need in the president of the United States. pic.twitter.com/iJKAOVoFns

Of course, even this Pope, who is viewed by many as a progressive, has condemned transsexual ideology in the strongest possible terms.

Pope Francis has lamented that children are being taught at school that gender can be a choice, adding that his predecessor, Benedict XVI has labeled current times “the epoch of sin against God the Creator.”

The pope said he wanted to conclude his remarks by reflecting on this: “We are living a moment of annihilation of man as image of God.”

Francis said: “Today, in schools they are teaching this to children — to children! — that everyone can choose their gender.”

Without specifying, he blamed this on textbooks supplied by “persons and institutions who donate money.” The pope blamed what he called “ideological colonizing” backed by “very influential countries” which he didn’t identify, adding “this is terrible.” [National Post]

Don’t bother telling that to Joe, though. His mind is shot and he’s too busy sucking down his midday tapioca pudding.

Of course, the idea that some boys are born in girl bodies, and vice versa, is completely farcical and all a part of the left-wing agenda to completely invert the natural order until it is unrecognizable. By destroying the old order, and with it truth, beauty, harmony, and reason, they believe they will be able to create a vacuum of chaos and anarchy. The oligarchs believe that the people of the world will be so tired of the anarchy, violence, and chaos, that they will beg our globalist overlords for a totally new world order. “Ordo ab chao.”

The case of Little James is actually a sort of microcosm of what the globalists are attempting to do to the American people. James’ father has been completely financially and psychologically exhausted by the legal process, just as the middle class and small business are being bled dry with coronavirus lockdowns, and exhausted by chaotic riots in the streets and the phony, racist, anti-white ideology laughably calling itself “Black Lives Matter.”

Jeff desperately needs your help. Judge Mary Brown, without even having a hearing, has wiped out thousands of dollars for Jeff. He had a Writ of Mandamus in place to appeal her order that forced him into therapy. That Writ of Mandamus cost him well above 15k. It is now gone. Jeff needs help with donations. Consulting lawyers, drafting responses, attending hearings easily wracks his cost into the thousands. By now, Jeff has spent enough money to put James and Jude through medical and law school. This is insane. Please donate if you can and pass our donation link around. [Facebook]

Thankfully, a grassroots “Save James” effort has arisen from the community of concerned citizens who still care about right and wrong. You can donate to this cause here.

This is what the Judge in this case looks like. Evil can truly take very banal forms. 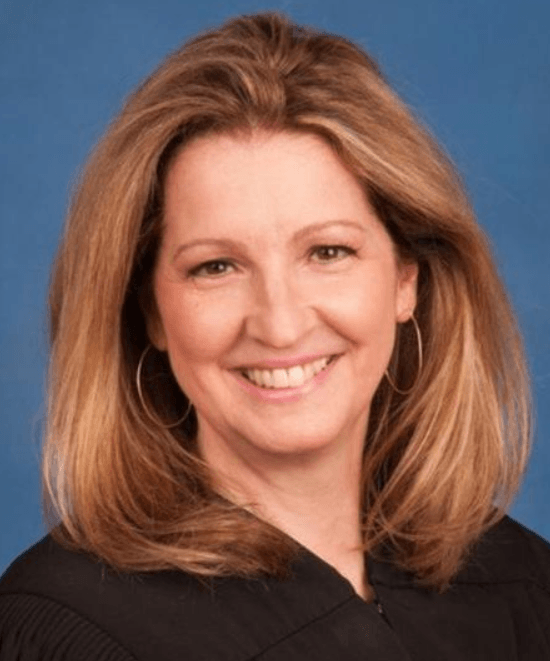 You may contact her here to politely send her a message, if you are so inclined.

It certainly is interesting that Dante wrote that there is a special place in hell for those who chose to remain neutral in the face of pure evil.

“Master, what is it that I hear? Who are
those people so defeated by their pain?”
And he to me: “This miserable way
is taken by the sorry souls of those
who lived without disgrace and without praise.
They now commingle with the coward angels,
the company of those who were not rebels
nor faithful to their God, but stood apart.
The heavens, that their beauty not be lessened,
have cast them out, nor will deep Hell receive them –
even the wicked cannot glory in them.”
And I: “What is it, master, that oppresses
these souls, compelling them to wail so loud?”
He answered: “I shall tell you in few words.
Those who are here can place no hope in death,
and their blind life is so abject that they
are envious of every other fate.
The world will let no fame of theirs endure;
both justice and compassion must disdain them;
let us not talk of them, but look and pass.” [Harpers]

Someone needs to send this passage from Dante over to the GOP establishment. According to Politico, there are high-level Trump officials who argue that the president must ignore the left’s transsexual ideology, even as they are using it as a boot with which to trample all over the face of the American body politic. Defending the American people and their sons and daughters from pure evil might get them labeled “transphobic” at the next cocktail party!

There is an enormous gulf inside Trump’s circle of campaign advisers and closest allies over whether, even at this fraught juncture, injecting transgender issues into the campaign is a potential key to victory or an act of self-destruction.

A cohort of establishment Republicans, social libertarians and new GOP converts oppose the strategy. Among them are Trump’s son-in-law Jared Kushner and his wife, Ivanka. They point to a raft of evidence—from the volatile bathroom debate in North Carolina that lost the GOP the governor’s race in 2016 to a bitter Republican primary in Pennsylvania’s 2018 gubernatorial race—that pushing anti-LGBTQ issues is slowly destroying the Republican Party, one high-profile race at a time. Kushner, the de facto leader of Trump’s 2020 operation, and Ivanka have previously worked to kill anti-LGBTQ measures inside the White House. [Politico]

Let the words of Dante be a lesson and a warning to cowardly judges and the cowardly Republican establishment, both of whom choose to do nothing as the forces of hell are unleashed on America. 67 responses to “After Judge’s Ruling, Heartbroken Father Must Pay $5K a Month So His Ex-Wife Can “Transition” His Son James into a Girl”