“Our people have all left Drudge ... They like REVOLVER and others!”
President Donald J. Trump
“...many of Drudge's long-time readers have fled to Revolver News...”
Tucker Carlson, FOX News
Close No thanks, I don't want breaking news emailed to me
Coronavirus Surge Narrative Cast into Doubt After Antigen Tests Result in 73 Percent False Positive Rate in Just One Small Vermont Town

A story just published by the Boston Globe about a mysterious string of coronavirus false positives in a small town in Vermont casts serious doubt on the accuracy of so-called “antigen” testing, and calls into question the entire mainstream media narrative about a “surge” in coronavirus outbreaks in the country.

In the small town of Manchester, Vermont, 48 out of 65 residents who tested positive for COVID-19 after taking an unreliable “antigen” test later tested negative after taking a “PCR test,” which is considered the gold-standard for COVID-19 testing. That is a 73 percent rate of false positives.

Sixty-five people…tested positive last week after completing the rapid antigen test offered at a private medical clinic in the heart of Manchester, Vt., a town of fewer than 5,000. News of an outbreak set off alarms in a state that to-date had fared well in the pandemic, registering the second-fewest cases in the country. Many local restaurants and retailers quickly shut down. The Saturday farmers market was canceled. State officials with little information scrambled to answer questions from reporters and the public as to how and where the outbreak began.

But in Vermont, positive antigen tests — a relatively new way of detecting an active COVID infection — require confirmation by another test: a polymerase chain reaction, or PCR, test, the gold-standard used by the government, hospitals, and professional sports teams. Of the 65 people who’d received those positive antigen tests, 48 would ultimately test negative via PCR. [Boston Globe]

So, they panicked and shut down their entire town, crushing local business and working people, all over a string of false positives thanks to an antigen test that has now come under scrutiny as “not ready for prime time.”

But although the antigen test was recently authorized by the Food and Drug Administration, it is not formally approved, meaning only a handful of studies — submitted by the very companies that markets the product — have been completed to verify its reliability.

“It’s amazing how little the FDA requires for an emergency-use application,” said Dr. David Hamer, an infectious disease expert at Boston University and a physician at Boston Medical Center. “To me, the antigen test is just not ready for prime-time use, especially to identify individual infections.” [Boston Globe]

This casts into doubt the entire coronavirus “surge” that is supposed to be taking place all over the country.

Unsurprisingly, the Boston Globe completely buried the lede. Maybe they didn’t want to take the heat from the left-wing coronavirus mob? Or, maybe they simply recognized that the coronavirus panic is simply good business for the media, government, and tyrannical Big Tech companies.

SEE MORE: How the coronavirus is making tech companies richer

States like Florida are now seeing a massive surge in positive test results without a corresponding rise in hospitalizations and deaths. This may be thanks to these antigen tests which are now suspected to be completely unreliable.

An enterprising reporter or academic would do well to match up the surge in coronavirus in states like Florida and Arizona with the introduction of antigen testing into these states.

More from the Boston Globe on the total unreliability of these antigen tests.

Unlike PCR tests, which detect the presence of genetic material, antigen tests detect specific proteins on the surface of a virus. In May, the rapid antigen test for COVID-19, made by the San Diego-based Quidel, became the first of its kind available for public use. A second product, made by New Jersey company Becton Dickinson, also received authorization in July. The Manchester clinic uses the Quidel test.

Quidel completed just three studies on its product, all involving frozen samples, before requesting authorization. A package insert for the product warns that “performance may be different with fresh samples.” Such sparse data is typically insufficient for public use, but the federal government’s Emergency Use Authorization authority allows unapproved medical products to be used in public health emergencies when no approved alternative is available.

“We don’t have any independent validation on these antigen tests,” said Dr. Gigi Gronvall, a biosecurity expert at the Johns Hopkins Center for Health Security. “Often those studies come out differently from those of the manufacturer. It’s just they don’t have access to the volume of samples necessary to do thorough testing.”

But even the limited studies have shown sensitivity to be the test’s Achilles’ heel, meaning sometimes the test produces false negatives. In one study, 20 percent of positive COVID cases were missed. Typically, the false negatives stem from those with smaller viral loads, who are not overly contagious at the time of testing.

Still, this noted lack of sensitivity does not explain what went awry in Vermont. It’s possible that the clinic received a faulty batch of tests or the processing machine malfunctioned. Quidel has sent a representative to Manchester to oversee and investigate operations, according to Bill Sklar, a spokesman for the company. The Manchester Medical Center maintains it followed protocol while running the tests, while the Vermont health department is treating the results as a cluster of false positives.

Rhode Island and Massachusetts include positive antigen tests in their daily case total, while Vermont and New Hampshire require confirmation via PCR. New York, where Liebig lives, is treating her as a presumptive positive case for COVID and mandating quarantine, despite her negative PCR test. [Boston Globe]

So, which other states are relying totally on these unreliable antigen tests? Does this correspond with a coronavirus “surge” in that state?

Liebig is relatively certain she’s negative since she has shown no symptoms herself and no one around her has reported symptoms. But she worries this testing debacle and the tussle between the clinic and the state only exacerbate a skepticism of testing systems.

“I got tested because I wanted to err on the side of caution, but this incident definitely makes me question the numbers to some degree,” she said. “It feeds all the conspiracy theories that this is some sort of political machine out to stop Trump from being elected. It’s all very frustrating.” [Boston Globe] 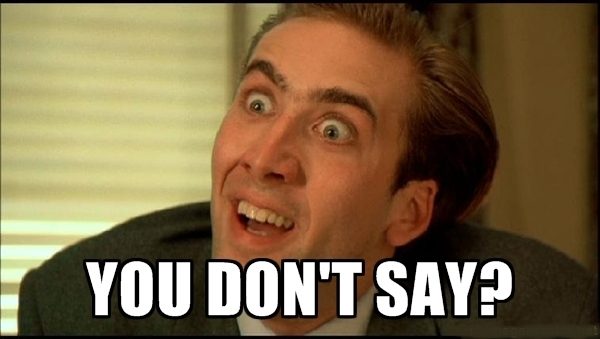 In 2020 America, lies, duplicity, and incompetence are the new normal, and nothing is quite as it seems.