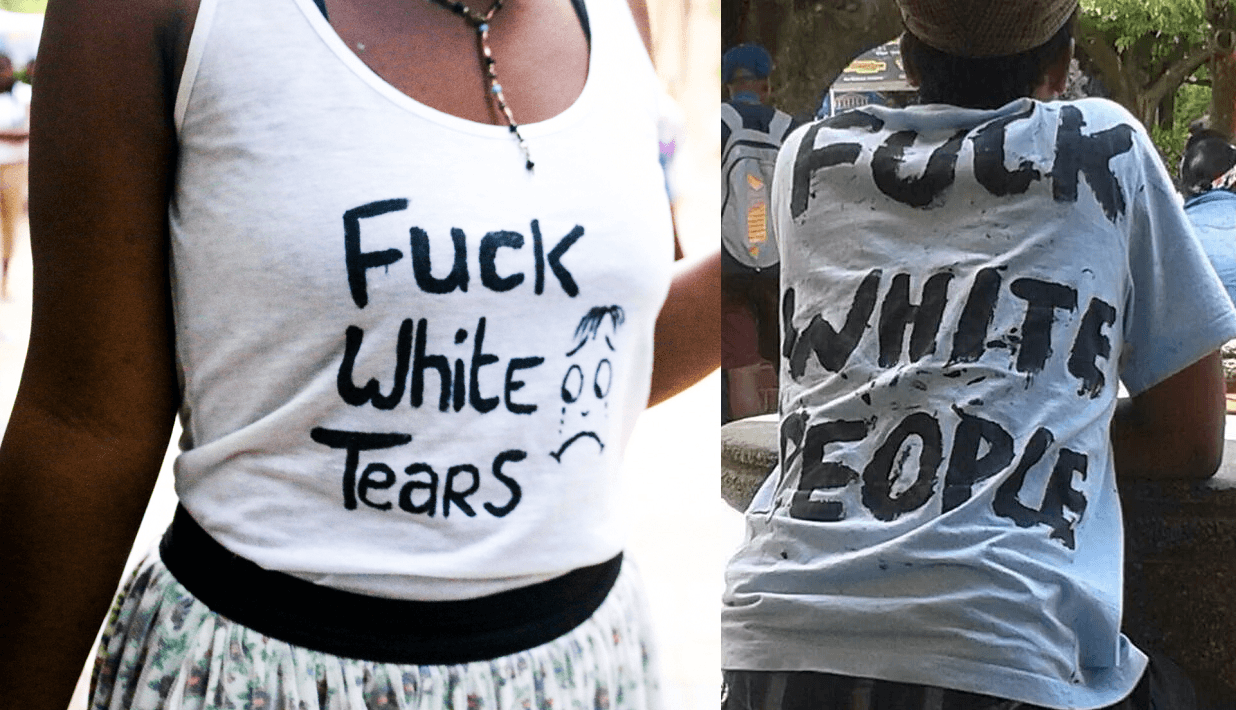 It’s tempting to go on the Black Lives Matter website and conclude that it is a Marxist movement. But as Jeremy Carl explains at American Greatness, Black Lives Matter is primarily an anti-white racist movement, and they are filled with genocidal hatred and envy of middle-class Americans.

Calling it a Marxist movement means nothing to most Americans, but more importantly, it’s not even accurate. Black Lives Matter does not care about class. They care about race, and they hate white people. More from Jeremy Carl:

First, BLM is fundamentally driven by racism and not Marxism. Second, the structural dynamics of BLM are diametrically opposed to a Marxist analysis of class struggle.

To understand why BLM’s racism is a much greater threat to America than its Marxism, we should remember that even among our miseducated American youth, there is precious little desire in the United States for actual Marxism. By a generous count, anything resembling a true Communist Party took far less than 1 percent in the 2016 presidential election.

But while Marxism thankfully still has a very small market share in the United States, anti-white racism unfortunately has a significant and growing one.

Black Lives Matter seeks to create the false impression there is a racist police war against African Americans and to further extend that analysis to a racial slander of white people, assigning them collective guilt they do not deserve.

The sad and ugly truth that the “BLM is Marxist” crowd ignores is that Black Lives Matter is a movement about dispossession and disinheritance—dispossession of America’s cultural heritage through attacks on statues of American heroes such as Washington, Lincoln, and Theodore Roosevelt, and dispossession of material inheritance through unwarranted demands for financial reparations.

In other words, it’s a shakedown operation based in hatred.

You may ask yourself, why is the ruling class, which by and large still at least pretends to be “liberal,” backing such an anti-liberal movement of genocidal hate? It’s very simple. They want power, control, and the destruction of the American middle-class, and the Black Lives Matter movement are their proxy warriors. More American Greatness:

It is a group of race-slanderers that seeks to dispossess millions of Americans of all backgrounds who value America’s heritage of their history, but is particularly keen to focus on white Americans as targets. It is run by a cynical rainbow coalition of “community activists” and corporate overlords who hope that the tiger they have unleashed eats them last, or even better, that it will be so sated by feeding on the desperation of America’s beleaguered middle class that it will not even bother to notice them.

We need to be clear on what Black Lives Matter is if we are going to win in our struggle against the group. They’re not Marxists, they’re racists.

If we can’t even correctly define our enemy, how can we defeat them?

The ruling class wants to strip whites of their hard-earned wealth, because the American middle class is the only group that even comes close to threatening their hold on power.

This is because elites want to strip Whites of their economic, political and social capital, as they are the only opposing force that can displace them. They do not fear Blacks, nor immigrants and such, as their capital was taken away long time ago. See Chicago, Baltimore https://t.co/qRadmUKdeu

They do not fear blacks or immigrants, because those groups do not have wealth nor a strong tradition of liberty in the Anglo sense, and civilization-building values.

Furthermore, the ruling class does not even care about black lives. They only care about blacks as long as they can serve as proxy warriors. In fact, the ruling class seeks to keep blacks a downtrodden and dispossessed revolutionary class by discouraging them from adopting the values that make civilization, including hard work, objectivity, the nuclear family, respect for authority, and delayed gratification.

It’s important that all Americans understand the stakes of this culture war. Black Lives Matter is an anti-white racist group, and the ruling class wants to stir up their genocidal hatred because they want us dead and dispossessed, and they think it’s funny.

There’s a reason some have taken to calling it the Interahamwe Left.

"When we win, do not forget that these people want you broke, dead, your kids raped and brainwashed, and they think it's funny.” – A wise man