The Black Lives Matter ‘movement’ is a hateful gang mob.

BLM has been raiding the public facebook of Jessica Whitaker, the White woman that they murdered in Indiana.
They are celebrating her death and mocking her family members. pic.twitter.com/w7UtUYWwbt

The Interahamwe Left is out for blood, and the mainstream media is fueling their genocidal hatred. 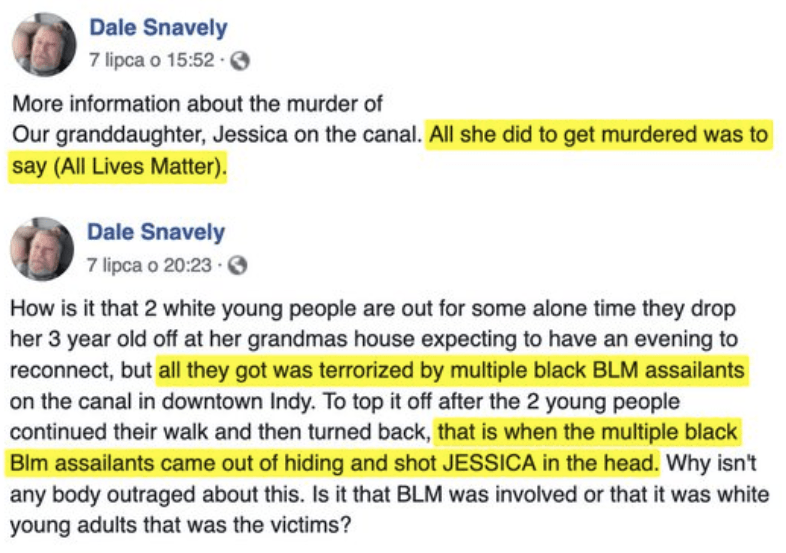 Black Lives Matter sociopaths are currently raiding the Facebook page of Jessica Doty Whitaker, the young mother who was murdered after saying “All Lives Matter,” celebrating her death and mocking her grieving relatives.

Doty Whitaker was walking by the canal in Indianapolis after a Fourth of July celebration with her fiance and two friends when they were approached by a group of people saying that “Black Lives Matter.” Someone in the group had allegedly used the word “n-gga” speaking to their friends in a non-disparaging way, which the thugs took offense to.

During the confrontation, Whitaker said that “All Lives Matter.” The situation escalated and the BLM supporters drew weapons. This prompted the young woman’s fiance to also pull out a weapon and deescalate the situation, so they thought. Instead, the murderers waited for the group to walk by again and ambushed them, repeatedly shooting Whitaker. [Gateway Pundit]