“Our people have all left Drudge ... They like REVOLVER and others!”
President Donald J. Trump
“...many of Drudge's long-time readers have fled to Revolver News...”
Tucker Carlson, FOX News
Close No thanks, I don't want breaking news emailed to me
Revolver Analysis: Taking on TikTok is Just the First Step in a Much Larger Fight to Defeat Big Tech [UPDATE INSIDE]

← Front page /
Revolver Analysis: Taking on TikTok is Just the First Step in a Much Larger Fight to Defeat Big Tech [UPDATE INSIDE]
August 3, 2020 (2y ago) 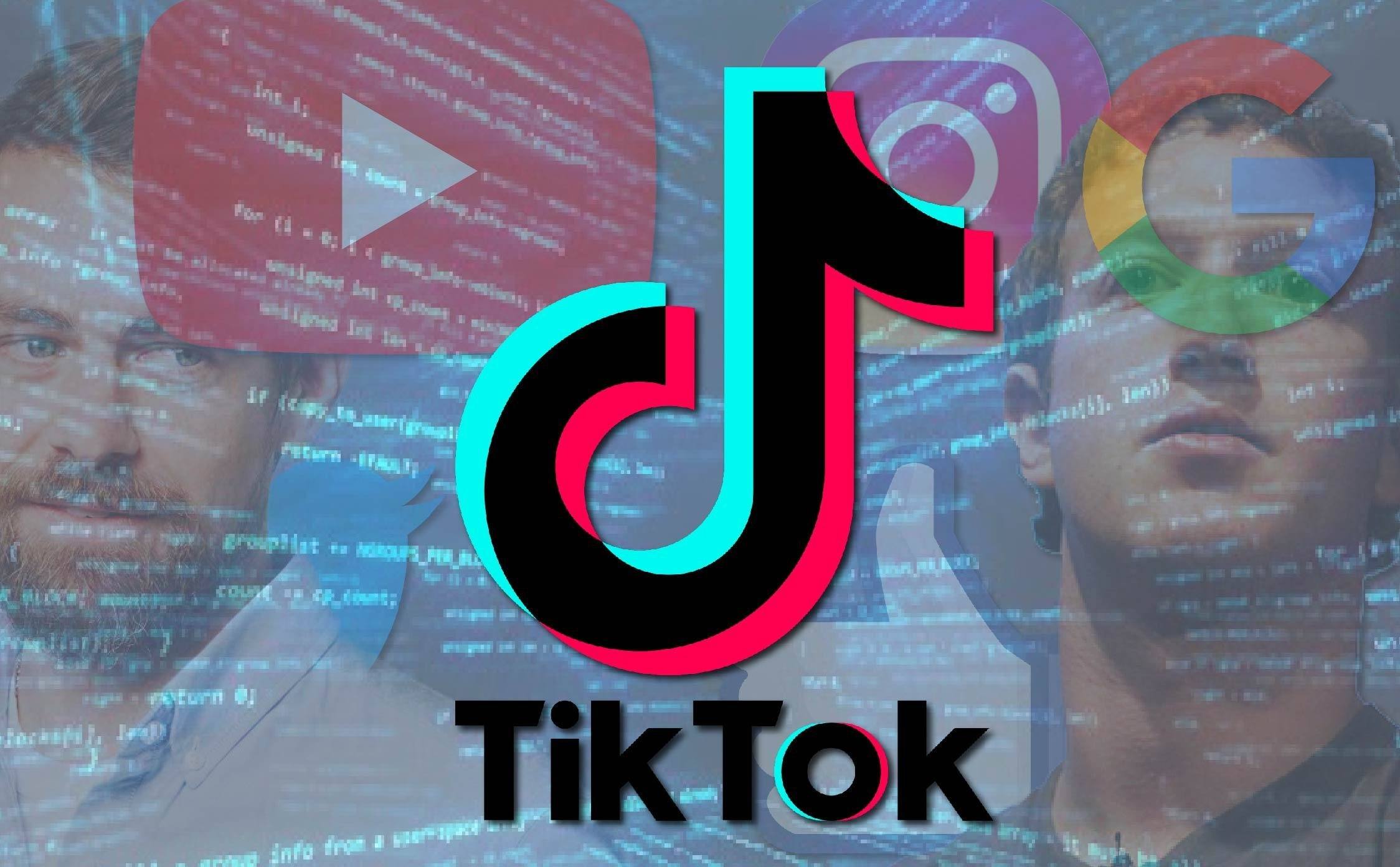 Update: The White House has reportedly withdrawn Michael O’ Rielly’s re-nomination to the FCC. Sources suggest that President Trump was unhappy with O’Rielly for not supporting his request that the FCC re-examine Section 230 of the Communications Decency Act of 1934.

In the following piece, as well as earlier reporting, Revolver.news was the first and perhaps the only conservative news outlet to cover O’Rielly’s pro-Big Tech position. With our extensive network of sources in and out of the administration, Revolver.news will continue to provide its readers with the very best insights and cutting edge analysis.

President Trump’s plan to ban TikTok from the United States, or at least force the sale of its U.S. operations to a domestic company, is welcome. But it’s not a victory against the larger Big Tech apparatus, at least not just yet. Rather than become complacent, President Trump and the MAGA army must use this small win as momentum in the larger war against Big Tech tyranny.

Banning TikTok is an eminently reasonable step for the president to take, even if you don’t see the app as socially corrosive, which it is. Not only is the company Chinese, but it is particularly intrusive in gathering data, even compared to other apps. In June, it was revealed that the app is effectively a keylogger, snooping on user’s clipboards every few seconds.

So the President’s move is a defensible one. But make no mistake: The biggest threat to the freedom of ordinary Americans isn’t snooping by Chinese companies. It’s censorship by American companies in Silicon Valley and elsewhere.

The Internet is the modern day town square, and right now, a handful of gigantic tech monopolies have a stranglehold on access to that forum. Nobody thinks TikTok is trying to control public opinion in the U.S., but American companies blatantly are.

Indeed, in the wake of President Trump’s stunning 2016 victory, Google and the rest of the major American tech companies have made it very clear: they will do whatever is in their power to ensure that the American people are never again able to meddle in their own elections.

Google meddled in the 2016 election, and their plan is to meddle in the 2020 election even more. In June, Google cut off ad access for The Federalist and Zero Hedge, based solely on the websites having comments sections the tech superpower disapproved of.

The fact that Google eventually restored ads to both sites is irrelevant. What matters is that it showed it had the power to financially devastate both websites, or any other major website, whenever it wants, purely for political reasons.

Meanwhile, Twitter routinely purges prominent users based on the arbitrary decisions of its staff. In the past few months, it has even taken direct action against President Trump himself.

The actions of America’s Big Tech monopolies have created a massive chilling effect on the speech of Americans.

Chilling effect is a term in law and communication that describes a situation where a speech or conduct is suppressed by fear of penalization at the interests of an individual or group. [US Legal]

Thanks to this chilling effect, and other factors like “cancel culture,” an incredible majority of Americans now fear expressing their beliefs.

A new CATO Institute/YouGov national survey found 62% of Americans say the political climate today prevents them from saying what they believe. This is up several points from 2017 when 58% of Americans said they were afraid to share their political beliefs. [Daily Caller]

If even the U.S. president can’t stop Twitter from censoring his tweets, what hope do ordinary citizens have?

It shouldn’t be this way. Section 230 of the Communications Decency Act grants tech companies special protection against lawsuits, with the stated intent of promoting diverse political speech online. Instead, this law has been used to do the opposite of its intent: Tech titans have used its protections to grow immensely powerful, and now they use their power to decide what can be said, and what cannot.

Last week, the National Telecommunications and Information Administration recommended that the FCC issue new rules concerning Section 230. The proposed rules would reduce big tech’s near-absolute immunity to lawsuits, and require greater transparency in how they decide what content to remove, and what to preserve. The rules, if enacted, would restore the law to its intended purpose: Preserving free speech online.

Yet, infuriatingly, even with a Republican majority on the FCC, the rules may never happen. Commissioner Brendan Carr is an enthusiastic supporter, while Chairman Ajit Pai has avoided weighing in. Commissioner Michael O’Rielly, though, has completely failed to come to the defense of regular Americans menaced by big tech. 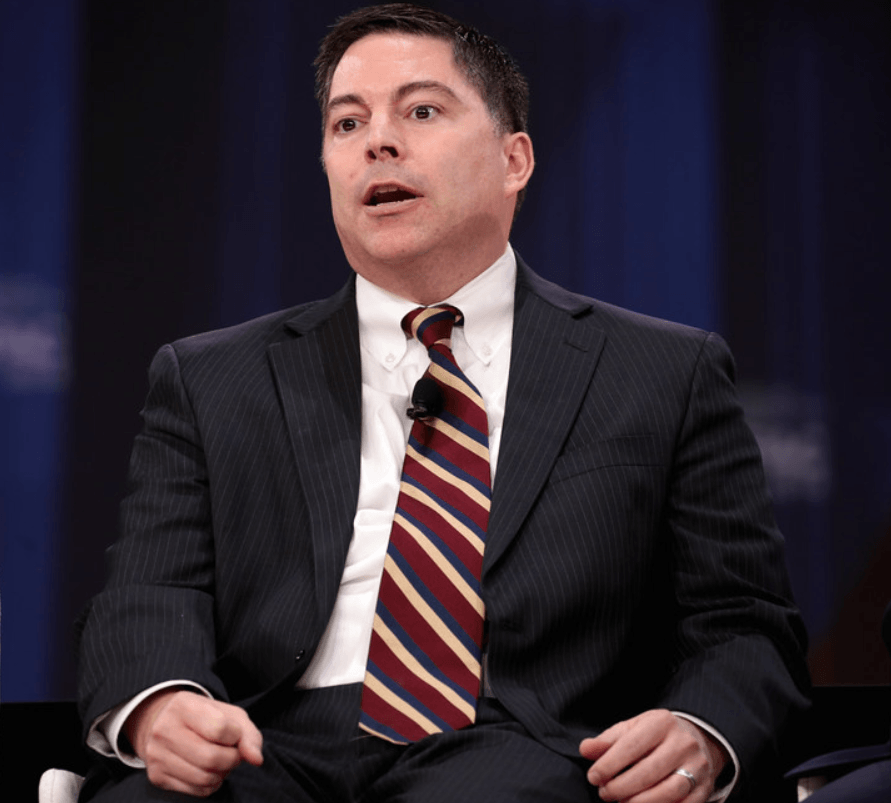 In a speech to The Media Institute on Wednesday, the day the NTIA’s recommendation came out, O’Rielly argued that defending Google’s unchecked power to silence political enemies is allowing “more speech.” Attempts to prevent censorship, meanwhile, he ridiculed as “First Amendment gibberish.”

O’Rielly’s approach is familiar to anybody who has monitored American “conservatism” over the past 30 years. In the same address, he recites the standard 2020 platitudes on diversity, lamenting that “the dearth of African American ownership of local broadcast properties is beyond embarrassing.” O’Rielly’s solution would please any titan of woke capitalism: Allow more consolidation!

Allowing more concentrated ownership of newspapers, radio, and T.V. stations, O’Rielly said, would “set the stage for more minority investment and ownership.” Just like with free speech, the best approach is to give more authority to the already wealthy and powerful.

Thanks to figures like O’Rielly, the past four years of the Trump presidency have only allowed Big Tech to grow stronger than ever. In fact, even President Trump’s push against TikTok could further empower tech monopolists. TikTok is by far the most powerful challenger to the hegemony of Facebook, Twitter, and Google over social media. In contrast to America’s monopolies, TikTok is far less politicized, with few officeholders or journalists haunting the platform.

Last year, The New York Times even branded the platform “TrumpTok” thanks to the volume of pro-Trump videos put up on it.

Now, suddenly, Silicon Valley’s less-political rival is about to be eliminated, or assimilated. Doubtless, corporate boardrooms from Seattle to San Jose are breathing a sigh of relief.

So don’t be fooled. This isn’t President Trump’s big defeat over Big Tech. At worst, it’s a consolation prize and Pyrrhic victory. At best, it’s the beginning of a much larger and more difficult fight to rein in America’s tech monopolies. President Trump and the MAGA movement must take heart, get smart, and prepare for a much larger war.