There is nothing that the Big Tech Cartel is unwilling to do in their quest to “cancel” everything that is good and righteous. When push comes to shove, Big Tech monopolies will happily cancel Jesus Christ himself, if it comes to that. In a modern day David and Goliath story, Facebook, Instagram, Twitter, and payment processors have colluded to try to completely ban a small, family-oriented Christian crowdfunding site called GiveSendGo, and all for the crime of daring to allow friends of Kyle Rittenhouse to raise money on the platform.

Some Chamber of Commerce conservatives and libertarians have suggested that conservatives must “build their own” alternatives to Big Tech. GiveSendGo built their own Christian alternative to GoFundMe, and they’ve found themselves cancelled by their payment processors, and all of their links banned by the Big Tech social media companies. Thankfully, GiveSendGo was apparently able to find another payment processor for the time being.

Kyle Rittenhouse just defended himself from a brutal attack by multiple members of the far-leftist group ANTIFA – the experience was undoubtedly a brutal one, as he was forced to take two lives to defend his own.

Now, Kyle is being unfairly charged with murder 1, by a DA who seems determined only to capitalize on the political angle of the situation. The situation was clearly self-defense, and Kyle and his family will undoubtedly need money to pay for the legal fees.

Let’s give back to someone who bravely tried to defend his community.

The payment processor that was being used for this campaign shut down our ability to fundraise, but GiveSendGo was able to find another payment solution to keep the campaign going! [GiveSendGo]

Congratulations! We not only made it to our initial goal of a $200K, we’ve now made it to our stretch of a quarter million dollars! That’s absolutely fantastic, and it’s all thanks to how wonderful yall are! I really am blown away by the genorosity you’ve all displayed, and from what I’ve heard, so is Kyle. We couldn’t have done this without you, so, from the bottom of my heart, thank you so much. Let’s see if we can make to $500K!

On a closer-to-home note, it has come to our attention that GiveSendGo has had their links banned from Facebook, Instagram, and Twitter. While the legality of this action is questionable, it is unfortunately the world in which we live – to that, I say, email and text! They may try to censor us and deprive us of the ability to help people, but that’s the thing about light; it always gets in. I know that with your continued help, this campaign and this website will continue to enjoy the success to which they are entitled, for their vigorous defense of the American Right to Freedom of Speech. If you have the chance, give them a good tip, as they’ve been fantastic hosts! The money is on it’s way to Lin, and we couldn’t be happier! [GiveSendGo]

Of course, payment processors are perfectly happy to funnel millions of dollars to rioters through establishment-owned and operated funding platforms like GoFundMe, Cashapp, Venmo, and others. In modern-day America, if you are not owned and operated by the ruling class, you do not have rights to these types of services. Good luck raising money with the U.S. Postal Service and your handy-dandy rotary phone.

We are FREE. We charge no money to use our platform. We believe you should be able to keep all the money you raise. GSG is powered by voluntary donations from Givers and Goers. Other crowdfunding sites take between 5%-10% of the money raised by a campaign.

Each month, we give 10% of the donations given to GSG back to active campaigns on our site. We’re the only crowdfunding site that believes so much in what you’re doing that we put our money where our mouth is. We love being Givers!

The most valuable currency is God’s love. Only God can meet the deepest needs of each heart. That’s why we’re grateful to have individuals and organizations dedicated to praying over our campaigns. We pray for eternal results because those are ultimately the only outcomes that matter. The God we serve will ALWAYS be bigger than money.

On GSG, Christians can choose to raise funds for short or long-term campaigns. GiveSendGo allows Goers to set up their campaign to receive monthly recurring donations from their Givers. Traveling across the country and world to share God’s love just got easier.

Outside the obvious funding for mission trips, GSG also can be used to raise funds for medical expenses, business ventures, personal needs, churches, nonprofits, ministries or any “God Adventure” you embark on. Whether you’re a Giver, Sender or Goer, you can be used by God to be a difference maker! [GiveSendGo] 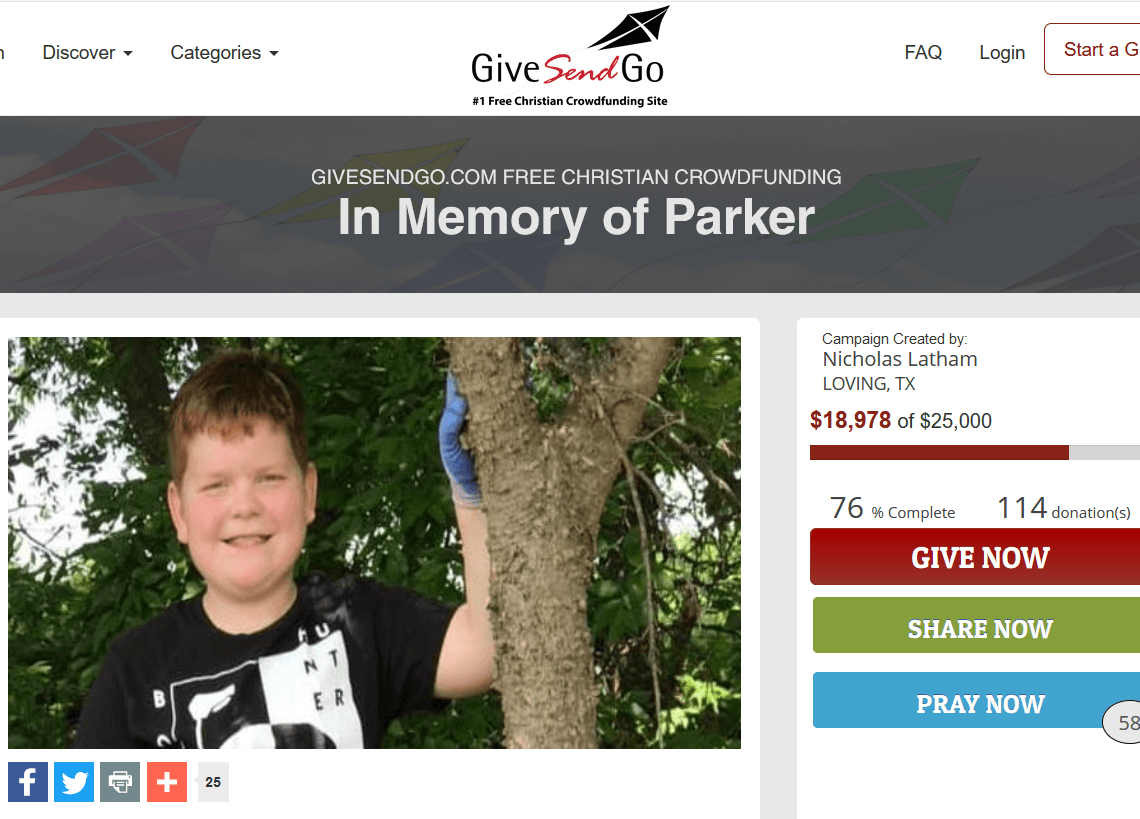 It is an attack on the Moorhead family in their time of need. Mr. Moorhead was recently diagnosed with life-threatening endocarditis. 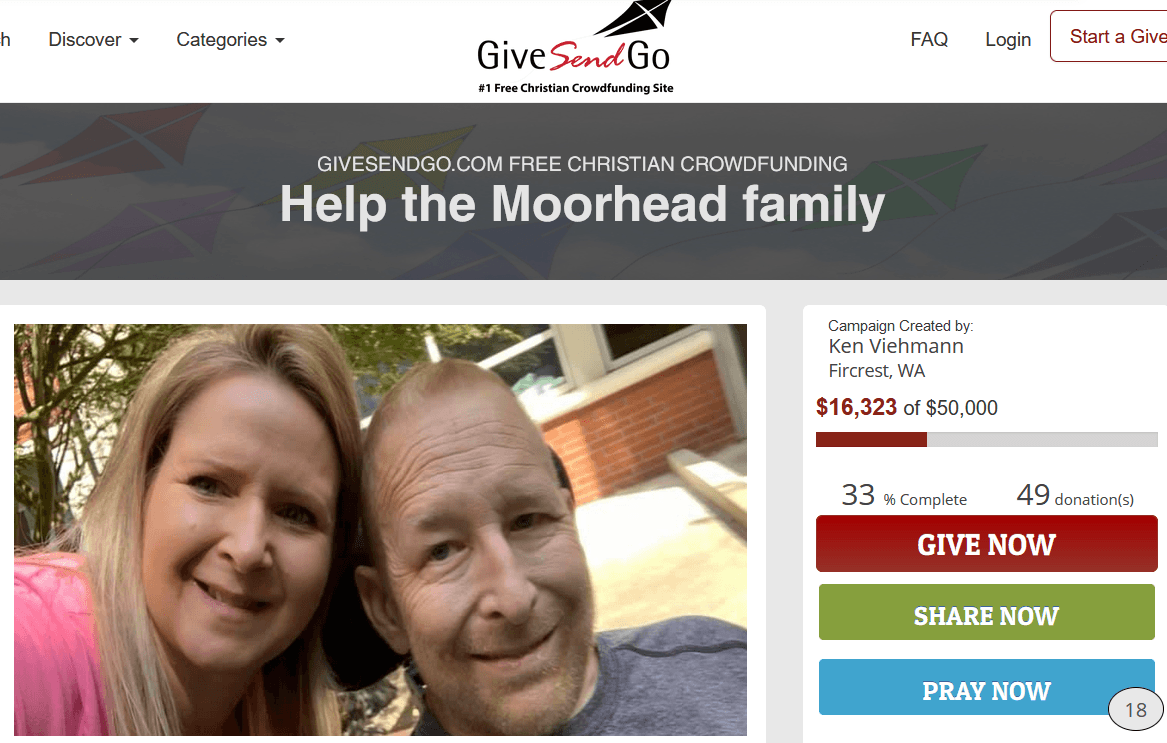 And, of course, it is an attack on Kyle Rittenhouse, who by many accounts was just practicing self-defense. 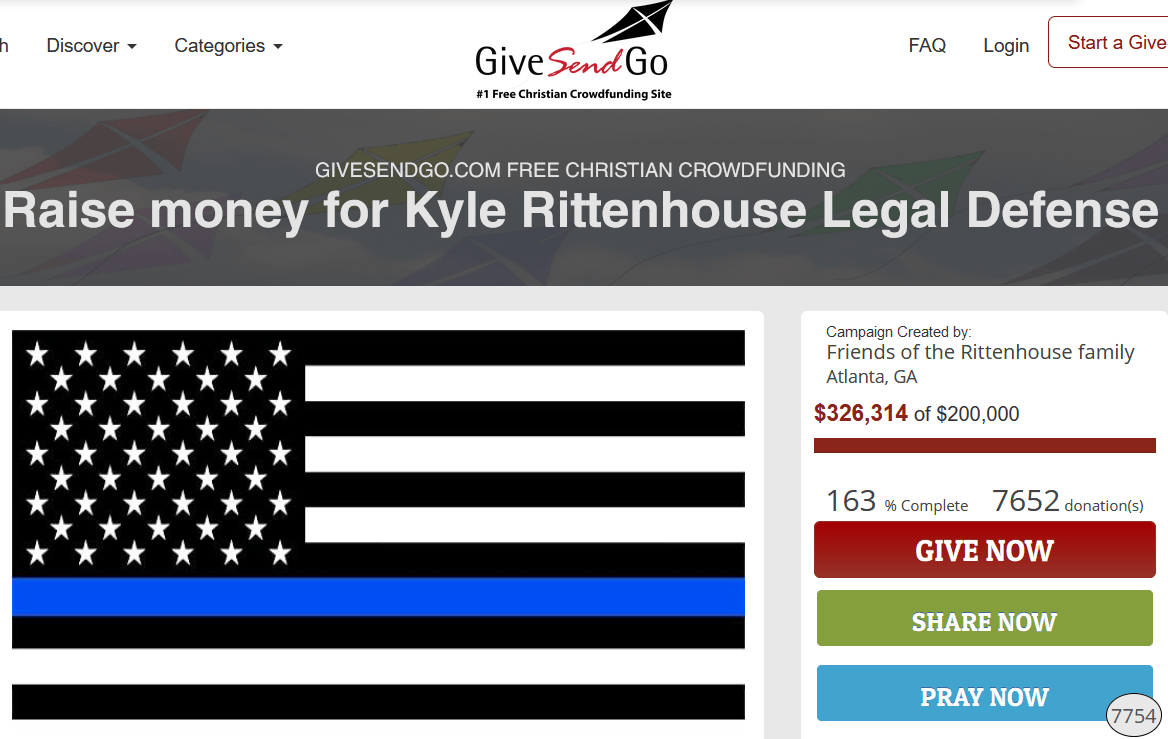 Legal hero Lin Wood has launched a different organization to raise funds for Kyle’s legal defense, and they are planning to pull out all the stops to save him from the injustice system.

The attorney, John Pierce, will be funded by the #Fightback Foundation, an organization he and fellow lawyers Lawson Pedigo and Lin Wood set up to bring “lawsuits to stop the lies and smears of the radical left.”

You can donate to Lin Wood’s legal defense organization here.

In other news, public comments for the Trump administration’s Section 230 petition are due tomorrow.

Reminder that public comments on the Trump Administration’s Section 230 Petition are due tomorrow.

There will then be a 15 day period for reply comments.

Type RM-11862 here https://t.co/9Zr2tAOth4 to file a shorter comment or use the link below for longer submissions. https://t.co/r0raJ2YNmF

We are extremely skeptical that the administration will successfully rein in Big Tech cartels by using the Section 230 carveout anytime soon, as so far efforts have either been lackluster or subverted by hostile forces burrowed into the Trump administration. But hope springs eternal, and we will be monitoring the situation carefully. The situation is intolerable, and it must change soon. If the Trump administration is not strong on Silicon Valley, then whatever comes after Trump will be that much worse for Zuckerberg and the gang.