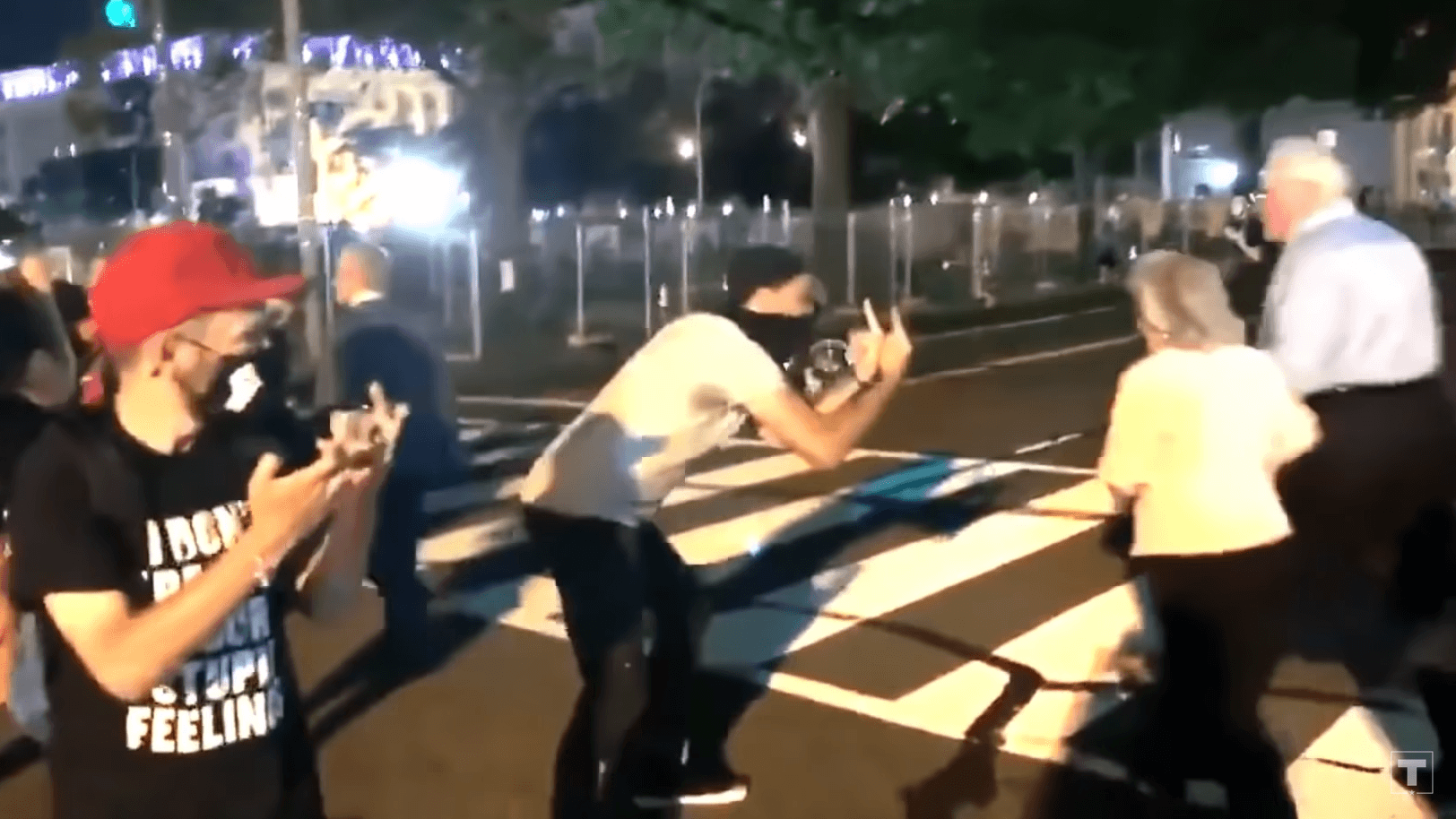 This is a Guest Post. Guest Posts do not necessarily represent the official editorial position of Revolver News.

Kenosha, Wisconsin has been ravaged. Minneapolis has been burned. Black Lives Matter and Antifa continue to tear the heart out of once-great cities like Portland. A siege of the White House is being planned. Nationwide, violence has moved into suburban areas and residential neighborhoods. Groups of extremists are specifically targeting the residences of mayors, chiefs of police and other political enemies.

The establishment press continues to peddle the notion that what we are seeing across the nation is nothing more than “peaceful protest” designed to achieve change within the existing system. No doubt, even many people in the streets believe this. They think they are marching for more “humane” police forces, or reduced incarceration, or a few new social programs. They believe that, when the protests and riots are over, they will still live in the United States that they knew before, but it will just be a slightly better nation.

Of course, people harbored the same delusions in 1959 Cuba and 1917 Russia. Even the foot soldiers of those revolutions likely believed they would still have the countries they grew up in, just with a brighter, more democratic future. They discovered far too late that at the heart of the movement in which they were caught up were hard men with very different ideas about the future.

We cannot afford to repeat this naivety.

We are not experiencing a wave of social unrest generated by injustice or police brutality. We are watching an insurrection in progress, one which uses police violence as a pretext, but which has as its goal the destruction of the existing social, economic and political order in the United States.

Refuse Fascism is one of the primary umbrella organizations supporting Antifa demonstrations nationwide. Refuse Fascism is a creation of the Revolutionary Communist Party of the United States.  If you watch footage of the chaos in our streets, you will quickly see signs linked to both groups.

The leader of the so-called RevComs is Bob Avakian. Avakian is a lifelong revoutionary, who spent his youth with Students for a Democratic Society, a domestic extremist group active in the 1960’s and 1970’s. In 2016 Avakian’s RevComs and other leftist groups formed Refuse Fascism. Avakian is remarkably direct about about the goals of this movement.

“Let’s get down to basics. We need a revolution. Anything else, in the final analysis, is bullshit,” he said recently.

Avakian’s party is no less direct. It has published a proposed constitution for the New Socialist Republic in North America, which it hopes to establish. Some excerpts from it read as follows:

“In accordance with this, the governing bodies and processes of this socialist state, at all levels, must be vehicles for the furtherance of the communist revolution…”

“The armed forces, militia and other organs of public defense and security shall be under a system of overall leadership combining the central Executive Council and the Revolutionary Communist Party, with the Party having the ultimate leadership responsibility and role.”

“The responsibility for the enforcement of the laws and the defense of the Constitution by the organs of public security resides with the Executive Council, with the overall and ultimate leadership of the Revolutionary Communist Party.” [RevCom.us]

Behind the RevComs, Refuse Fascism and their allied organizations is a fundraising and financing apparatus that has been building inside this nation for decades.

For instance, Refuse Fascism is partially funded by an organization called the Alliance for Global Justice. The Alliance for Global Justice originated in an organization called the Nicaragua Network, a group created to support the Marxist Sandinista regime in Nicaragua.  The founders of the Alliance are both veterans of that effort and have strong ties to the Sandinistas. One of them, Chuck Kaufman, was also one of the founders of a group called A.N.S.W.E.R., an organization focused on ending U.S. “threats” against North Korea, Iran, Venezuela and Cuba and an end to the “colonial-style occupation in Palestine and in Haiti”.

The Alliance for Global Justice, in turn, receives funding from a wide range of organizations. One of them is the Tides Foundation. You may have never heard the group, but its power is vast: It annual spending is measured in the hundreds of millions of dollars. Tides is generally credited with having pioneered anonymous “Dark Money” transactions for leftist organizations. “Structural racism” is a common theme in many Tides Foundation projects, as is the concept of “white privilege”.

Other financiers of The Alliance for Global Justice include George Soros’s Open Society Foundation, the Arca Foundation (which also backs the Communist regime in Cuba), the New World Foundation (which sponsors radical leftists movements in El Salvador), and the Foundation for Deep Ecology, an extreme environmental group that sees humans as a plague on the Earth’s surface.

More connections could easily be drawn, but the point is not the individual links. What matters is the big picture: The mobs wrecking our cities and terrorizing the public are not spontaneously organizing or self-funding. They are the manifestation of years of preparation, organization, and sponsorship from a vast network of foundations and front organizations.

The groups sponsoring the 2020 rioters are hostile to the United States of America as it currently exists. They have long since made common cause with some of our most dangerous enemies. Now, what they want is not reform. Phrases like “Black Lives Matter” are a deliberate obfuscation, a time-honored tactic of radical left groups, used to make themselves and their goals seem less threatening.

What these extremist groups really want is something much more profound. It is, as one leftist speaker recently put it, the “abolition” of the United States as we know it and its replacement with a Marxist state.

That is why it is profoundly delusional to believe the riots of the past three months will end with the November election. They will not. Should President Trump win, his victory will immediately be declared invalid and illegitimate by the mob, and the level of violence will explode. If Biden wins, the people and groups tearing this nation apart will consider him their puppet and will accelerate their efforts at revolution. If Biden proves unwilling or unable to accommodate them, he will suffer the same fate as Portland mayor Ted Wheeler, who endures antifa harassment of his home as the price of failing to submit.

This is not about reform. It is about revolution, and revolutions don’t care about elections.

Sam Faddis is a retired CIA ops officer who spent decades undercover in the Middle East and South Asia. He is a national security commentator who appears regularly on television and radio. Senior Editor of AND Magazine and a Senior Partner with Artemis, LLC.