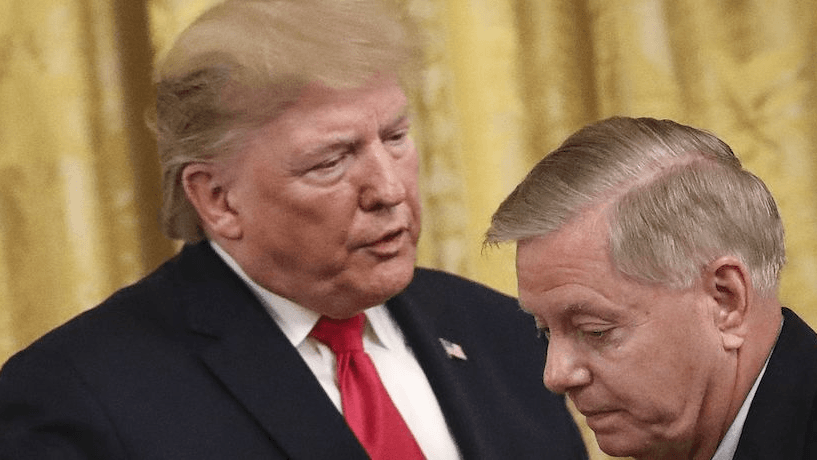 Despite what we constantly hear from the lying fake news, new polls indicate that President Trump is not dragging down the Republican ticket. Au contraire, Trump represents the best chance some of these losers have to actually win their Senate races. Senate Republicans have better stop taking potshots at the president and better start figuring out how to ride his coattails to victory.

Here are the numbers from Morning Consult:

In South Carolina, Trump has a crushing 12 point lead over Biden, while Graham is only up by 6 points.

In Arizona, Biden is only ahead by 2 points, and McSally is down 7. Lukewarm McSally refuses to even acknowledge whether or not she supports Trump in Arizona.

Seriously, how is it possible that Martha McSally has been running for Senate for four years and isn’t prepared to answer a question as easy as “Do you like Trump?”

Will the voters spit her out of their mouths?

This beauty was the darling of the Republican establishment, who picked her because she is a female and a fighter pilot. McSally epitomizes the failed Republican answer to the identity politics of the Democrats. 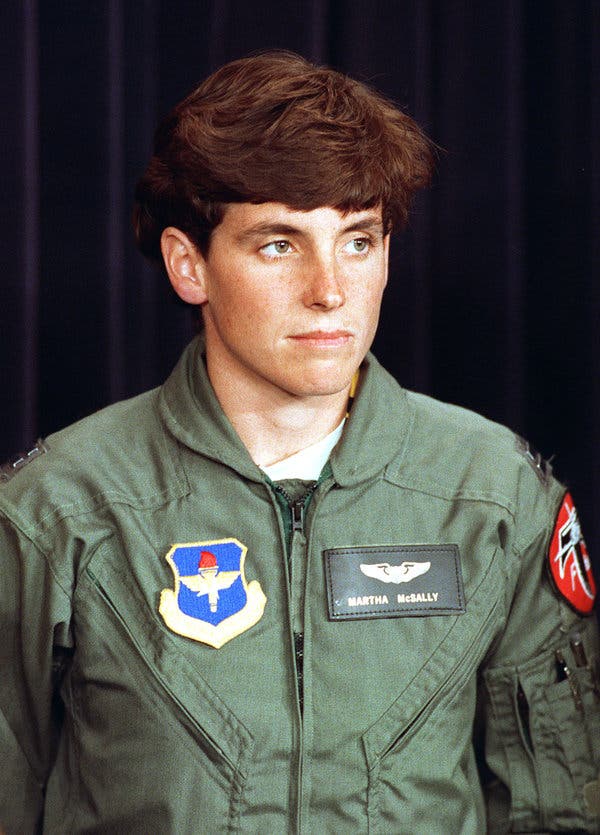 Earlier, McSally even tried to use Democrat identity politics to slam her opponent as a “sexist” because he was featured in a watch ad with two beautiful flight attendants.

Kelly was an endorser of Breitling watches until he started running for Senate. The company admitted its ads “do not reflect values of today’s society” in 2018.https://t.co/75fDfsFYc4

Revolver covered the story when it happened.

A McSally spokeswoman described Kelly’s ad work as “gross,” and said, “Arizonans deserve a leader like Martha McSally who has been a pioneer for women and girls, not a sleazy salesman who enables the objectification of women and will do anything to make a quick buck.”

This is all just pathetic, and goes to show why Senate Republicans are worthless and timid creatures who never pass any legislation of consequence. The last time they passed major legislation, it was to rubber stamp the genius idea of bailing violent criminals out of prison in an attempt to pander to black Americans. Republicans apparently think that the black community loves having a bunch of criminals running around on the streets, which defies all logic and common sense. It is also just insulting to black Americans. According to a Monmouth poll, law and order is a major concern for black Americans.

But the results showed a surprising commonality among Republicans and black and other non-white Democrats.

The poll found that 77 percent of Republican-leaning respondents and 60 percent of black Democrats said law and order is a big problem. [Monmouth]

Black Americans actually care more about law and order than white non-Republicans, according to the poll. What’s more, 81 percent of blacks support either “the same amount or an increased police presence in their communities,” according to Gallup.

A new Gallup poll released Wednesday shows an overwhelming majority of black Americans, 81 percent, support either the same amount or an increased police presence in their communities.

The survey, conducted June 23 – July 6, showed 61 percent of black Americans supported police spending the same about of time in their neighborhoods while 20 percent wanted law enforcement to spend more time in their streets. Nineteen percent said police should spend less time in their community. [The Federalist]

Senate Republicans have failed time and time again for the past four years to deliver anything for their constituents. President Trump should worry more about being dragged down by the Republican establishment than the other way around.

Remember all of the idiots who said that the Dems would bury themselves by opposing Barret's catholicism?

Turns out dems aren't as dumb as R's and have shrewdly decided to focus on pre-existing conditions.

These are not the sharpest knives in the drawer.

This should not be the issue now.

GOP establishment who hate trump get off on the SCOTUS stuff.

Now, Senate Republicans even want to kick the can on financial relief for Americans devastated by Covid.

McConnell, who previously warned that some in the GOP won’t back another large stimulus package, has said there probably isn’t enough time to get any large-scale deal passed before the election.

Mnuchin and White House Chief of Staff Mark Meadows briefed some Senate Republicans on aspects of the president’s offer on Saturday, but they were told any deal that ends up around $2 trillion is too much, according to people familiar with the discussion. One person said the proposal would get few GOP votes without major changes.

While Pelosi’s top deputy, Majority Leader Steny Hoyer, said members could return to Washington before the election if there’s a stimulus deal to be voted on, he said on the caucus call that the chamber’s post-election plan is to return Nov. 16, according to a call participant.

The speaker is seeking to tamp down any restlessness among Democrats to take what the White House is offering after Trump enlarged his proposal. On Sunday she called the administration’s offer a “miserable and deadly failure.” Trump accused her of dragging out talks in an attempt to “influence the election.”

Unsurprisingly, McConnell wants to avoid giving checks directly to Americans, and prefers to only pass a bill to replenish the Paycheck Protection Program (PPP) — a program that lends money to businesses that is rife with fraud.

The tweet came shortly after McConnell said the Senate will vote next week on one provision: to replenish funds in the Paycheck Protection Program for small businesses. He accused Democrats of ignoring areas of bipartisan agreement to hold out for a deal that includes measures unrelated to the virus response. [Washington Post]

It is high time Republicans get on board with President Trump’s America First agenda, or prepare to be wiped out in the Senate and the Rust Belt.

5 responses to “McSally and Graham Lag Far Behind Trump, Thanks to Senate’s Stalled COVID Relief”