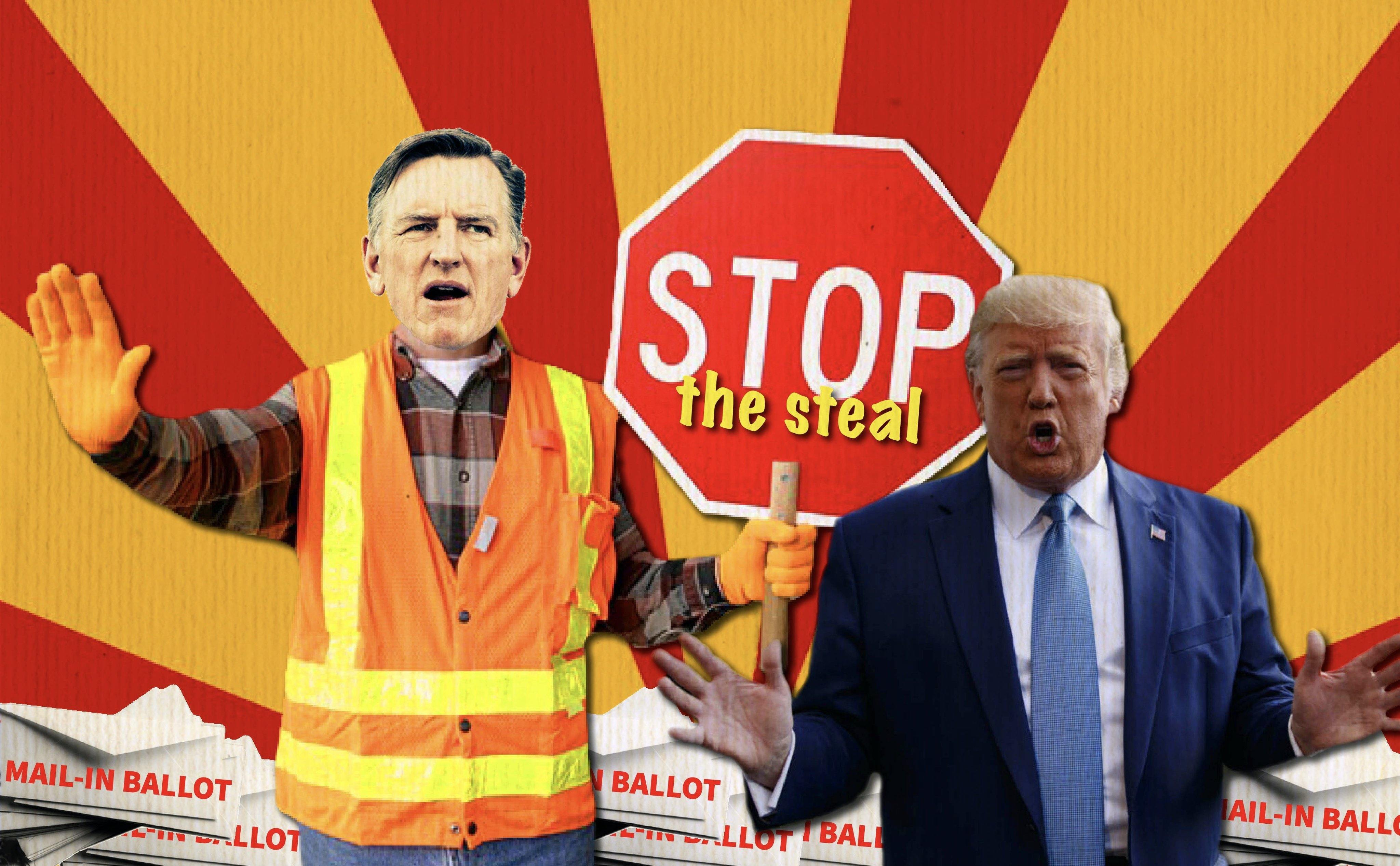 As I write this, I am in our nation’s Capital attending to legislative business, but I remain focused on what is happening in our country regarding our election.

In 2016, then candidate Donald Trump fell victim to a heinous crime that had never before been committed in the history of our country. The outgoing Obama administration weaponized our Department of Justice and FBI to unlawfully spy on their political opponent. They falsified information and crafted a ridiculous narrative around a Russia hoax that would be used as the basis to pursue a sham investigation. That disgraceful investigation became a Sword of Damocles throughout the majority of President Trump’s Presidency.

Before President Trump was even sworn in, Democrat Leftists swore an oath to remove him by any means they could. Official calls to impeach him came before he was even sworn in. At the conclusion of the Russia investigation, they cherry picked a phone call the President had with Ukraine to pursue a farcical impeachment. They failed. They lied about our President every day for four years. Having failed everywhere else, they brazenly engaged in systemic voter fraud and are trying to steal this election. They did it right in front of us with no shame.

For months Joe Biden hid while they carefully planned. The “fact-checkers” became more bold — removing reports and slapping “this claim is disputed” labels on anything that might bruise Joe Biden. For weeks leading up to Election Day, we were told to expect Trump to win big on election night but that in the days that followed, Biden would overtake any lead as mail-in ballots were counted. On election night as votes poured in overwhelmingly for President Trump, Joe Biden told supporters to “Keep the Faith” and “We believe we are on track to win this.” The next morning, we all awoke to see massive, statistically impossible spikes in votes for Joe Biden and almost zero for President Trump. Are we witnessing a coup d’etat?

We will not tolerate this.

As many of you know, I helped organize the very first “Stop the Steal” rally in Arizona right after it became clear that voting patterns emerged that could not occur in the absence of fraud. Patriotic warriors joined together to gather evidence and tell the Left we will not accept a coup and a usurper in the White House.

We all remember when candidate Joe Biden held a rally in downtown Phoenix and precisely zero people attended. Nada. Zilch. It was a clear reflection of the utter lack of popular support in Arizona for Biden. Conversely, President Trump held rallies in Yuma, Bullhead City, Prescott, and several other places and 30,000 people showed up in person on 48 hours notice while millions of others watched online. You could not look out your window without seeing patriots waving flags and declaring their support for President Trump. I travel extensively all over this state. I saw 2 maybe 3 signs for Biden between Yuma and Mohave Counties. Otherwise Arizona was a sea of MAGA 2020.

In short, from the pre-election polls, to Election Day, to voter enthusiasm, and to the extreme turnout for Republicans statewide, where every contested down ballot race was won by Republicans (with the notable exception of Martha McSally), it was apparent that Trump would win, and indeed did win, Arizona. It was not even close.

I attended a legislative hearing on Monday and listened to two expert witnesses familiar with Dominion voting software and voting patterns. They both testified that the Arizona results, particularly in Maricopa County, were altered to take votes from President Trump and give them to Biden. Perhaps one of the more damning testimonies came from Dr. Shiva who presented data showing that based upon demographic distribution of Party affiliations, the only way for Biden to have statistically caught up with Donald Trump was if Democrat votes came in at 130% for Biden and -30% for Trump.

A recent hand count of a random sampling of ballots, ordered by a superior court judge, determined that 3% of the votes in Maricopa County were fraudulently recorded against President Trump and in favor of Biden. Considering that Biden supposedly “won” by .06%, this theft of votes is more than enough to put Arizona in President Trump’s column and restore his lawful and rightful victory.

We can never accept the results of fraud. Our right to vote includes the right to a fair vote count. I will fight to restore the rightful victor, President Trump. Our Constitution, our Republic and our nation demand election integrity. We are not giving up. The President has not conceded and will not concede to a Third World coup d’etat. We have a constitutional republic, not a banana republic.

Please stay strong and pray for our country and the true President of the United States. Be ready to defend the Constitution and the White House.

Paul Anthony Gosar has served as the United States Representative for Arizona’s 4th congressional district since 2013.