“Our people have all left Drudge ... They like REVOLVER and others!”
President Donald J. Trump
“...many of Drudge's long-time readers have fled to Revolver News...”
Tucker Carlson, FOX News
Close No thanks, I don't want breaking news emailed to me
Steve Bannon Speaks Exclusively to Revolver News on Trump, Senate Impeachment, Gamestop, and the Future of Populism
Subscribe
Login
0 Comments
Inline Feedbacks
View all comments 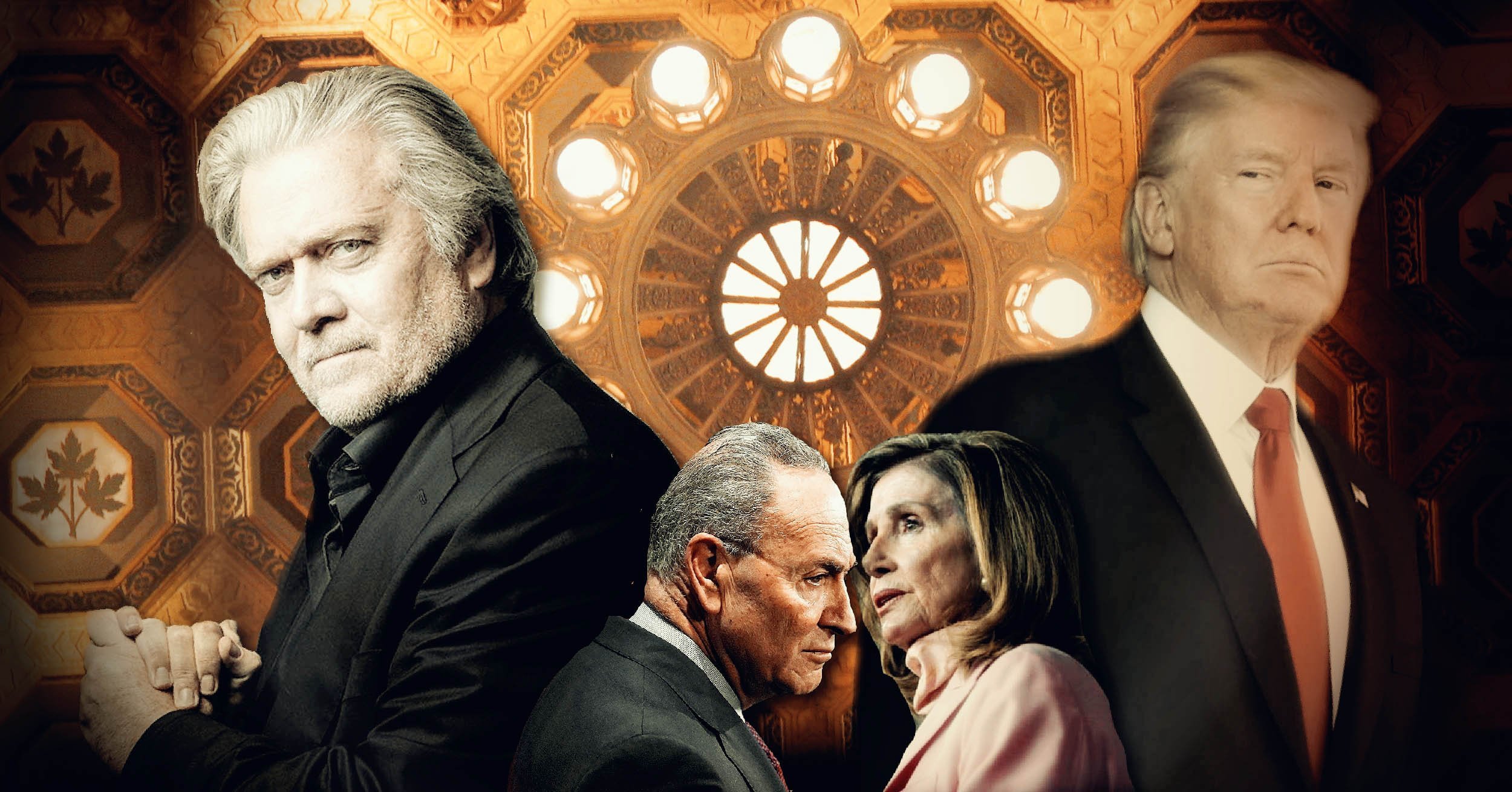 Trump-world was rocked yet again with the explosive revelation that key figures on Donald Trump’s legal team have quit a little over a week before the former President’s impeachment trial was set to begin. Two lawyers leading former President Donald Trump’s defense in his Senate Impeachment Trial have left the legal team a little over a week before the trial is scheduled to begin, according to a person familiar with the matter:

Butch Bowers and Deborah Barbier, two attorneys from South Carolina, no longer plan to represent Mr. Trump, the person said Saturday. The decision was mutual, the person said, declining to give a reason for the departures. The departures leave Mr. Trump in a difficult position with the trial set to open on Feb. 8. [WSJ]

These developments only intensify the question of how proactive and public former President Trump intends to be with respect to his trial. New York Times’ Maggie Haberman reports that Trump’s aides are gatekeeping the issue closely, and will likely not allow the President to take an active and public role. Meanwhile, Haberman reports that Trump’s former Chief Strategist and CEO of Trump’s successful 2016 campaign has rather different advice:

Bannon, who was talking to Trump ahead of his departure from DC and the day Trump went back and forth on pardoning him, is encouraging him to go to the senate himself. “He’s the only one who can sell it.”

Revolver News sat down with Trump’s former Chief Strategist and current force behind the WarRoom media empire to clarify his thoughts on the Senate trial, as well as general developments in the political scene post Trump’s presidency.

What do you think is going on with the South Carolina lawyers bailing on Donald Trump at the last minute? What should the American people understand about this development and what it portends for the trial?

The ‘South Carolina Team’ is a construct of Lindsey Graham’s strategy of not confronting the voter/ballot fraud and the election steal head on. He is selling McConnell’s concept of “don’t confront the heart of the issue”— just argue due process for a couple of hours and move on.

According to the Graham Strategy, as long as you don’t throw in the face of the do-nothing establishment their own failure protect the people, defend the constitution and deliver a fair election, Trump will avoid conviction.

Trump now sees the absurdity of this argument — especially when Jamie Raskin is producing a three day beat down of the president. McConnell wants the beat down, has actively encouraged the beat down. He is terrified of a real defense of the President.

New York Times Journalist Maggie Habermann reports on your recent conversations with the former President, advising him to take a direct role in the proceedings? What exactly do you think he should do and why is that the only way?

Remember for all its ‘baseless’, ‘unfounded’ nature over 80% of Republicans that have reviewed the material concluded the rot was stolen and Biden is illegitimate. Think what percentage of the American people will be stunned to hear what the Tech Oligarchs and Media Masters deemed was too explosive for their eyes and ears.

Shifting gears a bit to the Gamestop phenomenon, which is all the rage in the news these days. A number of hedge fund sources have confided to Revolver News  a genuine fear of how this might develop and damage the industry as a whole. I know you’ve been covering this in depth and with great sophistication on War Room Program. Could you say more about what this event means and what it portends for the future of anti-establishment politics? With so many people completely turned off by a political system that seems to go nowhere, could the future of populism exist in such non-electoral forms of system destroying collective action?

Wall Street Bets and the Reddit Rebellion is a populist revolt of the little guy versus his ‘betters.’

This rips the mask off the illusion of expertise and special knowledge that our failed elites hide behind. Daily exposing the corruption, laziness and malevolence of the Equity Lords of Wall Street, the revolt has already crushed some of finances biggest, most arrogant names .

The biggest risk is not to the collection of retail traders engaged in market combat — but to the Deplorables pension funds that are being mismanaged by the incompetent hedge fund managers.

WarRoom is the only place that warns that the Deplorables are on ‘both sides of the trade’; that the $3.5 billion lost by Melvin Capital was pension fund money.

You are one of the world’s most famous and controversial political strategists, and one of the key driving forces behind the so-called “nationalist populist” movement throughout the West. What is your sense of where and how things develop post Trump’s presidency?

The Movement is only getting started and picking up momentum everyday across politics, finance, and yes technology. President Trump’s leadership has been and is essential—but you can see a new generation rising….rising to the challenges from the media, tech and corporate oligarchs.

Everyday will be a struggle— for resources, opportunities, access—but we’ve already accomplished great things, and our best days are ahead of us. That’s why is urgent that we confront the Biden regime and their henchmen on a daily basis. Never forget, victory begets victory.