“Our people have all left Drudge ... They like REVOLVER and others!”
President Donald J. Trump
“...many of Drudge's long-time readers have fled to Revolver News...”
Tucker Carlson, FOX News
Close No thanks, I don't want breaking news emailed to me
Bank of America Doxing Its Customers Isn’t Just A Scandal – It Could Be A Crime

← Front page / Exclusive
Bank of America Doxing Its Customers Isn’t Just A Scandal – It Could Be A Crime
February 10, 2021 (1y ago) 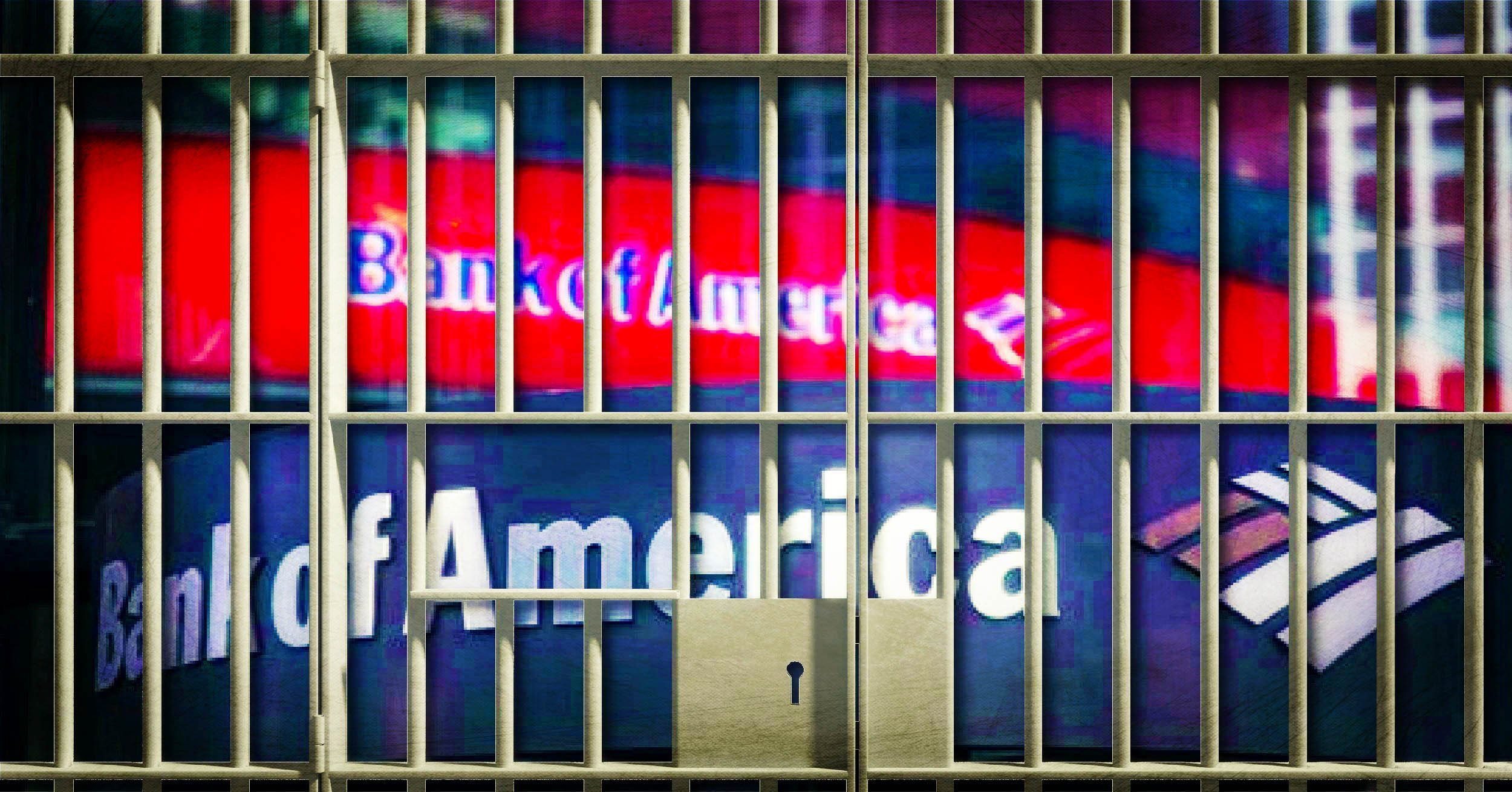 Last week, Tucker Carlson made a spectacular revelation about the coordinated backlash against Trump supporters for the January 6 Capitol riot: Bank of America was investigating and doxing its own customers to the feds, encouraging the government to investigate them even if there was no direct evidence of them doing anything wrong.

Tucker Carlson reveals that Bank of America was flagging the purchasing history of its customers and sending it to the federal government in order to find out if they were involved in the Capitol riot.

The feds later interrogated a customer who was cleared of wrongdoing. pic.twitter.com/QtwNv8EaWQ

So far, Carlson’s revelations seem to have attracted only a little interest from the rest of the conservative world. This must change. Carlson hasn’t exposed a minor misstep by a major corporation. He has revealed a major, coordinated attack on Americans’ constitutional rights.

According to Carlson, at the government’s request but without any warrant at all, Bank of America spent the days after the Capitol riot sifting through the personal accounts of its 60 million customers. The bank was looking for customers whose records fit a particular profile: Individuals who traveled to Washington D.C., purchased accommodations and airline tickets, and who bought weapons or shopped at “weapons-related” retailers.

According to Carlson, of the 211 people whose names were turned over to the feds, only one was even interviewed as a person of interest, and that person was cleared of criminal wrongdoing.

It is impossible to overstate how abusive this is. Shopping at a “weapons-related retailer” isn’t a crime. It’s a constitutionally protected right. Bank of America and the FBI worked together to launch a fishing expedition against ordinary Americans for exercising that right.

But this isn’t just malicious behavior by Bank of America. It is very likely illegal.

The provisions of federal law that allow financial records to be turned over to the government are limited. They have to be. The Fourth Amendment to the Constitution explicitly protects the “persons, houses, papers, and effects” of Americans from all “unreasonable searches and seizures.” If a financial institution believes a customer is breaking the law, they are allowed to notify the federal government that they possess such information. But even then, financial information cannot be turned over. The institution can only inform the federal government of the person’s name, and the crime it believes it has evidence of. Bank of America could not possibly have such evidence about its customers, because all the activity it was reporting to the federal government was perfectly legal.

Otherwise, for the government to get private financial information, it must present a written request, a subpoena, or a warrant. A warrant requires specific probable cause of a crime. Subpoenas and written requests both require notifying the account owner, in case they wish to contest having the information handed over. A handful of other exceptions to federal law exist. For instance, the director of the FBI can demand financial information from banks specifically to stop cases of international (but not domestic) terrorism.

Needless to say, none of that has happened here. Bank of America was simply contacted by the FBI, given a long list of legal activities occurring in two states plus the District of Columbia, and replied by handing over the personal information of hundreds of customers.

There are other reasons to believe the federal government’s behavior is illegal as well. The government’s sweeping list of demands for Bank of America wasn’t meant to detect criminal activity. It was meant to identify people simply for attending the rally on Capitol Hill. Most of those people broke no laws whatsoever. Instead, they simply traveled to Washington to show support for President Trump and his efforts to remain in office. The FBI retaliated against this political speech by launching a far-ranging fishing expedition against them, an expedition it knew would rope in many people suspected of no crime at all. This is a direct attack on the First Amendment, in violation of existing Supreme Court precedent.

The relevant Supreme Court case for this incident is 1958’s NAACP v. Alabama. In response to the Montgomery bus boycott and other civil rights activities in the state, Alabama attorney general John Patterson had begun harassing the NAACP in an effort to make it cease its activities there. Among other things, Patterson demanded the NAACP hand over the names and addresses of its members, along with other information like its bank statements.

In its unanimous decision, the Court wrote:

In the domain of these indispensable liberties, whether of speech, press, or association, the decisions of this Court recognize that abridgment of such rights, even though unintended, may inevitably follow from varied forms of governmental action. … Petitioner has made an uncontroverted showing that, on past occasions, revelation of the identity of its rank-and-file members has exposed these members to economic reprisal, loss of employment, threat of physical coercion, and other manifestations of public hostility. Under these circumstances, we think it apparent that compelled disclosure of petitioner’s Alabama membership is likely to affect adversely the ability of petitioner and its members to pursue their collective effort to foster beliefs which they admittedly have the right to advocate. [Justia]

In short, the Supreme Court ruled that Alabama, by demanding the identities of people who were organizing for controversial political purposes, was inherently mounting an attack on their constitutional rights. Demands for information must be linked with explicit, alleged criminal behavior, or else wholly detached from the exercise of constitutional rights. Once the government has decided certain legal behaviors are “problematic,” it is violating the rights of citizens.

There is a more recent example of this kind of abusive behavior being attempted. In 2019, Los Angeles passed a law requiring all contractors with the city to disclose any business ties with the National Rifle Association, in order to pressure companies to break their ties with the organization, or else be denied contracts with the city. Federal judge Stephen Wilson struck down the law, ruling that forcing companies to disclose their business arrangements was an egregious assault on the First Amendment.

While the federal government’s inquiry into Bank of America has slightly different circumstances, the implications for the First Amendment are identical. The government, in collusion with Bank of America, is exposing ordinary Americans to a fishing expedition, sweeping up hundreds of Americans for legal behavior and singling them out for investigation. They are using the exercise of the First Amendment as a justification to target political enemies.

Banks certainly haven’t struggled with resisting federal inquiries in the past. In fact, for other, better-connected types of criminals, they have been eager to do it even at great cost. Mere weeks ago, Capital One Bank was fined nearly $400 million for systematically protecting money launderers using its check cashing services:

FinCEN said Capital One’s actions caused “millions of dollars in suspicious transactions to go unreported in a timely and accurate manner, including proceeds connected to organized crime, tax evasion, fraud, and other financial crimes laundered through the bank into the U.S. financial system.” “Capital One’s egregious failures allowed known criminals to use and abuse our nation’s financial system unchecked,” FinCEN’s director, Kenneth Blanco, said in a statement. FinCEN said Capital One was aware of the money-laundering risks associated with the check-cashing group, in part because of warnings by regulators and criminal charges against some customers. FinCEN said the bank acknowledged failing to file suspicious-activity reports even when it had knowledge of criminal charges against customers, including a convicted associate of the Genovese organized-crime family. [WSJ]

What’s different this time? It’s not hard to deduce. For America’s financial and corporate elite, the basic constitutional freedoms of conservatives and nationalists are more repugnant than the exploitative behaviors of actual criminals.

This is a gross abuse of power, and both capital and the federal government are complicit. Against such a combination, there is only one possible check: Political organization. Yet for the past week, Republicans have done virtually nothing in response to Carlson’s revelations. They haven’t demanded new legislation, to more explicitly protect Americans from a prying Department of Justice. They haven’t explored how new state laws could potentially keep banks in line. They haven’t even organized a lawsuit over Bank of America and the FBI’s behavior.

As long as the Republican Party fails to stand up for its own supporters when they are targeted, they will continue to lose. Their defeats will continue until the Party fixes itself, or until it is destroyed and replaced by something better.