Beyond Parody: The World of Mike Judge’s Idiocracy Would Be An Improvement

When Idiocracy came out in 2006, it bombed. Frightened of angering advertisers who were ridiculed in the film, Fox suppressed the movie’s release, and it grossed less than a million dollars. But Mike Judge’s satire on civilizational and genetic decay has become more popular every year, mainly because, to many, its predictions are coming true right in front of us.

In Idiocracy, Army corporal Joe Bauers, the “most average” man in the U.S. Armed Forces, is placed in suspended animation for five hundred years. When Bauers awakes, he finds Earth on the brink of collapse — for 500 years, stupid people have relentlessly out-reproduced intelligent people, creating a society where the average IQ has plummeted.

Idiocracy is particularly popular with liberals, who like to imagine that President Trump’s election, and red state culture more generally, represents the real-life rise of Idiocracy. In fact, even Mike Judge agrees with them:

I called the people who made Idiocracy to see how they so accurately predicted the future. “I’m no prophet,” Judge told me. “I was off by 490 years.” He too is shocked at how eerily similar the world has become to the one his movie depicted. He and Idiocracy co-writer Etan Cohen have been working on fake campaign ads for Camacho to be used as anti-Trump web videos, but they’re having a hard time. “Our jokes would be like, ‘I’m going to build a wall around the earth.’ They were only incrementally stupider,” says Cohen. “Writing Idiocracy was just following your id. Now unfortunately our id has become our candidate for President.” [Time]

Idiocracy is hilarious. But Judge and Cohen are off the mark. America isn’t becoming Idiocracy. It’s becoming something worse. Fifteen years after the film’s release, the future portrayed in Idiocracy is indisputably superior to the present liberals are creating right now in America.

Insane? Not remotely. And we’re here to tell you how.

In the Idiocracy-verse, the most popular movie in America is Ass. The film is exactly what it sounds like: An ass, with occasional farting.

Stupid? Certainly. But it isn’t actively, in-your-face hideous, like the “art” that progressive America routinely foists onto the public. In 2020, NPR declared Cardi B.’s pornographic song “W.A.P.” to be song of the year.

“A pair of women honoring their own ladyparts and the pleasures they dish out and expect returned in spades drew the ire of the insecure,” the taxpayer-backed news outlet wrote.

Revolver would, without any irony at all, much rather watch Ass than listen to “W.A.P.”

Early in the film, Joe visits a hospital, where he discovers to his dismay that America’s health care system has degenerated to passing people through a machine, the Healthmaster Inferno, that informs them (possibly at random) whether their ailment is a tumor, hepatitis, tapeworm, “e-boli,” or “just gas.”

Sure, that’s pretty bad. Then again, in America right now medical errors killed a quarter-million people a year even before Governor Cuomo’s catastrophic nursing home coverup. And in Idiocracy, medical care is being provided fairly to people of all races. There isn’t even a hint of doling out health care based on skin color, which has now become the overt preference of American elites.

3. Idiocracy is a genuine meritocracy

The America of 2505 is run by President Dwayne Elizondo Mountain Dew Herbert Camacho, five-time wrestling champ and pornography superstar. President Camacho is dumb…but he’s also clearly one of the smartest people in 2505. He is literate, and smart enough to know that the best way to salvage his decaying country is to find the most capable person and give him immense authority:

In contrast, absolute nobody is under the illusion that Joe Biden is president because he’s the best America has to offer:

In fact, Biden may very well be president precisely because he’s so easily swayed and controlled by others. Kamala Harris is already handling his phone calls.

No, really! The world of Idiocracy may be incredibly stupid, but they have one crucial advantage over the modern liberal dystopia: They don’t deny that intelligence exists.

When Joe is sent to prison in the film, he is immediately administered a rudimentary IQ test, which reveals he has an IQ of 100 and is therefore the smartest person alive. When this is discovered, Joe is immediately named Secretary of the Interior and given near-total authority to try and fix society’s problems. Even in its decayed state, the world of Idiocracy can recognize, empower, and reward genuine talent.

In America, no such luck. Instead of empowering high IQ individuals, America denies that IQ is even real. In Virginia, officials have abandoned the strictly test-based admissions to the Thomas Jefferson High School of Science and Technology, America’s best public high school, in favor of a “holistic” admissions process meant to (of course) increase diversity. San Francisco officials are doing the same to the city’s prestigious Lowell High School, ditching merit-based admissions for the same lottery-based admissions process used for its other (horribly-performing) high schools. Dozens of schools are abandoning the ACT and SAT, which for decades have enabled brilliant students from obscure parts of America to prove themselves and rise to greatness. Without standardized tests, America will return to the system that prevailed before: Advantage will be given, not to the most able, but to the most politically powerful.

Prior to the arrival of Secretary Not Sure, President Camacho’s government is badly-run, to say the least. But it is also entirely focused on attempting to fix real, universal problems: Dust storms, crop failures, a weak economy, acne, and carsickness. President Camacho’s government never treats police officers as presumptively racist. There is never the slightest sign that it promotes “critical race theory” or denounces half the country as innately racist possessors of “white privilege.” In his State of the Union, Camacho is honest, opening his speech by admitting “I know shit’s bad right now.” He never gaslights his citizens that violent riots are “mostly peaceful protests.” Faced with a food shortage, Camacho’s goal is to get crops growing again. He never tries to convince the public that instead they should be eating bugs.

6. Idiocracy has a better attitude toward academia.

In Idiocracy, a law degree can be purchased in bulk at Costco. This indicates that in the America of 2505, academic credentials are assigned the value they deserve (i.e. none whatsoever).

7. Idiocracy has accountability for leaders.

When Joe/Not Sure resumes watering crops with water instead of electrolyte-packed Brawndo, it triggers the company’s collapse and a major unemployment crisis. In response, Joe is sentenced to participate in Monday Night Rehabilitation:

Obviously, Joe shouldn’t have been punished, but the error is simply one of fact, not method. If Joe really had destroyed the economy through incompetence, he would deserve to be held accountable. But accountability is something wholly absent from America’s government. Imagine if George W. Bush, John Bolton, or Bill Kristol faced Monday Night Rehabilitation for instigating the catastrophic Iraq War. Or for that matter, imagine them suffering any career consequences whatsoever. In America, that’s a pipe dream. The wiser citizens of Idiocracy might have had a more reasonable reaction to being lied into a trillion-dollar quagmire.

8. The people of Idiocracy are more tolerant.

In Idiocracy, people are repeatedly called “fags” and “retards,” but nobody ever loses their jobs over it or uses the insults to engage in victimhood pornography on Twitter.

Meanwhile, in 2021 America, New York Times “journalist” Taylor Lorenz harasses private individuals and tries to ruin them by accusing them of using the “r-slur.” Even better, she can’t even accuse the right person.

Some journalists will never admit to being *corrected*. Things are only *clarified*, as if they were mostly right, and the truth was so obscure they cannot take blame for being wrong. pic.twitter.com/VQ9RCGxSBP

President Camacho’s Secretary of State adds “brought to you by Carl’s Jr.,” after everything he says, “because they pay me every time I do!” Similarly, the mighty Brawndo Corporation is allowed to say whatever it wants, but only because it has openly bought both the FDA and FCC. This is a refreshingly transparent form of government compared to America’s, where Big Pharma dominates the FDA and the current president spent his decades-long Senate career as a shill for the credit card industry, but nobody openly admits to it:

For example, one of the biggest credit card companies in Delaware, MBNA, hired Joe Biden’s son Hunter in 1996. Even after Hunter became a federal lobbyist in 2001, he stayed on at MBNA as a consultant at a fee of $100,000 per year, meaning he was pulling in a six-figure salary at the same time his father was pushing for the industry’s top priorities. Biden’s interests were so aligned with MBNA’s that in 1999 he was forced to defend himself by declaring, “I am not the senator from MBNA.” [GQ]

If he were a senator in Idiocracy, Joe Biden would at least add “for everything else, there’s MasterCard” to the end of all his statements, and everyone would grasp his priorities. It would be a better system than our current one.

The people of Idiocracy may be deeply stupid, but they’re still smart enough to realize that they should have police to arrest criminals, and prisons to put them in. In America, our leaders manage to be dumber, publishing opinion pieces about the need to liberate violent criminals from prison and defund the police, then expressing shock at exploding murder rates.

For real! Danny Cochran plays the Secretary of Education in the film, who is a near dead-ringer for anti-illegal immigration blogger Mickey Kaus: 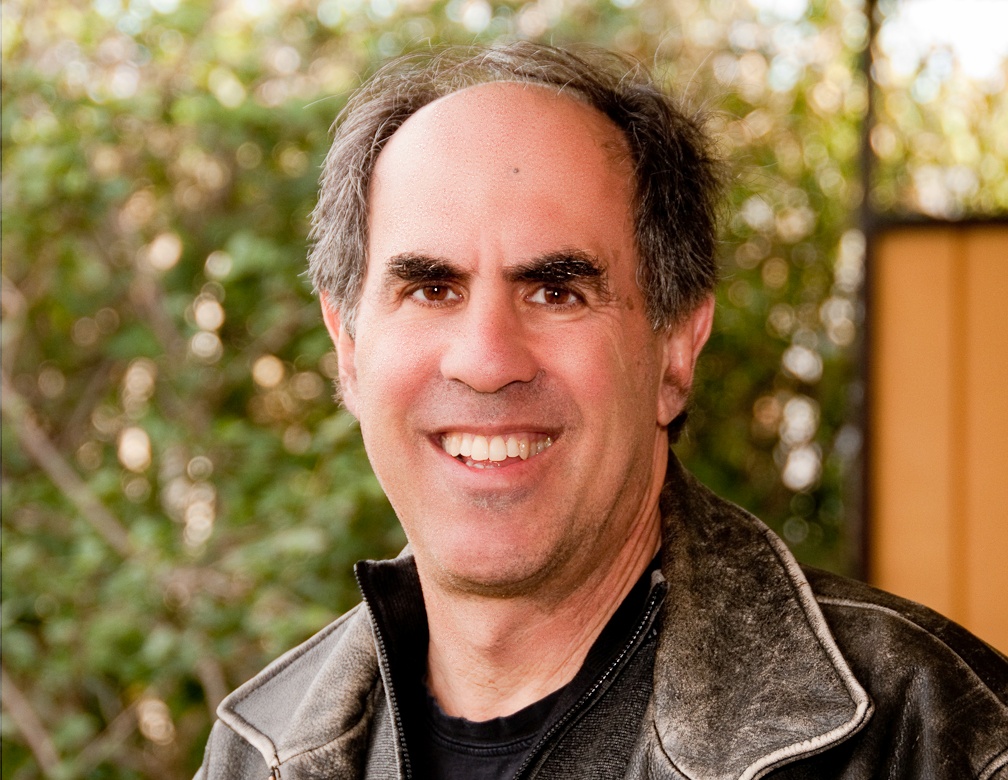 Any nation where a supporter of America’s borders holds a Cabinet post is going to be a lot better than one where the Administration is planning a mass amnesty for 11 million+ illegal immigrants and 125,000 new refugees a year.

But most important of all:

12. For all its faults, the world of Idiocracy is one where the movie Idiocracy could be made, instead of being censored for its politically incorrect acknowledgement of human differences. Despite his ample cynicism, Mike Judge was simply too American to ever imagine the censorship-based dystopia that was just fifteen years away.