“Our people have all left Drudge ... They like REVOLVER and others!”
President Donald J. Trump
“...many of Drudge's long-time readers have fled to Revolver News...”
Tucker Carlson, FOX News
Close No thanks, I don't want breaking news emailed to me
How Daunte Wright’s Shooting Perfectly Exemplifies the “2021 All-American Clown Show” Give Minneapolis a break. They made it nearly seven whole months without another riot. But that remarkable run of success couldn’t last. On Sunday night, a police officer in the suburb of Brooklyn Center shot and killed Daunte Wright after he resisted arrest. Apparently, an officer attempting to use her taser instead grabbed her gun and shot Wright.

Happens to the best of us:

Before you could say “hands up, don’t shoot,” several dozen stores were plundered not just in Brooklyn Center but also in Minneapolis and several neighboring cities.

This latest looting episode is just one small event in a deluge of toxic insanity in America over the past year, but it is also a particularly resonant one. Everything about the circumstances of Wright’s death, and the public response to it, perfectly captures the Clown Show nature of the decaying Globalist American Empire in 2021.

The unnamed police officer who shot Wright is a woman. This isn’t some sexist joke; if Daunte Wright were confronted by an all-male police team, he almost certainly would still be alive.

Body camera footage of the shooting shows that police were arresting Wright when he suddenly made an attempt to flee the scene. Had the officer been a male, subject to a modicum of physical fitness standards, he might have been able to restrain Wright from getting back into his car.

But instead, Brooklyn Center police were operating on President Biden’s maxim that “there’s not a single thing a man can do that a woman can’t do as well or better.”

America insists on telling women that they can be adequate beat cops, even in dangerous areas where physical force to take down suspects is often necessary. To find enough women for the role, they dramatically lower the physical standards for admission. Male candidates for Minnesota state trooper jobs, for instance, face far more exacting physical expectations than female candidates. 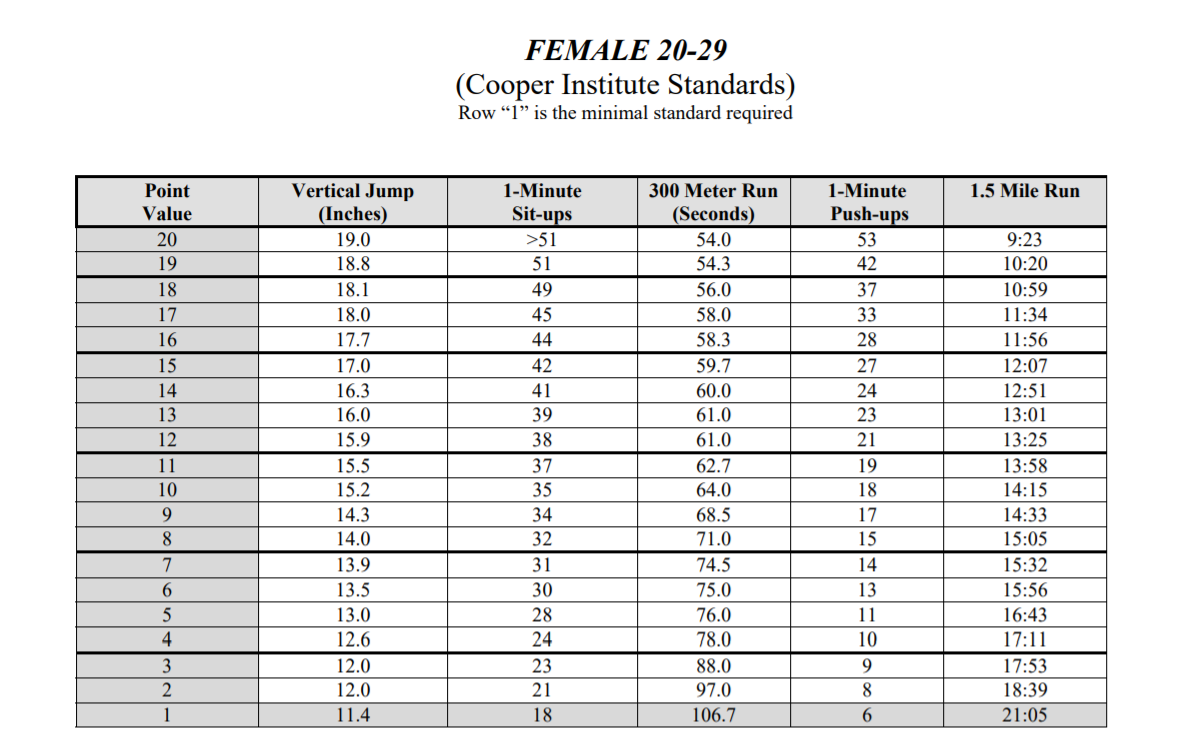 The officer who shot Wright was hired and entrusted with the public safety based on a fantasy. It’s the fantasy, promoted by Marvel movies, ESPN, The New York Times, the White House, and every other branch of the Globalist American Empire’s propaganda machine. It’s the fantasy that women are no different from men, and a petite woman can do the occasionally-violent job of being a police officer just as well as a man twice her size.

“There is no meaningful distinction between men and women.” pic.twitter.com/5Ydy0Zpeho

It’s a fantasy that occasionally costs people their lives.

"No one could have seen this coming" except the comedian who described the situation perfectly a few weeks before it happened https://t.co/kVWwq4sjL2

2. Daunte Wright never should have been on the streets.

Daunte Wright was just 20 years old, but was already well on his way to a wasted life as a burden on law-abiding citizens of Minneapolis. In 2019, Wright was arrested twice in one week, including for aggravated robbery, a felony. In summer 2020, a warrant went out for Wright after he violated the terms of his 2019 release. For good measure, Wright then allegedly committed another pair of offenses when he was found brandishing an illegal firearm and fled from police (who were able to recognize him based on past encounters):

Here is the probable cause statement, he was accused of possessing and brandishing a loaded Ruger .45 and fled when officers arrived after receiving a call pic.twitter.com/6ZjSNIJEzQ

Then, in early April, Wright skipped a hearing for this criminal offense, even though (in a fitting 2021 twist) it was being held over Zoom.

Wright, in short, was a dangerous social cancer, yet society was doing everything it could to keep him on the streets. Somehow, his 2019 robbery case appears not to have been resolved more than a year later, despite it being a violent felony. As a result, Wright was still free, and committing crimes, up to the moment he was shot. A sane society would have recognized Wright as the threat to the common good he was, and imposed sterner penalties on him earlier in life, so that he could either reform himself or at least stop being a danger to the public.

But Hennepin County, Minnesota is an enlightened land of soft-on-crime policies. Last December, for instance, after one of the worst crime years in Minneapolis history, the county attorney’s office reacted by getting rid of cash bail for 19 separate offenses, including car theft. Aggravated robbery wasn’t among the listed crimes, but the move shows the priorities of county officials.

3. Helplessness in the face of riots.

As soon as news of West’s shooting spread, it was obvious what was about to happen: Time for another round of mostly peaceful protests! Besides the George Floyd riots, Minneapolis’s suffering small businesses were also plundered in August, after a black homicide suspect committed suicide and wild rumors spread that blamed the death on police. Thanks to the peculiar reasoning of America’s mostly peaceful protesters, that meant it was time to smash up a 7-Eleven again.

As the rioting unfolded, the police, helpless and emasculated, retreated to a perimeter around their station. Meanwhile, mayhem swept the city streets yet again.

Finally, a few hours after they would have been helpful, the National Guard rolled in to “protect” the businesses of Brooklyn Center, by erecting a barricade and only allowing employees of local businesses to get through.

Situation in Brooklyn Park has stabilized with National Guard protecting businesses. No one allowed except for employees of these stores pic.twitter.com/8sxLaQSwdf

In all likelihood, what this means is that employees and owners are being allowed to visit their smashed up businesses to sift through the wreckage of their devastated lives, but the alternative interpretation is admittedly extremely appealing: That in Clown Show 2021 America, businesses are only allowed to reopen so long as the military is used to keep customers away with the threat of lethal force.

Daunte Wright should be alive today. He was stopped for having an air freshener?

I am holding his loved ones in my heart and my prayers.

Daunte Wright should be alive.

An air freshener shouldn’t be a death sentence. There needs to be justice now — and we must organize across America to finally put an end to police brutality, anti-Blackness, and racial injustice.

Daunte Wright, 20, was killed by police yesterday, after according to his father they pulled him over because an air freshener was allegedly blocking his rearview mirror. This happened 10 miles away from the Chauvin trial. https://t.co/O7fzZZaGk1

Minnesota police fatally shot a Black man during a traffic stop. Family say police stopped him for having an air freshener in his rearview mirror.#DaunteWright was 20.

Police shot him as he reentered his car, claiming he had an outstanding warrant, and he crashed blocks away. pic.twitter.com/53N3t9SkU3

Welcome to America, where a Black man is pulled over and murdered by police after hanging an air freshener on his mirror, but white men walk away unscathed after carrying out mass shootings.

Daunte Wright was 20 years old, out driving with his girlfriend in his new car.

MN cops pulled him over because he had an air freshener on his rearview mirror- moments later he was shot and killed.

None of them, of course, will face any penalties from Twitter for spreading “misinformation,” even though they are egging on a hysterical reaction that is causing riots and putting thousands of ordinary people in danger. None of them will be suppressed on Facebook or smeared in a New York Times article. They’ll be left untouched, because the lies they spread are the official propaganda of America’s ruling elite. As always, “misinformation” is just a codeword for “dissent,” and the Wright case proves it.

Following Wright’s death, the MLB, NBA, and NHL all immediately responded by canceling upcoming games in the Twin Cities. It’s not because they fear exposing fans or players to riots, which might be a reasonable precaution. Instead, they did it purely as a form of political virtue signaling.

Out of respect for the tragic events that occurred yesterday in Brooklyn Center, and following the additional details in this evolving situation, the Minnesota Twins have decided it is in the best interests of our fans, staff, players and community to not play today’s game. The decision was made by the Minnesota Twins after consultation with Major League Baseball, and local and state officials. [The Nation]

A statement from the #mnwild: pic.twitter.com/3YDy8HTJKz

This sort of behavior is now the norm. Professional sports have now become a cudgel by which authorities can impose their will, because huge swathes of America are mentally enslaved to modern-day bread and circuses. These canceled games will be used to make the case that America’s most pressing problems are “racism” and “police brutality,” not the fact that America suffered 4,000 extra murders last year thanks to a politically-motivated assault on basic law and order.

This address will also be broadcast live in Spanish and Somali through @TPTNOW and Somali TV Minnesota.

8. The complete mockery of justice and due process for Derek Chauvin

Everybody understands the subtext of the Brooklyn Center riots: They’re just a pale prelude of what will be unleashed if jurors dare acquit former police officer Derek Chauvin for the death of George Floyd. Intended or not, the riots are effectively a threat to all of the Chauvin jurors that they and their communities will be targets for violence if they reach the “wrong” decision. But for the judge in the case, it’s all a non-issue, a “totally different” case.

Judge Peter Cahill DENIES the defense's request to sequester the jury in the #DerekChauvinTrial. Defense wanted the jury isolated over the police shooting of Daunte Wright in nearby Brooklyn Center. Cahill said, "This is a totally different case."@AJEnglish

It was obvious even before the riots that a fair trial for Chauvin was virtually impossible, especially with an unsequestered jury. Now, the trial has gone from unfair to farcical, a mockery of justice and of the due process rights Americans were once able to enjoy in their own country.