Revolver’s major investigation into the January 6 Capitol incident has sparked a gargantuan response from Congress and the press.

In a report published late Sunday night, Revolver explored the federal indictments against members of the Proud Boys and Oathkeepers, and found that the leading planners and provocateurs of the 1/6 incursion weren’t the individuals who have been publicly charged with crimes, but the unindicted persons who were present at the Capitol alongside them.

Revolver’s investigation raised disturbing possibilities. Would 1/6 have happened without substantial agitation by federal law enforcement to make it happen? Did shadowy forces recognize the January 6 rally from the beginning as an opportunity to harm the Trump movement to take back America? Was the entire militia/white nationalist “threat” substantially a creation of federal law enforcement for the purpose of defaming and discrediting right-wing populism?

Revolver has raised the questions. But it will take work by allies within the government to reveal the full truth. And thankfully, several lawmakers are already stepping up.

Late Tuesday, in the wake of Revolver’s investigation, Congressman Matt Gaetz of Florida sent a letter to FBI Director Christopher Wray demanding to know how many undercover federal agents and informants were present at the Capitol, what roles they played, and how many of them had infiltrated the Proud Boys, Oathkeepers, and Three Percenters:

Congressman Gosar Asks Director Wray About The Surveillance Footage From Jan 6th, Information About The Killing Of Ashli Babbitt, & Enters Into The Record Revolver News' Most Recent Report On Jan 6th pic.twitter.com/ApzpUJsdCR

Congresswoman Marjorie Tyler-Greene demonstrated why so much of Washington despises her by joining the demand for answers as well.

We need names and answers about the FBI operatives, who were involved in organizing and carrying out the Jan 6th Capitol riot.

First they had a “back up plan” to stop Trump in Russia Collusion witch hunt, now we are finding out they were deeply involved in Jan 6th.

Revolver’s investigation has prompted heavy coverage from the press as well.

I realize that @DarrenJBeattie and Revolver News have been declared off-limits, but read the reporting they did to judge for yourself on whether these questions of FBI infiltration are valid. They did vastly better 1/6 reporting than most liberal outlets:https://t.co/hJ2gaMstvn

Revolver’s reporting was the lead story on Tuesday’s episode of Tucker Carlson Tonight. After a nearly ten-minute opening monologue drawing on Revolver’s work, Tucker Carlson interviewed Revolver’s Darren Beattie. As of this writing, the segment has been viewed more than 200,000 times on Twitter, in addition to the millions who viewed it live.

BREAKING: @DarrenJBeattie of Revolver News breaks down the involvement of FBI operatives who organized and participated in the January 6th Capitol riot. pic.twitter.com/t1UOnT5zgc

Here’s the monologue in its entirety if you’ve been living under a rock and haven’t seen it yet. Some are calling it Tucker’s best monologue yet.

The segment generated more than 54,000 tweets as of this writing. Not only that, but Twitter’s clueless content aggregators tried to “debunk” it in a comically ham-fisted way. 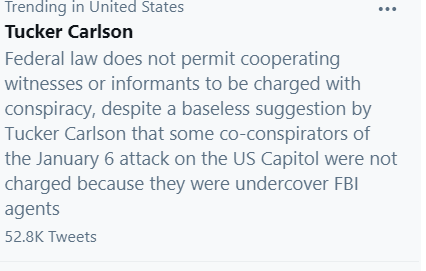 Twitter is so desperate that its inept aggregators did Revolver’s work for it. Twitter’s own “deboonking” supplies the exact reason it’s so curious that so many “co-conspirators” have not been charged. 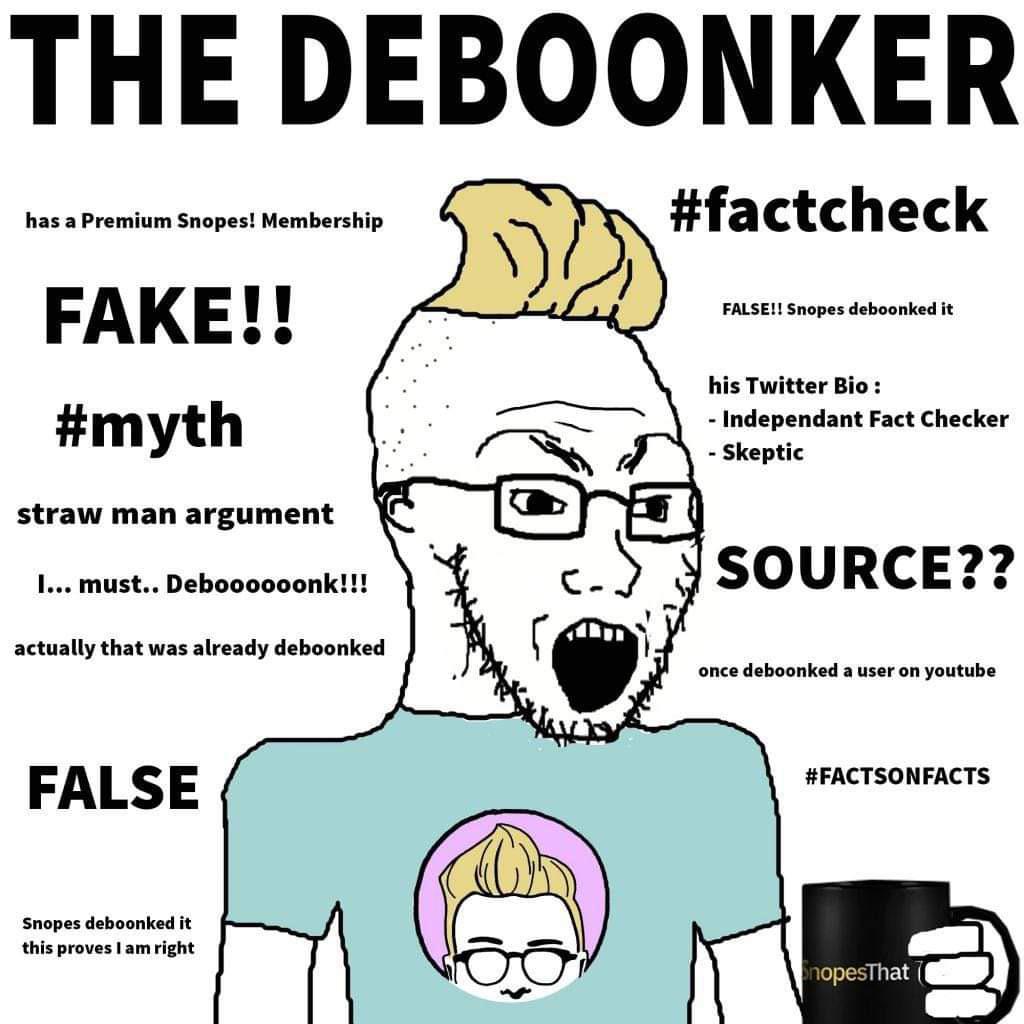 This is good news, but not the end. Potential FBI involvement in the Capitol Riot needs to be a priority for every Republican in Congress, not just a handful. And it will be, if Republican voters demand it.

Revolver encourages Republican voters to contact their members of Congress, and tell them to join Rep. Gaetz, Gosar, and Greene in demanding a full investigation into federal foreknowledge, incitement, and involvement in the events of 1/6.

And until the full truth is revealed, elected Republicans have a moral obligation to fight back against the Biden Administration’s continuing efforts to exploit 1/6 to justify a political purge of its domestic enemies.

This moment is critical. On the same day Revolver’s report dropped, the Biden administration released a thirty-page plan for combating “domestic extremism.” After a year of mass riots and antifa destruction cheered on by the press and political elites, the plan pushes the demented lie that “white supremacy” and anti-government “militias” are the chief violent threat within the U.S.

If the establishment narrative of 1/6 is allowed to go unchallenged, it will be used to justify an unprecedented campaign by the Deep State against its domestic enemies.

Only the truth can guard against this. And it is the responsibility of Republicans in Congress to deliver it.