Ruh roh: HBO’s new adult cartoon “Velma” is so cringe, it may singlehandedly bring down the entire woke empire…

Brief note: A Soros-funded Grinch tried to steal Revolver this Christmas but was thwarted thanks to you, The People. We are grateful and fortunate to be supported by YOU, our generous readership. Subscribers and Donors help us weather any cancel culture storm. Buy a $49 per year Subscription for yourself and for your friends and family if you haven’t yet, and if you are able and willing to give more, don’t hesitate to make a recurring monthly donation — whether it’s $1 or $1,000, every bit helps. You can also now easily give the gift of a Revolver ad-free Subscription. Simply go to the Subscribe page and check the “gift” option. Don’t be a Scrooge — make it an annual subscription.

The left’s woke movement may be coming to an end, and it won’t have anything to do with the right burning it down. Undoubtedly, we have gotten in some good hits, but the demise of the woke movement may ultimately come at the hands of the new HBO adult cartoon “Velma.”

Yes, this new cartoon is so godawful and cringeworthy that it may bring the entire woke empire crashing down.

And that’s not hyperbole.

The left is actually in a tizzy over this ghastly show, to the point where they’re now claiming the entire show is a “right-wing psyop” designed to mock, and make them look bad.

Do they really need help to look bad?

Velma is so bad in fact, that it’s spawning conspiracy theories that creator Mindy Kaling made what is essentially a parody of what the right wing thinks left wing comedy is like. As in, a show that not just recast most roles with new races, but also features loads and loads of “white guys, amiright?” jokes. The idea is that Kaling is a secretly conservative force in media trying to make the left look bad by making a cringey adult cartoon full of “this rich white guy has a small dong” jokes that the right can point at as everything wrong with race-recasted, social justice-influenced media.

The BlueAnons and their tinfoil hats are out in full force:

the showrunner of "velma", mindy kaling, is both a transphobe and said that you couldn't make "the office" today because cancel culture. she's a fellow reactionary.

she *deliberately* made "velma" suck so the culture war youtubers make a million videos about it to boost its SEO. pic.twitter.com/5ZJJDN9gCr

Honestly, that’d be a pretty funny troll if it were true, but sadly, it’s likely not.

How do we know this?

Well, because the critics twisted themselves into a pretzel to try to boost up this flop, but it didn’t work. 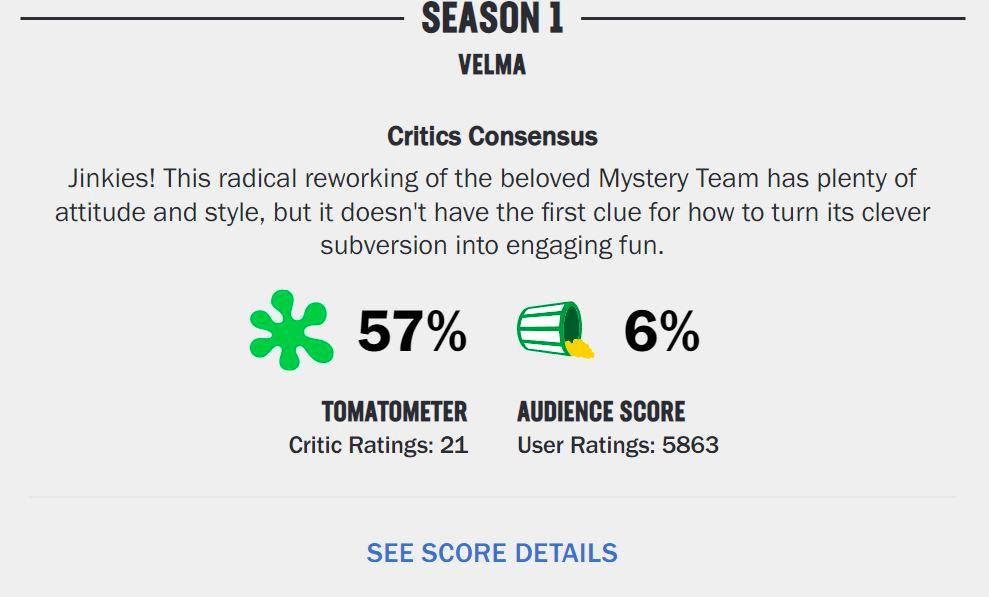 Here’s a great breakdown of how truly bad this show really is:

The truth is, Velma is just another crappy “woke” show that just happens to be extra talentless and terrible.

But there’s something oddly fitting about this particular flop…

After all, if there’s one thing Scooby-Doo taught all of us, it’s that the real monsters are just regular people who do really terrible things (and make crappy woke shows).

Please subscribe to Revolver News for $49 a year so that we can keep bringing critical investigations to you, the People. If $49 per year is merely pocket change for you, please don’t hesitate to make a recurring monthly donation — whether it’s $1 or $1,000 per month, every bit helps.