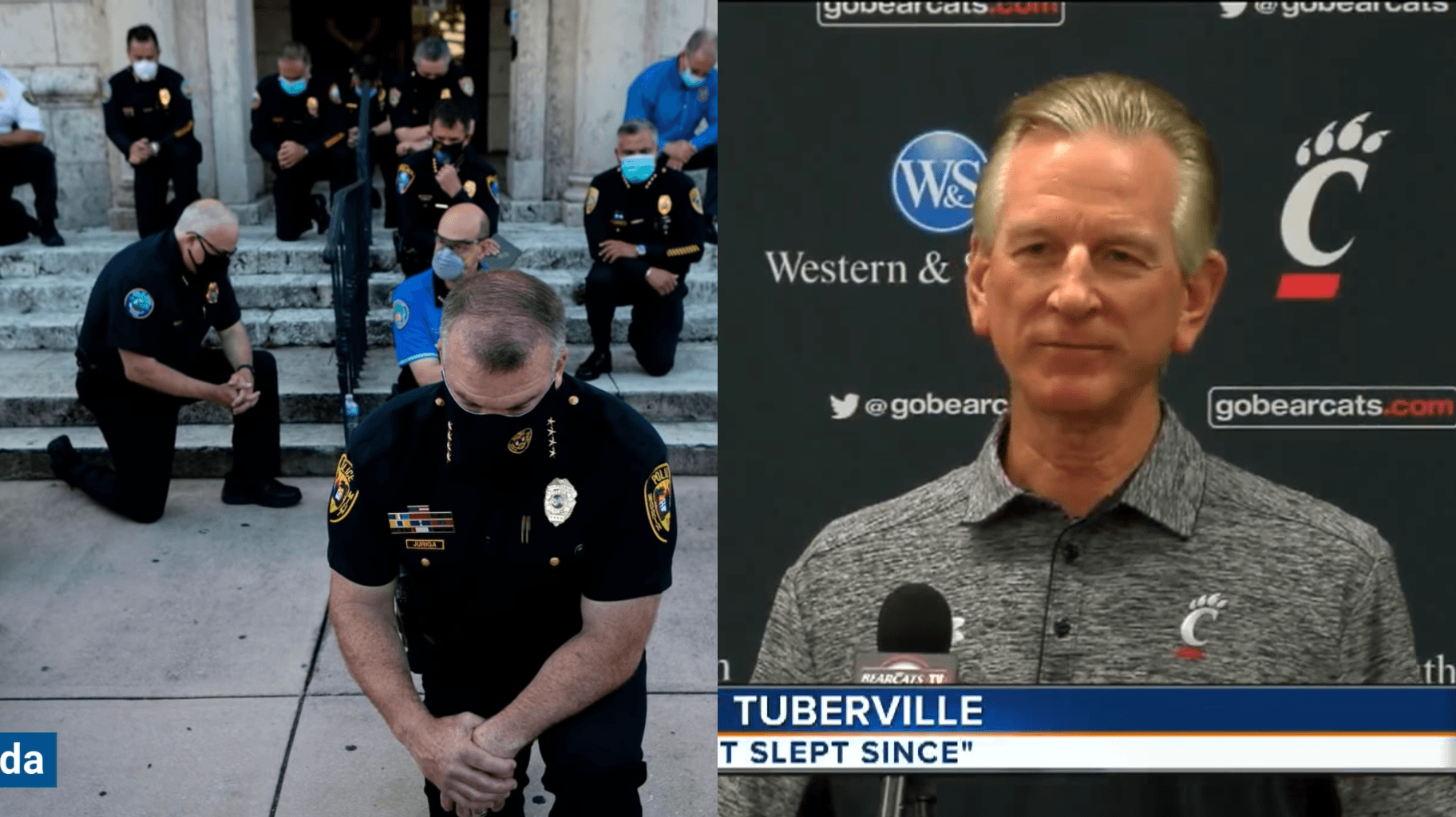 The only thing more shameful than the chaos and destruction visited upon the American people by Black Lives Matter and ANTIFA is the complete inability and unwillingness of Republican politicians to stop it.

It is as if some GOP politicians have a mission in life to find the handful of people who don’t think of them as dumb, low-status and weak, and change their minds. Things are bad enough when GOP eunuchs to do nothing, but they have an even more pernicious habit of internalizing the morality of the enemy and using it against their own supporters. Perhaps they do so in order to rationalize their weakness.

GOP Senator Mike Braun’s qualified immunity bill, which was powerfully exposed by Tucker Carlson, provides one particularly egregious example of this phenomenon. This bill would make it easier for Black Lives Matter activists and their violent proxies to sue police officers.

Thanks to Tucker’s exposure, Braun is now likely to try to save face by taking the qualified immunity provision out of the bill, rather than abandoning the bill entirely.

REVOLVER.NEWS was the first to break the Braun story.

It is in this broader context of GOP, and particular Senate GOP treachery and weakness that we must consider the history of “Coach” Tommy Tuberville, who is in a primary battle with former Senator Jeff Sessions for the Alabama Senate seat.

Although Tuberville has no prior political experience, he has come under attack for his support of cheap-labor immigration policies that would undercut American workers, particularly in a time of acute unemployment as a result of sustained Covid-related lockdowns.

While this is disturbing enough, what is less known is Tuberville’s role in actively promoting the very same “Cancel Culture” that has risen to such a frenzied and fevered pitch in recent months.

As a Football coach at Ole Miss, Tuberville actively discouraged the long standing tradition of spectators waving “Rebel Flags” in support of their team.

Ole Miss head football coach Tommy Tuberville has a message for the school’s football fans: Rebel flags are not welcome.

In Tuberville’s statement, he said, “I’m asking everyone that supports Ole Miss and the Rebels to use good judgement on what you elect to bring to the stadium. … It’s time to support our teams physically, mentally and morally with enthusiams and not with symbols.”

Since coming to Ole Miss in December 1994, Tuberville has tried to separate the university from the flag. While the school never endorsed its use, the Confederate flag was passed out at games for decades. [Daily Journal]

As recent weeks have made abundantly clear, the enemies of American history are not interested in nuanced conversations about the Civil War.

In expending political capital to support the erasure of the Rebel Flag, Tommy Tuberville lent moral support to present-day cancellation mobs that not only remove confederate statues of Lee and Stonewall Jackson, but also to the very same mobs who are now removing a statue of Abraham Lincoln (not a Confederate).

#BREAKING: The Boston Art Commission tonight voted unanimously to remove the Emancipation Memorial in Park Square. Move also calls for for bringing in an art conservator to oversee removal of bronze statue "and placement into temporary storage." https://t.co/UwPKGH1r2d

Tuberville’s actions seem disturbingly close to those of Nancy Pelosi, who has called Confederate statues “homages to hate” and called for their removal. Pelosi has also called to rename famous military bases, like Fort Bragg, that were named after Confederate generals.

Meanwhile, President Trump has spoken out strongly against the rewriting of history and erasure of heritage of the sort promoted by Tuberville and Pelosi.

I will Veto the Defense Authorization Bill if the Elizabeth “Pocahontas” Warren (of all people!) Amendment, which will lead to the renaming (plus other bad things!) of Fort Bragg, Fort Robert E. Lee, and many other Military Bases from which we won Two World Wars, is in the Bill!

To be sure, President Trump has officially endorsed Tuberville, due to his personal grievances against Senator Jeff Sessions over his handling of the Russia investigation while serving as Attorney General.

Given Tuberville’s weakness and unpopular stance, and particularly his active participatory role in the sort of behavior now animating cancel culture convulsions, Tuberville might have to join the roster of SWAMP Republicans whom Trump endorsed but ended up losing to America First insurgents.

The American people will have to ask themselves, especially in this environment, whether they really need another weak GOP swamp creature who proudly takes a knee before the mob burning down our cities and tearing down our history before our very eyes.