“Our people have all left Drudge ... They like REVOLVER and others!”
President Donald J. Trump
“...many of Drudge's long-time readers have fled to Revolver News...”
Tucker Carlson, FOX News
Close No thanks, I don't want breaking news emailed to me
Judge Gives Teen “Anger Management” After He Murdered a 59-Year Old White Man at the County Fair

Here’s a story you won’t see in the race-obsessed national media.

Two black Maryland teenagers found guilty of killing a middle-aged white man via sucker punch at the county fair were let off by the presiding female judge with shockingly lenient sentences of probation and anger management. The teens punched the man after asking him for a dollar. After the first teen landed the knockout blow, the other one spit on his lifeless body. The small crew then proceeded to dance around the lifeless man, 59-year-old John Weed, like a bunch of maniacs.

The incident happened last year, but of course you haven’t heard about it until now. The national press has totally ignored the story. While the local paper did a decent job, they totally ignored the racial angle and buried the video, which you will find below. From the Frederick News-Post:

The second of two teen brothers charged after a man died at the Great Frederick Fair last year was placed on probation Wednesday and ordered to complete an anger management program, among other commitments.

The older of the brothers, who was 16 years old at the time of the Sept. 20 assault, was initially charged with two counts of second-degree assault related to the attack that killed 59-year-old Mount Airy resident John Marvin Weed.

Of those charges, one count was for the teen reportedly spitting on Weed after he had fallen to the ground, which was the charge the teen pleaded guilty to July 8 during a hearing in Frederick County Circuit Court. The second assault charge was dropped per a plea agreement reached between prosecutors and Stacey Steinmetz, an attorney representing the teen.

A reporter for The Frederick News-Post was asked to leave the courtroom Wednesday after Steinmetz asked that hearing be closed to the public. Judge Julie Stevenson Solt agreed, saying that much about the case that would be discussed, especially regarding the teen’s past and other details, would be too sensitive to be shared in open court.

This is the judge, folks. 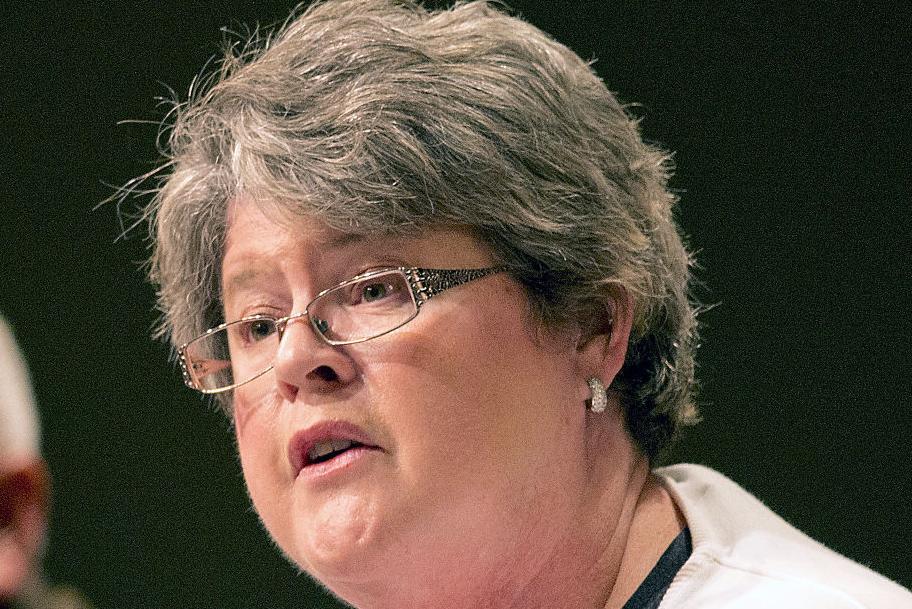 Law enforcement officials and prosecutors claim that the younger brother, who was 15 at the time of the assault, approached Weed on the midway of the fairgrounds at about 5:30 p.m. Sept. 20 and asked him for a dollar, according to stories posted previously by The Frederick News-Post. After a brief exchange of words, the 15-year-old punched Weed, igniting a scuffle that was soon joined by the 16-year-old.

Weed was punched repeatedly in the head during the assault with the 15-year-old landing the final blow that left the Mount Airy resident unresponsive on the ground, according to previous stories. [Frederick News-Post]

The local paper tries to make it sound like a man just happened to “die” at the county fair. No harm, no foul, right? But we have the video. This is straight up murder of an innocent man by way of a sucker punch.

The attack was caught on video. pic.twitter.com/WibDYumQln

Weed was unconscious before he hit the ground. He never woke up. Weed’s killers hopped around in excitement, publicly gloating over what they had just done.

Of course, we deeply regret having to report to you, our dear reader, the racial angle. In a just world, there would be an honest conversation about race, and CNN would have already told you the story. But as Matt Walsh has so eloquently described, no one protests when a white man dies.

I keep hearing that the killing of black men by white men receives more coverage and outrage than the reverse because the white men aren't arrested. This is so insanely, absurdly, obviously false that I can't believe anyone can claim it with a straight face. Here are the facts:

The officer in the Michael Brown case was arrested and charged but that didn't stop the protest. He was also cleared by investigations on the local and federal level. Witness testimony and forensics vindicated him. Still, the outrage continues.

You just can't get around this. The facts are staring you in the face. There is a racial double standard here. Anyone with a brain can see it. White on black killing, justified or not = protests and coverage. Reverse, justified or not = not protests, ever, and little coverage.

The 15-year-old who threw the lethal punch at Weed has faced effectively zero punishment. Last spring, he was allowed to plead guilty to involuntary manslaughter, even though there was absolutely nothing “involuntary” about the attack. He was sentenced, not to prison, but to a “behavioral modification program” that will end as soon as he turns 21.

This was the public murder of a helpless, random target, chosen because he seemed weak and unable to defend himself. It was effectively a lynching, with Weed executed for showing insufficient deference to the men who killed him. But instead of a punishment, lenient judges and prosecutors gave the killers anonymity and a slap on the wrist.

In a country where a drug addict with congestive heart failure dying in police custody is international news, predatory teenagers getting away with a savage murder might deserve at least a small article from national outlets. But The New York Times, Washington Post, CNN, and even Fox News have all studiously avoided the story. Why?

Because in 2020 America, John Weed’s life doesn’t matter. He was a white man. Only black lives matter to the national press. He also wasn’t a criminal, a predator, or an addict. He didn’t die while resisting arrest. So, when a criminal mob surrounded him, and killed him for no reason, nobody thought anything of it. The Black Lives Matter movement exists to enable the murder of people like Weed. They do it by defunding police, defanging the courts, and by prioritizing “restorative justice” over the law and order actually needed to uphold civilization.

Depraved attacks like this one have become more and more common. Mob assaults were routine in Minneapolis even before the George Floyd riots:

At about 4 a.m. on August 17, at the intersection of 5th Street and Hennepin Avenue, a man stands by himself while looking down at his phone. Slowly but surely, people approach him to talk. Eventually he is surrounded, beaten and left unconscious — all so the thieves could take his phone and wallet … A few weeks earlier outside Target Field, another group targets a man who is alone in broad daylight. They attack him, and even ride a bike over his body — all to steal his belongings … From January 1 to August 26 in 2018, police said there were 156 robberies downtown. During that same span in 2019 there were 240 — an increase of 53.8%. [CBS Minnesota]

These attacks will only grow more common, as the left uses its power over institution to enable criminals. Last fall, New York resident Jaquan Whittle was arrested for sucker punching a 71-year-old woman, once again for no reason. Whittle was only able to commit that crime, though, because he was already out on probation for an attempted rape just two years earlier.

The attacks will also grow more common thanks to the anti-white, racist rhetoric of the Black Lives Matter ovement and the national media, which rouses passions and racial hatreds among some American blacks, and the predatory, criminal class at large, as in the case of the mostly white group Antifa.

There’s a reason some are calling them the Interahamwe Left.

People respond to incentives. And right now, in America, we are stripping away the incentives to not commit horrific crimes against innocent victims, at the exact same moment the Enemy of the People are whipping up vicious racial hatreds against white people. The consequences are disastrous. Steel yourself, and be prepared to do whatever is necessary to protect the lives of yourself and your family from the forces of Hell. 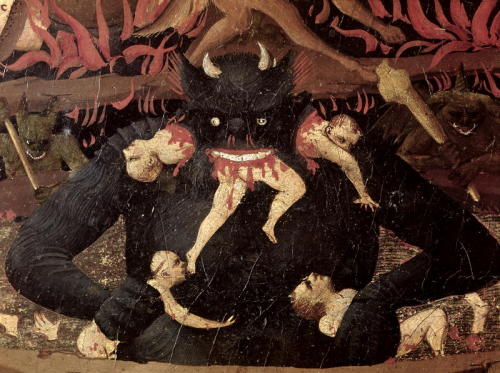 This is the future that liberals want.