“Our people have all left Drudge ... They like REVOLVER and others!”
President Donald J. Trump
“...many of Drudge's long-time readers have fled to Revolver News...”
Tucker Carlson, FOX News
Close No thanks, I don't want breaking news emailed to me
Wisconsin Governor Sides With Looters and Rioters: A Definitive Rundown of the Kenosha Riots

← Front page /
Wisconsin Governor Sides With Looters and Rioters: A Definitive Rundown of the Kenosha Riots
August 24, 2020 (2y ago) 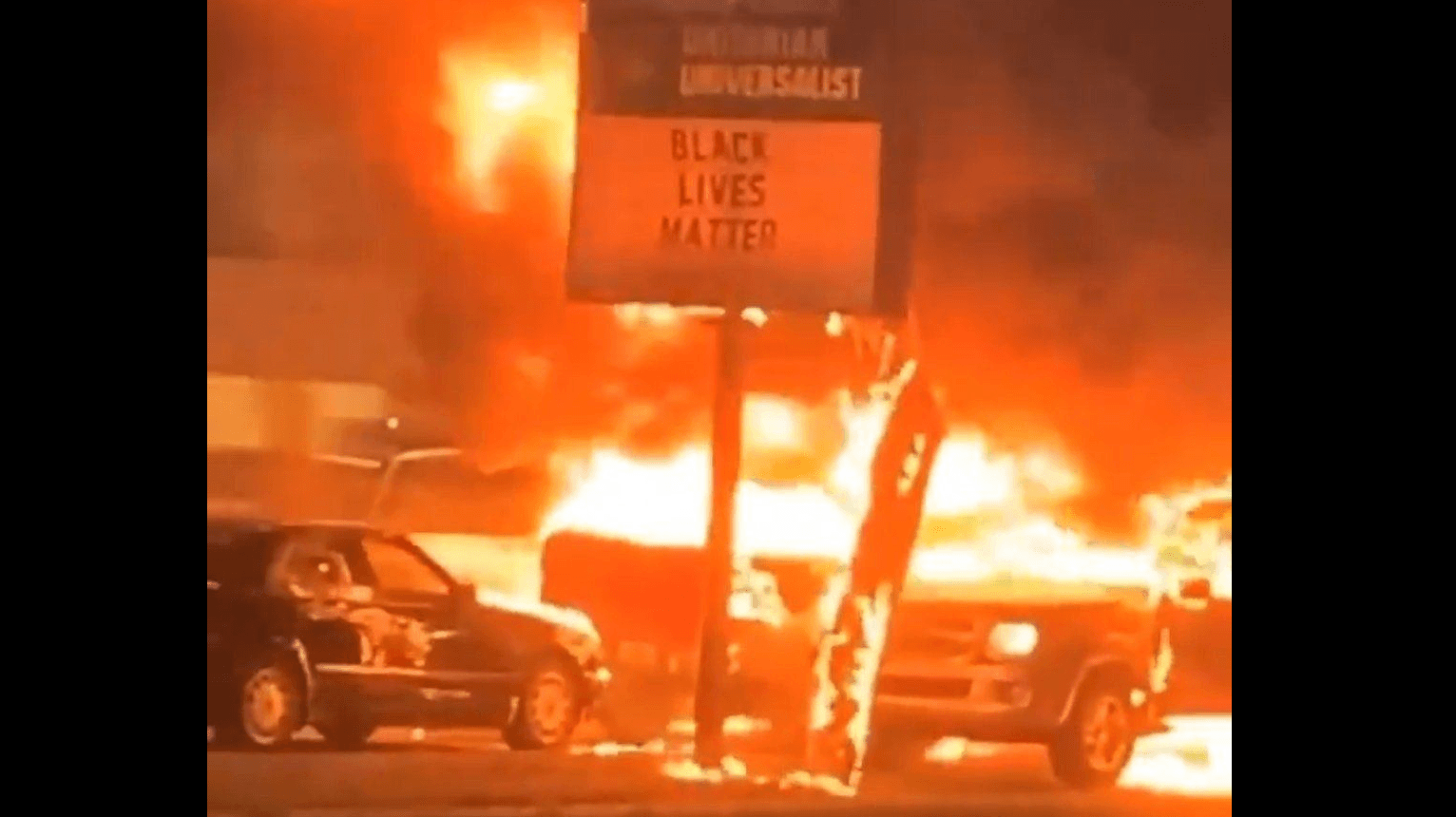 America once again finds itself on the brink of being plunged into total darkness, chaos, anarchy, and violence, after the “Black Lives Matter” gang took to the streets to burn and loot Wisconsin’s fourth-largest city, Kenosha, after an officer shot a black man who refused to cooperate with the lawful authorities. Once again, the authorities were nowhere to be found. The disgusting Democrat Governor Tony Evers quickly weighed in to side with the forces of evil (full statement below). 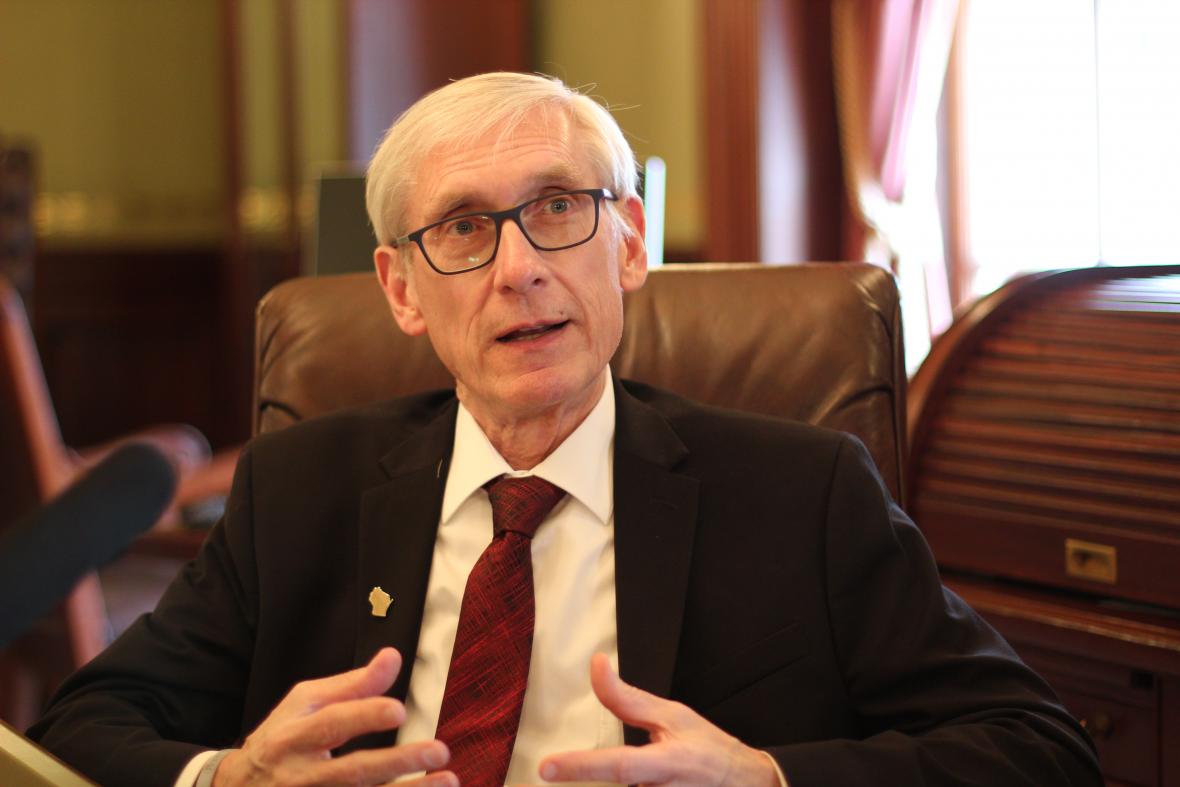 Here’s the incident that sparked the whole debacle.

Oh give me a break in Kenosha.

Cops were called to a domestic, the guy resisted, defied multiple commands, then in the video was clearly lunging and reaching under his car seat for something before being shot.#BlackLivesMatter  can go fuck itself.

It’s truly a shame that the officers did not handle the situation better. While we do not know the physical condition of the officers, one surmises that if they were in peak physical condition, they could have wrestled this man to the ground instead of shooting him. Officers ought to be able to handle themselves in close hand-to-hand combat. That being said, this man was clearly combative, uncooperative, and could have been lunging for a gun or weapon. The officers appear to be justified in taking drastic actions.

The man who was shot, Jacob Blake, has a history of attacking the police. There was a warrant out for his arrest, which may explain why he refused to cooperate with the authorities.

Jacob Blake, the man shot by police in Kenosha, Wisc., has a history of assaulting police. He also has past charges for domestic abuse & a sex crime. There's a warrent for his arrest. BLM rioters are currently destroying the city to avenge the shooting. https://t.co/BErLeJdPwj pic.twitter.com/JhHcbis5kf

He also has a history of keeping a gun under his seat, which is exactly where he was reaching.

The denizens of Kenosha, a town which is 10.0 percent black according to Wikipedia, immediately took advantage of the situation. The “Black Lives Matter” gang began burning, looting, pillaging, and threatening and attacking the authorities.

BLM arson attacks overnight in Kenosha, Wisc. spread to the Bradford Community Church, a far-left universalist religious organization. The church’s sign in support of #BlackLivesMatter was consumed in flames. pic.twitter.com/u02CIwsnIm

It is always a temptation to an armed and agile nation
To call upon a neighbour and to say: —
“We invaded you last night–we are quite prepared to fight,
Unless you pay us cash to go away.”

And that is called asking for Dane-geld,
And the people who ask it explain
That you’ve only to pay ’em the Dane-geld
And then you’ll get rid of the Dane!

It is always a temptation for a rich and lazy nation,
To puff and look important and to say: —
“Though we know we should defeat you, we have not the time to meet you.
We will therefore pay you cash to go away.”

And that is called paying the Dane-geld;
But we’ve proved it again and again,
That if once you have paid him the Dane-geld
You never get rid of the Dane.

It is wrong to put temptation in the path of any nation,
For fear they should succumb and go astray;
So when you are requested to pay up or be molested,
You will find it better policy to say: —

“We never pay any-one Dane-geld,
No matter how trifling the cost;
For the end of that game is oppression and shame,
And the nation that pays it is lost!”

Black Lives Matter broke into the courthouse and set fires, and firefighters stood down, no doubt because it would be unsafe to try to interrupt the savages.

Black Lives Matter ruined the downtown area by looting it and breaking windows everywhere, all while screaming out “Get the cash register” and “hey, get all that sh**.”

Some bricks magically appeared! How convenient.

This is insane. BLM rioters armed with semi-auto rifles have shut down the street in #Kenosha and ordered a Sheriff’s vehicle to stop. Video by @livesmattershow. #BlackLivesMatter pic.twitter.com/cDhmOBG1p9

Outbreak of anti-police violence in Kenosha, Wisc. after a police-involved shooting of a black male. #BlackLivesMatter pic.twitter.com/Vf5efM5qIR

Many were injured in the violence.

Wisconsin police feloniously assaulted by BLM mob. One officer was knocked out with a brick (BLM mobsters cheer as the officers limp body is dragged away). Molotov cocktails thrown at officers at close range. Chaos, destruction, evil – BLM. pic.twitter.com/zLIMmYdZE5

Low IQ rioter sets herself on fire and thinks its funny pic.twitter.com/wLGTRp7n4J

For a lot of the Black Lives Matter gang, this is just a big excuse for a fun little time. It’s almost like a party for some of them, who are out there giggling and laughing. They don’t seem too angry.

Now, you might say, “this is so unfair, you can’t lump these criminals in with Black Lives Matter.” But in reality, the rioters gleefully tagged the words of their gang everywhere they went.

#Kenosha, Wisc.: Rioters tag the name of #BlackLivesMatter as they riot and loot across the city. Video by @livesmattershow: pic.twitter.com/QkzknsvrVi

The doddering old fool and self-described “progressive” Governor of Wisconsin, Tony Evers, immediately released a press release that sided with the rioters and looters. This is pure evil:

“Tonight, Jacob Blake was shot in the back multiple times, in broad daylight, in Kenosha, Wisconsin. Kathy and I join his family, friends, and neighbors in hoping earnestly that he will not succumb to his injuries. While we do not have all of the details yet, what we know for certain is that he is not the first Black man or person to have been shot or injured or mercilessly killed at the hands of individuals in law enforcement in our state or our country.

We stand with all those who have and continue to demand justice, equity, and accountability for Black lives in our country—lives like those of George Floyd, of Breonna Taylor, Tony Robinson, Dontre Hamilton, Ernest Lacy, and Sylville Smith. And we stand against excessive use of force and immediate escalation when engaging with Black Wisconsinites.

I have said all along that although we must offer our empathy, equally important is our action. In the coming days, we will demand just that of elected officials in our state who have failed to recognize the racism in our state and our country for far too long.” [WKOW]

No doubt, Governor Evers thinks of himself as such a good boy, such a good liberal who never hurt even a fly. 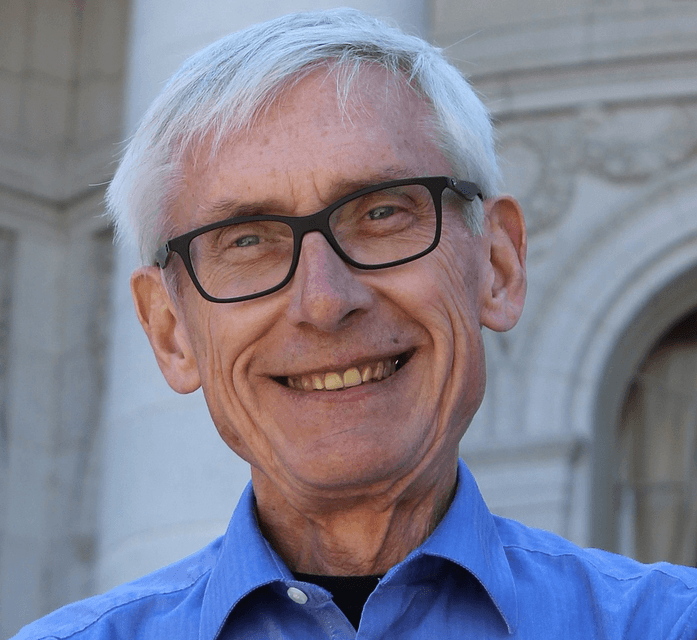 But, when good men do nothing, they allow evil to triumph.

When good men do nothing, evil triumphs. Evil, sin and sinful men must be opposed. God commands those who are good, not just to avoid evil but actively oppose it.

Christians are to not only to “have no fellowship with the unfruitful works of darkness, but (also) reprove them” (Eph. 5:11). Those who do nothing about sin and evil, help the sin and evil to prevail. One who is silent when there are those around him in sin becomes a partaker with them (Eph. 5:7). [David Padfield]

Some say that Donald Trump should stop the violence, but the truth is that President Trump is not a fairy godmother who can be everywhere at once, stopping the forces of evil with his mind. The people of America have brought on this madness by electing local officials who allow this nonsense.

President Trump cannot save local communities from themselves. There is nothing stopping them from electing politicians who will uphold law and order. The People must demand law and order from their leadership. More importantly, strong leaders must emerge who will be willing to represent the People. Unfortunately, there are not too many strong leaders currently in the Republican party.

The feckless Republican party must actually represent the interests of the People as a populist party, and that includes a firm commitment to law and order. President Trump might just be the only Republican in the entire party who believes in law and order and opposes the myth of “systemic racism.” Most Republicans are similar to Nimrata “Nikki” Haley, who never misses a moment to pander to the liberals and to Black Lives Matter.

The Republican party will continue to be second-rate and second-class party until it becomes serious about taking power and wielding it for the common good of all Americans, not just donor interests. 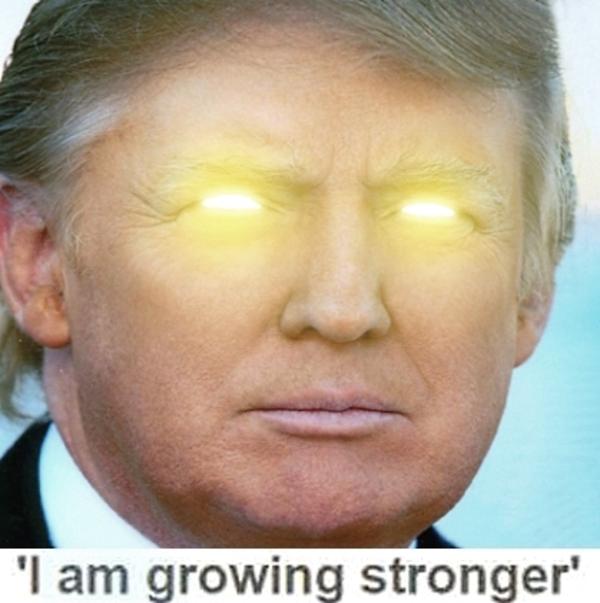