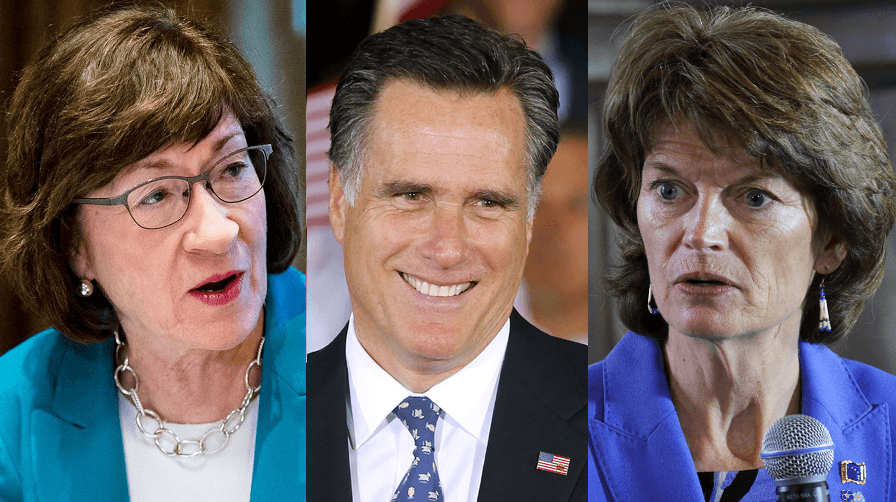 In the wake of the news that Supreme Court Justice Ruth Bader Ginsburg has passed away, Democrats and their allies in the press are already bringing massive pressure on Republicans to refuse to nominate a replacement until after inauguration day.

Republicans must ignore these demands. If any Republican senators try to break ranks and join with Democrats, they should be expelled from the party permanently. Moments like this are the reason political parties exist. If the Republican Party fails its voters at this critical juncture, then it is dead as a party. All their promises to secure an originalist Supreme Court and resist the overreach of the left will be exposed as hollow, cynical deceptions by a party psychologically beholden to its enemies.

Democrats are invoking 2016, when Republicans refused to vote on Obama’s nomination of Merrick Garland to fill the Scalia vacancy, as precedent for waiting to fill the Ginsburg vacancy. This claim is made in bad faith. Republicans were able to block Garland’s nomination for one reason, and one reason alone: Because they had a majority in the Senate, and could make a credible claim that the election would serve to determine which party deserved to fill the seat.

No such party split exists in 2020. Republicans hold the presidency, and after the 2018 midterms they hold an expanded Senate majority. All of the necessary pieces to fill a Supreme Court vacancy are there, and Republicans should feel no shame in exercising their powers. If they do feel shame, it is purely because they have allowed their brains to be dominated by the left’s inverted and subverted moral imperialism.

And make no mistake, the left wants Ginsburg’s seat to remain empty for only one reason: Power. Already, Twitter bluechecks on the left have promised violence if America’s constitutional apparatus is allowed to operate as designed.

If McConnell jams someone through, which he will, there will be riots.

If they even TRY to replace RBG we burn the entire fucking thing down.

Over our dead bodies. Literally. https://t.co/rQbvuKakHU

It doesn’t take a genius to see this for what it is: A blatant threat, nay, a promise, that if the left isn’t simply handed what it wants, then it will resort to violence to secure it. The left isn’t demanding a delay in nominating a new justice out of concern for the Constitution. They want a delay because they fear it could subvert their plans to nullify the Constitution. A robust originalist Court might preserve freedoms of speech, religion, assembly, and the right to bear arms — all rights the left is determined to strip from America’s citizens. It might, in short, be a stumbling block to the left’s plans for permanent, absolute power over all of American life.

Simply pause and ask yourself: Would Democrats, for even one second, consider sitting on a Supreme Court seat they have the votes to fill?

Of course not. Right now, the debate on the left is whether or not Democrats should entirely upend America’s constitutional order, and deliberately pack the Supreme Court to eliminate it as a barrier to the party’s agenda.

.@JoeBiden must announce that if the GOP rushes to pack the Court, the Dems will expand the SCOTUS to 11 justices, and expand the lower federal courts by 70 to 100 new judgeships, which have long been needed. In short, he will depoliticize the federal judiciary!

Democrats have vowed to add the District of Columbia and Puerto Rico as states, not based on any assessment of whether these territories should be states, but solely because they think it will net them four more seats in the Senate. More enterprising figures on the left have suggested cutting D.C. up into more than a hundred states, to allow Democrats to simply amend the Constitution at will.

And then, of course, there is the party’s entire strategy on immigration, where they have deliberately refused to enforce America’s laws. Democrats have made the cynical calculation that the children of illegal immigrants will provide the base for a permanent political majority.

If a party is so fanatically committed to its own power that it is willing to totally ignore America’s laws, and radically alter the makeup of a core constitutional office, the idea that they wouldn’t exercise their very explicit powers to confirm an ideologically-friendly justice is ridiculous.

But a replacement for Ginsburg must be confirmed for another, more immediate reason. If the 2020 election is at all close, it is virtually certain to be among the most heavily-disputed in American history. The left is already well underway in its effort to turn the 2020 election into an Eastern Europe-style color revolution against the president. The combination of the power elite’s antipathy for Trump, its affinity for street-level political violence, and the promotion of fraud-prone mail-in ballots, all create the perfect recipe for a stolen election. One of the only potential bulwarks against the left’s coup is the Supreme Court. But right now, with eight justices, it’s entirely possible that, if forced to weigh in on the 2020 election, the Court will deadlock 4-4. Such an outcome, and its resulting constitutional crisis, must be avoided at all costs. And that path can only be averted by restoring the Court to its usual complement of nine justices.

So, the path forward is simple: President Trump must nominate a new justice to the Supreme Court, an originalist of the sort the GOP has promised voters for decades. Senate Republicans must vote to confirm that nominee.

The stakes should be clear for everybody. If a Republican senator fails to support a qualified, originalist nominee from the president, then their status as a Republican must be forfeited. Every effort must be made to effect their de facto expulsion from the party, whether it’s by a state recall, expelling them from the caucus, stripping them of committee seats, or supporting a direct primary challenger. To falter in this moment is a betrayal of what Republicans have promised their voters for decades. It would be the suicide of a political movement.

CORRECTION: This article has been amended to reflect the fact that, since Justice Ginsburg died, Senator Murkowski has not yet said whether she will vote to confirm a Supreme Court justice. Just hours before Ginsburg’s death, she did say that she would not vote to confirm a judge before the election.