For more than two months, Revolver has worked to expose the true nature of the 2020 presidential election. Powerful forces in the national media, academia, intelligence services, and the courts are fighting to prevent America from holding an ordinary vote on November 3. Instead, they plan to pull off an Eastern Europe-style “color revolution,” where institutional forces are used to bring about the intended outcome regardless of what the law says or what the public wants, while giving the whole process a gloss of democratic legitimacy.

Harassment, censorship, and intimidation of Trump supporters by any means necessary is a key element of the “color revolution” strategy. And Brandy Zadrozny of NBC News is a key hatchet woman working on behalf of the oligarchs.

Zadrozny has a long history of targeting Trump supporters for doxing, censorship, and harassment. She poses as a neutral reporter, but like so many other “journalists” in 2020, she is simply an ideologically-motivated hitman.

Not only does Zadrozny brag about doxing Trump supporters, she actually wrote the book on it. Incidentally, there is one group of people Zadrozny does not support doxing — pedophiles. Allow us to explain.

Zadrozny was a major contributor to the “Verification Handbook”, a book for online journalists. Specifically, Zadrozny wrote a guide on how to unethically dox anonymous people online. Zadrozny appears to use paid, dark-data search engines to dox the personal information of anonymous Trump supporters online — obtaining property records, phone information, and even their Amazon wish lists.

Zadrozny is part of a press corps deployed to cover “misinformation, disinformation, and extremism” after the Internet fueled President Donald Trump’s win in 2016. This new journo beat was created to surveil, slander, and censor online voices that counter ruling class narratives. 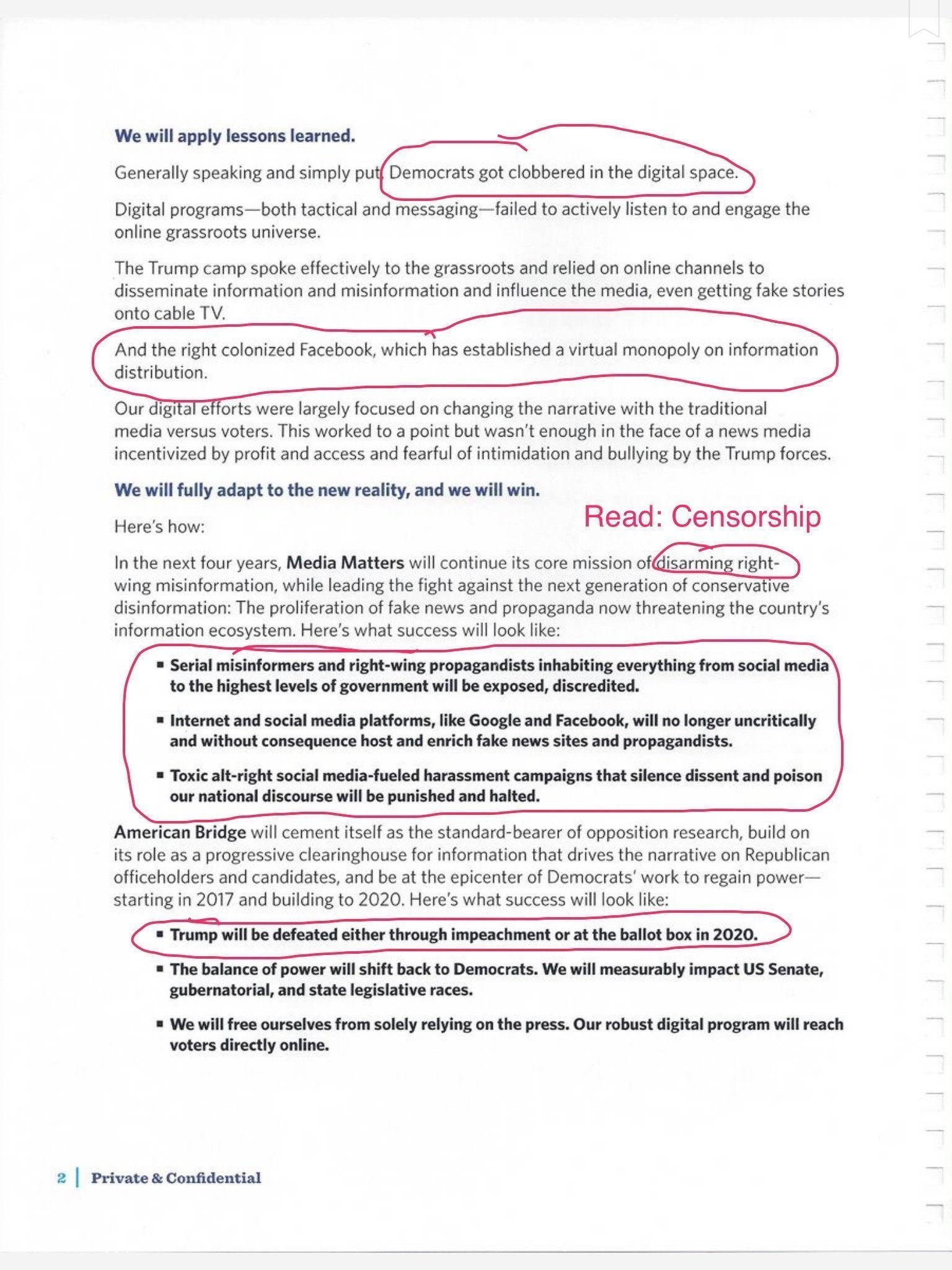 Why did NBC News hire an obviously partisan hack to do the dirty work of George Soros-funded Media Matters? “Trump will be defeated either through impeachment or the ballot box in 2020.”

It turns out this “Disinformation Expert” (practitioner, not analyst) authored a How-To Guide for doxing intensely personal digital data of anonymous Trump supporters online. This guide is marketed to fellow journos who flunked the same ethics class. 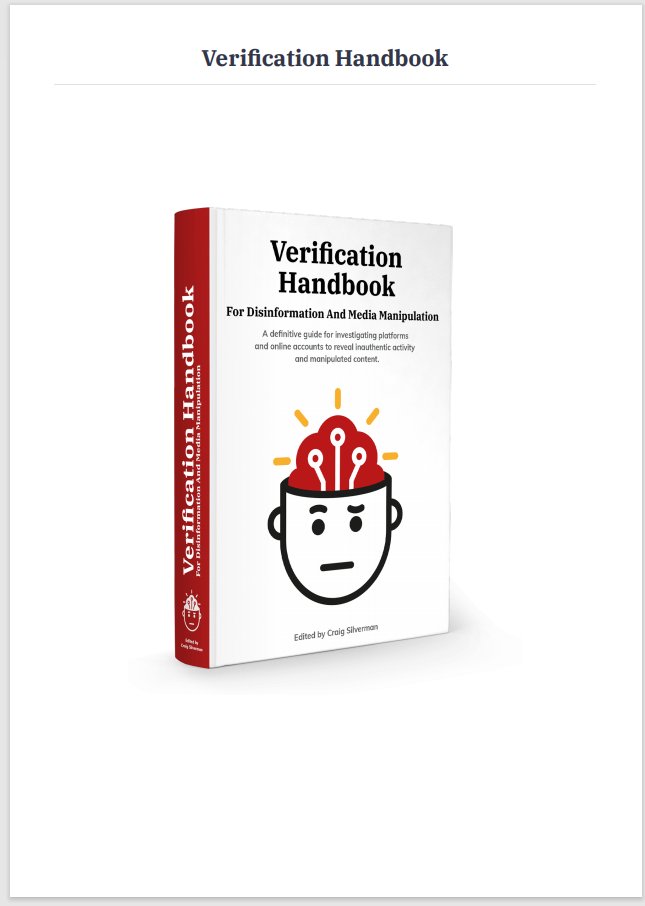 Using third-party vendors so expensive access “depends on your newsroom’s budget,” Zadrozny tries to scrape phone and property records from your digital footprint. She touts access to your Amazon Wish List, “a gold mine for learning about what a person reads, wants, buys.” You wouldn’t want to be caught reading the wrong books, would you, Comrade? 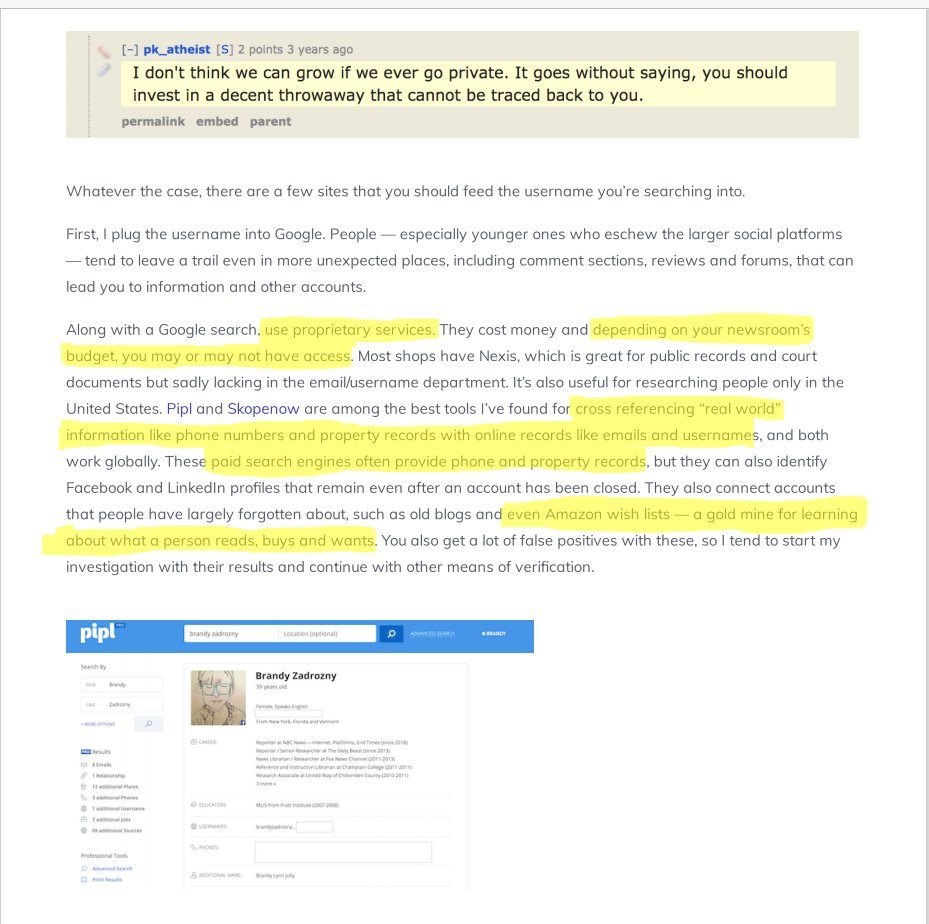 Let’s say you’re a patriotic anonymous Twitter user. One day, POTUS retweets you. Wow, cool! But then Comrade Zadrozny from NBC says your account amplifies harmful narratives, so she sets out to dox you. This could happen to anyone. But in this case, it happened to the great Columbia Bugle account.

This is just slimy and creepy. 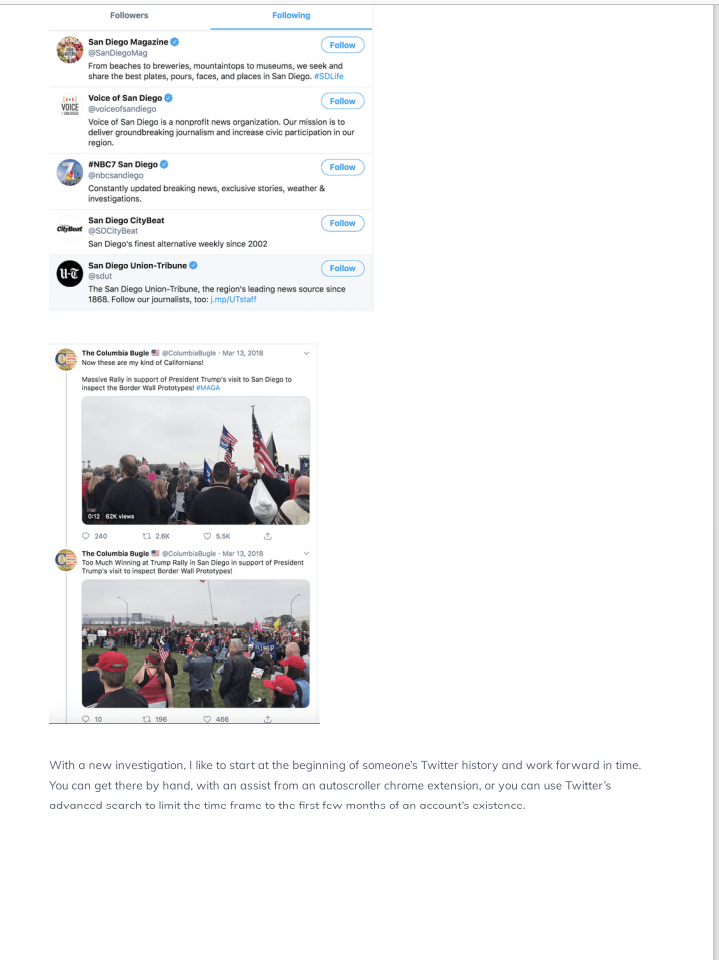 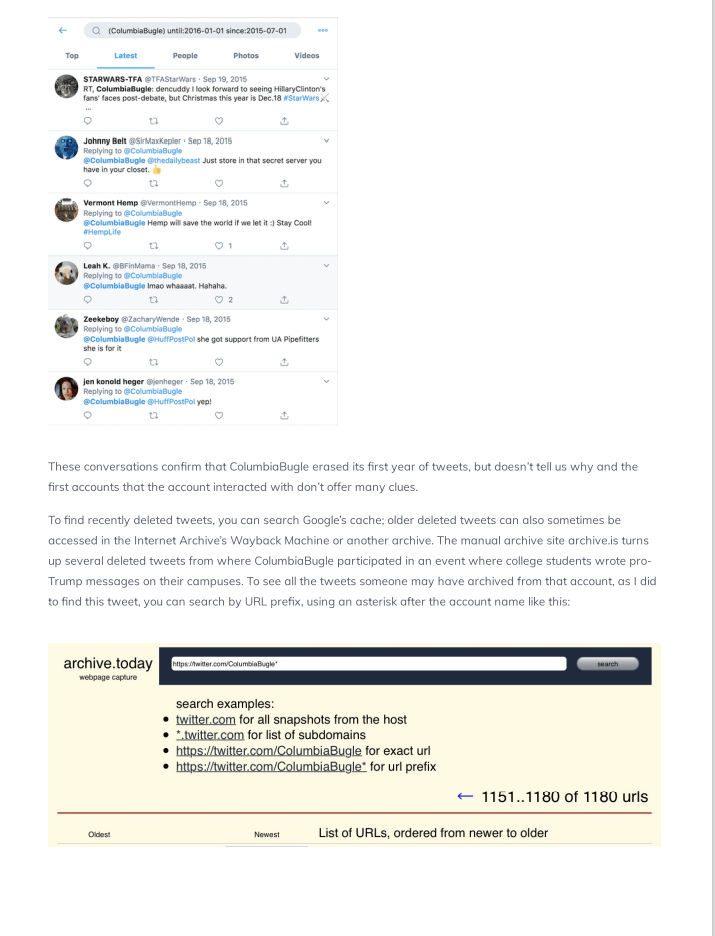 But what else should we expect from an establishment disinformation commissar?

Zadrozny is particularly proud of her efforts to dox secret accounts that deliberately wish to remain anonymous, and she brags at her talent for invading their privacy:

My favorite kind of stories are those that reveal the real people behind influential, anonymous social media accounts. These secret accounts are less reliant on the algorithm, and more carefully crafted to be an escape from public life. They allow someone to keep tabs on and communicate with family and friends apart from their public account, or to communicate the ideas and opinions that for personal or political reasons, they dare not say out loud.

Zadrozny’s biggest target in 2020 is Qanon. Instead of simply covering the online movement like an objective and ethical journalist would, Zadrozny has an ideological commitment to suppressing it. Her journalism is written with the clear goal of justifying censorship. When Facebook responded accordingly, she went on Twitter to brag about silencing “my” groups.

While Zadrozny is passionately committed to doxing and silencing her political foes, there’s another group she is more sympathetic toward: pedophiles.

In 2018, Alain Malcolm drove to a house in Bristol, Connecticut, planning to rape a 14-year-old. Fortunately, there was no 14-year-old. Instead Malcolm was catfished by the local group POPSquad (short for Prey on Predators), which shamed him on camera. Shortly after, Malcolm hanged himself.

In a long article written shortly afterwards on a vigilante group that targeted sexual predators, Zadrozny complained at length about the suffering of pedophiles confronted by the POPSquad. In an incredible segment of the article, she glamorized a “tall and handsome” alleged pederast who “wholly subscribed to the American dream.”

On a cool evening in October, Alain Malcolm, 20, walked into a vacant two-story colonial house in Bristol, Connecticut. Two members of a local internet vigilante group — who regularly try to expose and shame alleged child predators they entice online — were waiting for him.

Malcolm was tall and handsome. The oldest son of Jamaican immigrants, he wholly subscribed to the idea of the American dream. In high school, Malcolm was vice president of the Future Business Leaders of America club, assistant captain of the tennis and swim teams and a member of the student council and Model United Nations. He started a social marketing business at 15.

After graduating in 2016, Malcolm filled his Instagram and Facebook feeds with photos of New York high-rises, bathroom selfies in three-piece suits and links to news articles in which he was featured. He went to community college while working as a junior buyer for a local circuit-board manufacturer and was the subject of a Connecticut Public Television series that profiled recent high school graduates. Earlier this year, he was named one of Litchfield County’s 40 Leaders Under 40.

Starting in high school, Malcolm used apps like Tinder and Grindr to meet men from around the state, friends said. On that October night, he had come to Bristol to meet someone younger, purportedly a 14-year-old boy “going on 15,” according to a video posted by the digital vigilante group known as POPSquad.

When Malcolm arrived, he found that there was no boy — there was only POPSquad. For the 126th time in two years, the group — an acronym for Prey on Predators — had catfished a man on the internet, posing as an underage teen on hookup apps and luring him into a meetup, this time at an empty home whose owner allows it to be used for the group’s stings, according to POPSquad.

Facebook told NBC News that it is aware of these groups and does not ban them outright, although much of what they do appears to violate Facebook’s rules against shaming or cyberbullying.

Zadrozny is representative of dozens if not hundreds of journalists in 2020. She doesn’t seek to inform the public or fairly present issues. Instead, she is a commissar, an ideological enforcer who probes the personal lives of class enemies in an effort to intimidate, humiliate, silence, and destroy them.

Why does NBC News — which purports to be a mainstream, nonpartisan broadcast news network — have on their payroll an obviously partisan hack who brags about doxing Trump supporters, glamorizes pedophiles, and seeks to protect child predators from exposure?

This is the first story in an ongoing series. Revolver will be interviewing and profiling regular, average Americans who were targeted by Comrade Zadrozny for life-threatening harassment. More to come.

She doxed a black Trump supporter because we were online friends. Even after he told her that he lived in a very rough area with his grandmother and would get death threats. This was her intent – to get him killed. https://t.co/zHxScpITdT

This is the same bitch that wrote a hit piece on me ending my 12 year successful photography business and making my life a living hell. https://t.co/ZGexHD80Op