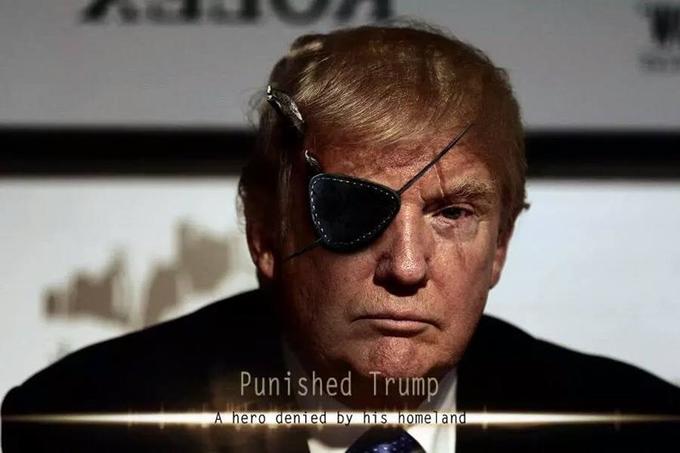 Unfortunately for President Trump and the Republican Senate candidates who are currently getting robbed in the Democrat-controlled swing states, recounts are extremely unlikely to overturn the vote count. Once the illegally cast ballots have contaminated the larger pool of legally cast ballots, there is no way to sort them out. These ballots were opened up and counted in secret in the dead of night, so there is not going to be a way to go back and analyze signatures, find out which were missing signatures, find naked ballots, and find which were improperly postmarked.

The exception to this rule might be in Pennsylvania, where the courts ordered the state to segregate all ballots received after 8pm on November 3rd.

While a vote canvas might be able to determine that some ballots were illegally cast, a vote canvas faces many of the same problems as a recount.

The only relief that can be sought by the President and Republican candidates in the swing states that will realistically hand the presidency to the legitimate election winner, President Trump, will be in the state legislatures.

Revolver explained this earlier in our extremely comprehensive article on what must be done at this juncture.

You can read it here.

The Vote Has Been Hopelessly Contaminated. Republican State Legislatures Must Now Move to Appoint Pro-Trump Electors.

To understand what is really going on, we will direct you to this superbly written comment left by reader Granville Alley, reprinted below in full:

The Legal Challenges to Pervasive Institutional Voter & Election Fraud & the Only Remaining Recourse should the US Supreme Court fail in its Constitutional Duty to Assure Free & Fair Elections.

Focusing on Recounts is the wrong approach. Recounts will not correct Voter Fraud unless in that process you eliminate fraudulent, illegal and duplicate votes. Recount laws in most states will not in fact address those issues.

The very first thing that must be done is to frame this properly and accurately for both the American People and the Federal Courts. One of the principle arguments of the President, both to the Public and the Courts should be “We are not trying to (or asking the Court to) put our (their) thumbs on the scale, but rather trying to (asking the Court to) remove the Democrats’ both feet and Truckloads of Fraudulent Ballots from the scale.”

You have to lay out the facts of every case of Voter and/or Election Fraud throughout the USA. You have to call out the Machine Politics and the intentional creation first of chaos and then of outright industrial scale fraud that pales that of past election cycles. Here again, the argument is that every fraudulent, duplicate or illegal vote that is counted and every legitimate opposing vote that is either discarded, destroyed or modified is nullifying the vote of an American Citizen and worse is corrupting the results of a free and fair Election.

This requires exposing all the misbehavior, all the intentional prevention of poll watchers from observing the count. This requires calling out the 4am dumps of ballots after claiming to stop the count and sending the Poll Watchers home so 100% or near 100% vote totals of over 100,000 votes for Biden can be “found” and added to the totals without proper verification (which is mathematically implausible at best and more certainly impossible) and clearly and blatantly can only be explained by outright fraud. What needs to be pointed out to the Court and the Public is that they are required to draw the only credulous conclusions when parties do everything they can to prevent the observation and proper administration of ballot handling and then the numbers are totally not credible, who have violated the very state laws designed to assure Election Integrity, then the only conclusion that can be drawn is that they are intentionally committing fraud.

This does not require making logical leaps, it only requires opening your eyes and using your brain and taking judicial notice of what is right in front of your eyes to come to the only rational conclusion. No one in the Public, the Press, nor the Judiciary can ignore the clear facts before their eyes. The very fate of the Republic is at stake. If the people cannot depend on the validity or integrity of Elections we no longer have a Democratic Republic, we have a banana republic. It is the absolute duty of the US Federal Courts and ultimately the US Supreme Court to avoid this result and for them to stand aside or ignore this is a severe abdication of their duties.

In this Election we have a number of States and Local Municipalities all controlled by Democrat Election Officials where election laws are being consistently broken, where transparency is not only not present, but where active measures to prevent transparency are being taken.

In addition, prior to the Election there are many proven cases of organized voter fraud, illegal ballot harvesting, voter intimidation, stolen ballots, ballots sent to deceased former voters, people who have moved out of the jurisdiction or precinct, multiple ballots sent to the same person, etc.

In a clearly coordinated effort by Democrat Election Officials, Ballot Counting was stopped at approximately midnight EST in Michigan, Wisconsin, Pennsylvania. Nevada, North Carolina (all States with Democrat Governors and Election Officials) and in select Democrat controlled Precincts in Georgia & Arizona. In all those states except Arizona, President Trump was holding substantial leads and votes that were being counted that were made on Election Day were breaking by huge margins for President Trump. In Arizona, Pima & Maricopa County first counted all mail-in and absentee ballots which favored Joe Biden, and as they saw Election Day Votes coming in 2/1 – 3/1 for President Trump, they halted vote counting to prevent the count from turning.

All of this occurred suspiciously at the same exact point in time. These Democrat Controlled States then sent home Poll Watchers and Independent Election Observers. Then in the dead of night at 4 am without notice to or the presence of either Republican & Independent Poll Watchers, dumped 100’s of thousands of ballots in Wisconsin & Michigan virtually all of which were for Joe Biden (which is statistically impossible) into the voting system. These Ballots were questionable at best and outright fraudulent at worst. This is neither legal nor is it conducive to fair election integrity or an accurate vote count.

In Pennsylvania, Michigan, Nevada, Wisconsin and the Atlanta Suburbs in Georgia Republican Election & Ballot Integrity Observers are being interfered with, held in spaces where the observation of Ballot Opening, Ballot Review is impossible. This prevents Signature Matching, Postmark review, comparison of Voter ID to Election Rolls and to those who voted in person either pre-election day or on Election Day or by mail or absentee to assure no multiple votes by the same voter. All of this was and is intentional, organized and preplanned to steal the Election from the American People and to allow the count of uncertified, illegal ballots.

This is an organized and well-planned attempt to steal this Election by the Democrats supported by the Media, Big Tech and the Deep State. It has been in the works for years. We also have the moral and intellectual high ground. The Democrats screaming count every vote are on the wrong side of this. It is not “every” vote it is every certifiable, verifiable valid vote that meets state law requirements and that are not duplicate votes, votes by people not eligible to vote, votes by the dead, votes by people who no longer live in the precincts or votes literally created out of thin air in the counting rooms and elsewhere with zero voter data.

When their pre-election and election day voter fraud & election fraud failed and they realized at about 10 PM they were about to lose in a landslide they stopped counting until they could create literally hundreds of thousands of new fraudulent ballots. Then they reopened counting without allowing legally required Election Monitors and Poll Watchers and jammed in hundreds of thousands of fraudulent votes on top of the millions of fraudulent votes they had already cast that were insufficient to overcome the Trump Landslide. This is a flagrant, obvious and in your face election steal that only Banana Republics and Totalitarian Governments usually get away with.

The US Supreme Court needs to stop this and if they do not the State Legislatures in each of these states need to step up and stop the fraud. All Republican Congressmen and Senators and any honest Democrat ones (if there are any) need to step up immediately and call for an immediate stop of this attempted overturning of the will of the American People. Otherwise you are disenfranchising the entire American Electorate and you are ending our Constitutional Republic. Where is the Department of Justice, where is Attorney General Bill Barr? How did they allow this to occur.

Where is the FBI (actually on this I know the answer, the FBI is an inherently corrupt agency that has since the days of J. Edgar Hoover been nothing but a huge Federal Blackmail Organization holding ‘dirt” on its overseers in Congress and the Executive Branch to control them and prevent actual oversight. The FBI is the KGB of the USA.

The Republican Party is basically feckless and cowardly generally and the American People must hold the Republican Congress and Senate and State Legislators to their duty to preserve and protect the Constitution of the USA. If Mitch McConnell thinks he will remain as Majority Leader he is sadly mistaken. The two Georgia Seats will both be lost by Voter Fraud in Runoff Election and the NC Seat will be stolen as soon as the State of NC resumes counting fraudulent ballots. Mitch will then be Minority Leader and the Republic will become a Democrat Socialist Totalitarian State.

If this blatant steal of a US National Election is allowed to stand we have lost the Republic and the Globalist Elite will control the World until China takes it from them. The Republican House, Senate and State Legislators must now stand up and grow a set of balls and ignore the National Media’s and Big Tech’s soon to come cascade of pressure. You swore a solemn oath to God to preserve and protect the US Constitution and now is the time to prove that oath was not a lie.

It is now up to the President to wield the power of his office and the power of his base to make the case in the court system and in the court of public opinion that this election was not legitimate in the key states and key urban counties, and that the state legislatures must therefore send pro-Trump electors to Washington, D.C. in December to re-elect President Trump for four more years.