“Our people have all left Drudge ... They like REVOLVER and others!”
President Donald J. Trump
“...many of Drudge's long-time readers have fled to Revolver News...”
Tucker Carlson, FOX News
Close No thanks, I don't want breaking news emailed to me
Rachel Levine’s Imminent Confirmation Proves Transgenderism Is America’s New State Religion 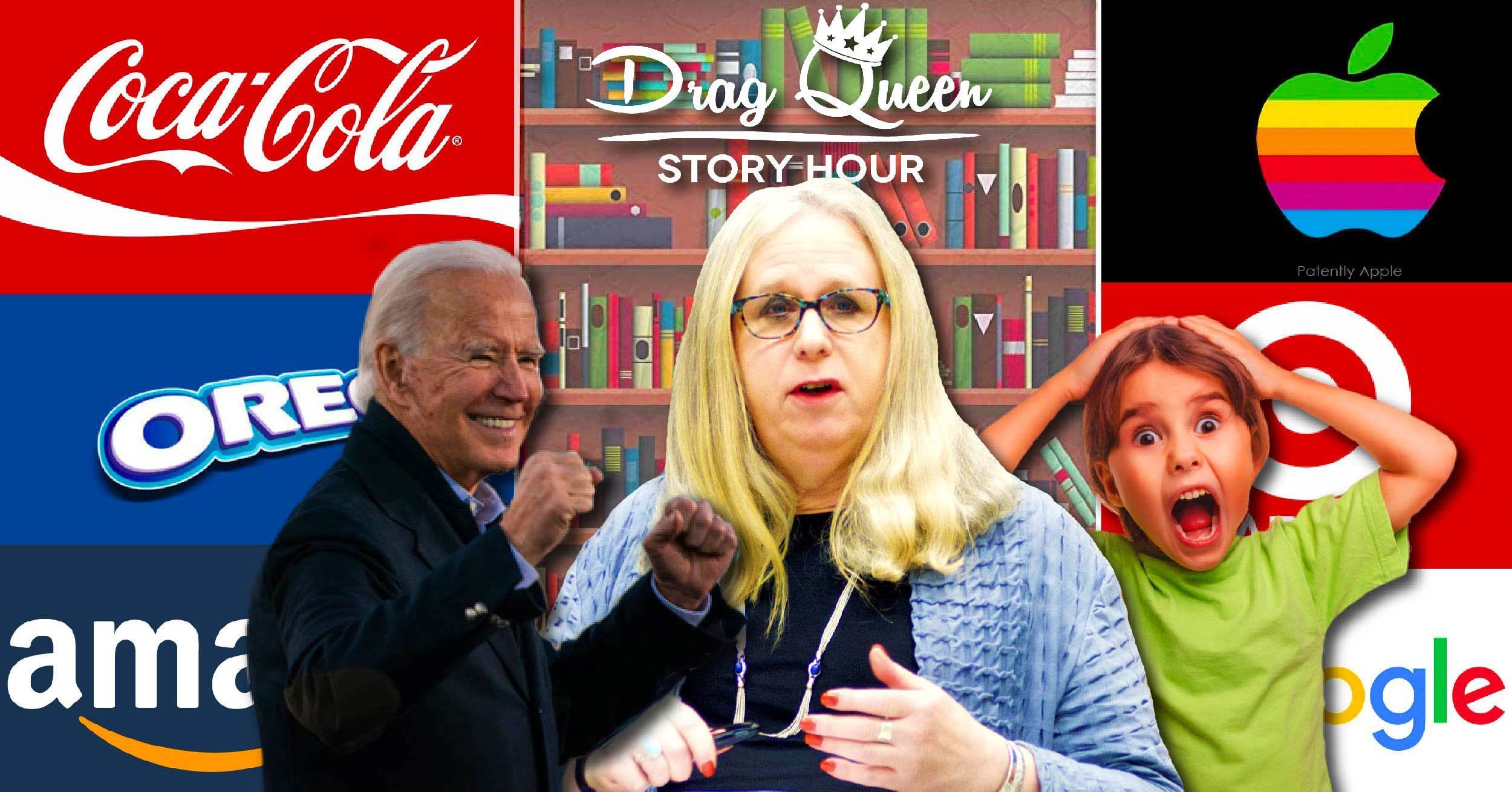 Rachel Levine is on the brink of becoming America’s Assistant Secretary for Health. The notion is so facially absurd it belongs in a cartoon, or perhaps a Mike Judge movie. Levine is an obese man who has pumped himself with hormones and possibly even mutilated himself in the belief he is a woman. As Pennsylvania’s health secretary, he oversaw a COVID regime that, like neighboring New York, was both oppressive and ineffective, with one of the nation’s highest coronavirus death rates (Levine himself, of course, pulled his mother out of a nursing home as the virus began to spread there).

Disturbingly, Levine’s specific specialties are pediatrics and psychiatry, in other words, providing mental health assistance to vulnerable children. During his confirmation hearing on Thursday in front of the Senate health committee, Levine refused to condemn the practice of giving sex changes to children. When pressed by Senator Rand Paul, Levine wouldn’t even answer, providing a robotic response that made his real sentiments obvious.

"We should be outraged that someone is talking to a three-year-old about changing their sex!" pic.twitter.com/DJSe9N8yuM

The notion that Levine will be one of America’s chief national healthcare figures is insanity.

But Levine will be confirmed, for the simple reason that Levine is not an ordinary Cabinet appointee at all. He will be far more – Levine will be the high priest of America’s new state religion: The cult of transgenderism.

Fifty years ago, the cult of transgenderism didn’t even exist. Merely ten years ago, it was still so obscure most Americans knew nothing about it. But over the past decade, transgenderism has been accepted en masse by the centers of power in America, which are now imposing them on the whole country. The core parts of its doctrine are easy to list:

In the America of 2021, the catechism above is accepted completely by every power center of American life. Obviously the universities embrace it, but even elementary schools push it as well. As the infamous “Gender Unicorn” graphic demonstrates, this catechism of gender is taught to children at a young age, the way children 100 years ago might be taught prayers to God. 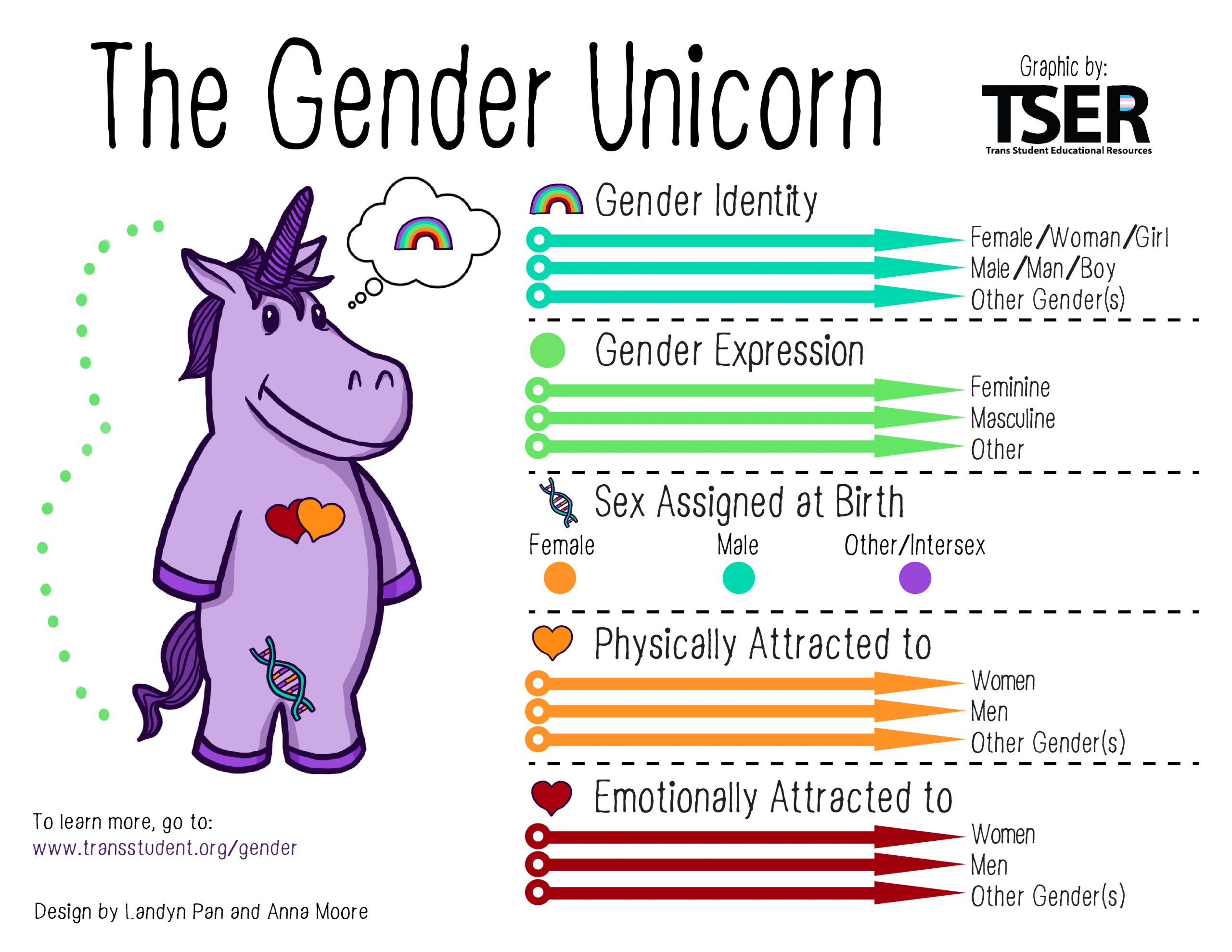 It comes with a coloring book version, too!

“Haha, but wait until those kids graduate into the real world.” Thus have aging Boomers reacted for years to tales of insanity within the school system. Well, those kids are graduating, and now they’ve brought the corporate world into the transgender cult as well. When North Carolina tried to restrict public restrooms to people’s biological sex, PayPal and Deutsche Bank canceled expansion plans in the state. The NCAA stopped scheduling tournaments there, until the humiliated state GOP rescinded the law.

TLC’s I Am Jazz, a show tracking the life of a male-to-female transgendered teenager, has aired for six seasons, deliberately pushing the idea that young children can know they are “really” the other sex.

By now, the transgender cult is so established that corporate obeisance is a routine formality, seen from popular cookie brands and children’s TV channels:

Here's to not only normalizing gender pronouns, but respecting them, too 💖 Whether you use he/she/them or something else, we acknowledge and LOVE you! Toolkit 👉 https://t.co/ZbhthybrdC

From the academy and the business world, the new transgender ideology is now taking over the highest and most crucial institutions of state. The military is once again enrolling transgender individuals to join without restriction, even though the dramatic surgical and hormonal treatments transgender individuals require are costly and, particularly in the case of male-to-female transgenders, dramatically worsen a person’s fitness for soldiering.

Even the White House now demands that visitors supply their preferred pronouns before contacting them.

Of course, the transgender ideology is manifestly insane; even its core precepts include obvious contradictions (if gender roles don’t actually exist and there’s no such thing as innately feminine traits, then how can a person know they are “really” the opposite sex?). Regardless of what treatment for it is best, transgenderism is certainly not normal. Most transgender people are deeply mentally troubled, and far more likely to suffer from ailments that have nothing to do with gender dysphoria. They are more likely to abuse drugs, commit suicide, and suffer severe psychiatric episodes.

The desire to change one’s sex is also far less innate and immovable than advocates claim. As Senator Paul noted while questioning Levine, the vast majority of children who experience gender dysphoria, and aren’t rushed into a gender transition, will get over it and be content with their birth sex.

The potential harm isn’t just because of children being rushed into transition. There is ample reason to believe the treatments themselves are harmful. Sex hormones are crucial to the development of the human brain, and when puberty is unnaturally delayed or canceled entirely, the results can dramatic. Studies already indicate that the use of puberty blockers is linked with worse memory, lower reaction times, and an average 8-point drop in IQ.

In early 2020, The Times profiled the dramatic explosion in reported cases of transgenderism among British teens. The story makes it clear that transgenderism is a fad, one that is exposing thousands of troubled children to life-altering medical procedures:

In 2009, only 77 children were referred to GIDS but a decade later it was 2,590. Whereas male referrals were once the majority, three quarters are now natal girls. In any other health sector researchers would leap to investigate such a trend. Yet GIDS remains incurious. Last year its senior consultant psychiatrist Dr Elizabeth van Horn said on Newsnight: “We do not know why the numbers have gone up so dramatically recently. Or why more of them are girls.”

GIDS clinicians, 35 of whom have resigned in the past three years, [are] alarmed by the rush to medicalisation and the way Mermaids, Instagram trans influencers and the CBBC programme I Am Leo present transition as uncomplicated. They say they are seeing girls with a panoply of other issues — anxiety, depression, self-harm, undiagnosed autism, victims of homophobic bullying and sexual abuse — for whom transition to a male body was presented online as the universal panacea. Often a normal, tom-boyish disgust at their new breasts, eliciting sudden and unwanted sexual attention from men, is interpreted as a certainty that they are in the “wrong body”. Yet instead of interrogating these underlying issues, clinicians are told to “affirm” a young person’s “trans identity” and prescribe the puberty blockers that trans campaigners fiercely insist are their right.

The transgender mania is madness. It’s obvious to everyone who looks at it closely and honestly. And so, like all similar cults, it must survive by deploying overwhelming force. When North Carolina stepped out of line, it was met with massive boycotts. Soon, Congress may target small businesses, non-profits, and even churches with the Equality Act.

But along with legal and economic force, there is also the need for relentless propaganda. And that is why Levine is about to become a senior official of the United States. Levine was chosen not for his abilities, but because what he is: The greatest victory yet for the transgender religion that has swept into power in America. The transgender cult requires heroes, who are promoted to the public as talented, admirable, and above all completely normal and mentally well. Dr. Levine will be the first such official, but not the last.

One of the Biden administration’s very first orders decreed that American embassies may freely fly the pride flag without any sign-off from Washington. It wasn’t a dramatic reversal. The Trump administration had only blocked flying the flag last summer, and only as part of a wider ban on politically-linked flags (such as the Confederate battle flag). Even during the conservative Trump administration, the pride flag routinely flew around the world, to show America’s allegiance to its new religion.

When young Americans sign up for the Army, and end up deployed to the most dangerous, far-flung regions of Syria or Afghanistan, this is what they are fighting for. Not for the safety of their homes. Not for the Constitution, as the founders or their grandparents understood it. They are fighting for this. The idea that at any time a child may be pumped full of hormones or castrated in the name of “transitioning” them to the opposite sex is vastly more important to the late American Empire than any of the liberties traditionally associates with the United States.