This Memorial Day, Look Back On 244 Years of American Heroism With These Legendary Memoirs

As we’ve spent the past months warning, America’s military is in dire straits. Incompetent leaders care more about women’s empowerment and hitting diversity quotas than combat effectiveness. Instead of protecting America’s core interests and territorial integrity, America’s brave servicemen are thrown into neverending conflicts in the Middle East that benefit only defense contractors and State Department hacks.

But America was born in dire circumstances, and thanks to the bravery of her fighting men she has survived every challenge to become one of the greatest nations to ever exist. So today, Revolver honors the sacrifice of these heroes with this look at some of the best memoirs from America’s illustrious military history. 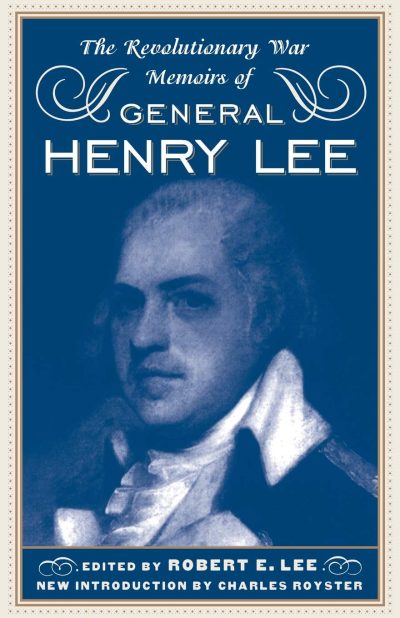 Today, the average American 22-year-old struggles to do anything more substantive than watch Netflix. In 1778, 22-year-old Henry Lee was a major in the Continental Army. He commanded his own elite cavalry detachment, Lee’s Legion, won a small but decisive victory at Paulus Hook, and fought all the way to the Battle of Yorktown, escaping a court martial and winning the nickname “Light-Horse Lee” along the way.

Lee’s memoirs are somewhat overlong and written in the flowery language of the period, but besides offering a relatively rare first-hand account of the Revolution, Lee’s memoirs are noteworthy for another reason: Modern editions include a biographical essay written by his son, General Robert E. Lee.

Memoir of a Revolutionary Soldier 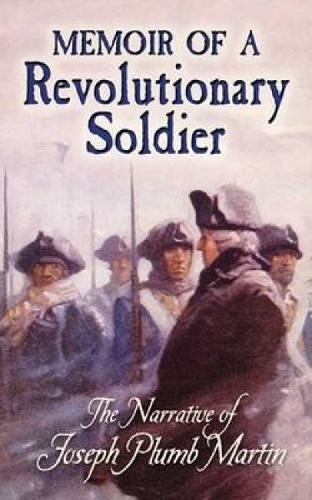 Sadly, there are few accounts of the Revolutionary War by common soldiers, but one that does exist is the recollections of Joseph Plumb Martin, who joined the Continental Army at just 15 and served during its infamous winter at Valley Forge. Martin’s memoir was written a half-century after the war, so its details are shaky and it is prone to the embellishments and legend-making that Americans applied to their founding even while it was still in living memory. Nevertheless, if one wants to discover what the Revolution was for the ordinary men who fought it, Martin’s tome is one of the best options available. 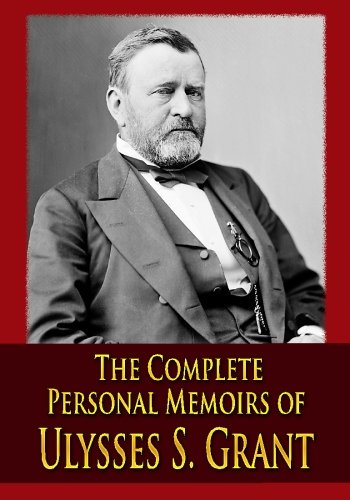 In contrast with the Revolution, there are enough accounts covering every aspect of the American Civil War to spend a lifetime reading them. Literally hundreds of memoirs were published by men on both sides of the conflict, from the lowliest private all the way up to Jefferson Davis himself. Some memoirs are flowery works of literature; others are bitter efforts to settle scores with political rivals. Almost all of them have at least something interesting about them, but no list of great American memoirs would be complete without Grant’s, completed mere days before his death from throat cancer in 1885.

While Grant’s life was eventful from beginning to end, his memoirs focus exclusively on his military career, leaving out his two-term presidency entirely. The best parts of the book include his reflections on the Mexican War (which he opposed but fought in nonetheless; Grant even suggests the Civil War was America’s penance for warring against Mexico) and his characterizations of the war’s leading figures on both sides. Like many memoirs by commanders, Grant’s account is sometimes mired in the details of troop movements, but readers who choose to skim those portions will still have a deeply readable account of America’s most important conflict from one of its most important participants.

Fighting for the Confederacy 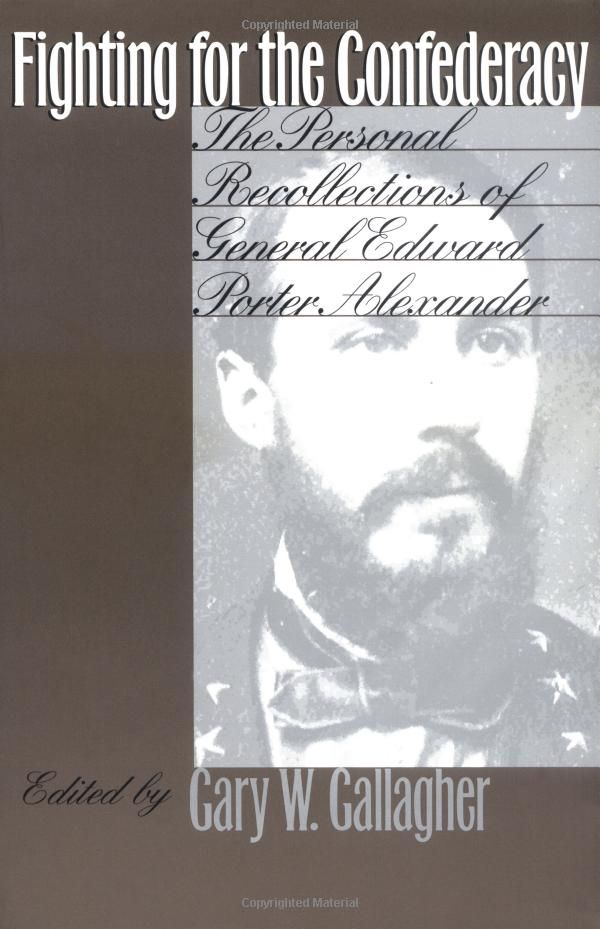 The best account from a commander on the Confederate side is Edward Porter Alexander’s description of his service on the staff of General James Longstreet. Alexander is hardly a household name even for Civil War enthusiasts, yet he managed to be present at almost every famous moment of the war. Alexander joined Stonewall Jackson on his famous flanking march at Chancellorsville. He oversaw the massive cannonade that preceded Pickett’s Charge at Gettysburg, and at Appomattox the defiant Alexander proposed that Lee disperse his army into the countryside rather than surrender. Alexander’s book was written in private for his family, and was only discovered and published decades after his death. It includes his honest thoughts on the shortcomings of the Confederate war effort, including frank criticism of General Lee himself.

Memoirs of Service Afloat, During the War Between the States Raphael Semmes was the greatest naval hero on either side of the American Civil War. In less than two years as captain of the CSS Alabama, Semmes became the most successful commerce raider in history, capturing 65 prizes, a rate of one capture every ten days.

Besides serving as a superb naval commander, Semmes was also a trained lawyer and a man with many strong opinions. Readers today can open his memoirs for a vivid glimpse of 19th-century naval warfare, but stay for his colorful takes on contemporary politics and supposed defects of northern “Yankee” character. The first part of Semmes’ memoir is a lengthy justification for the South’s right to secede and Semmes’ personal decision to resign from the U.S. Navy to fight on her behalf. Readers today can skip past that for a vivid glimpse of 19th-century naval warfare, or read it as the interesting historical artifact that it is. Not many war memoirs are apt to be considered humorous, but John Billings’ recollections of his service in the Army of the Potomac certainly qualify. Warfare has been described as “Months of boredom punctuated by moments of extreme terror,” so instead of emphasizing the frenzy of battle, Billings’ work focuses on the day-to-day camp life that consumed the vast majority of the average soldier’s time.

That life might have been boring, but thanks to Billings his book is anything but. With dry wit, he chronicles a life of bad food (flavored with maggots), bad smells, and unspeakable treatment of innocent mules. Even today, Billings’ book is read by Civil War re-enactors to ensure the maximum accuracy of their craft.

Helmet for My Pillow and With the Old Breed Take your pick between these two World War II books, or just read them together. Both are combat memoirs by Marines in the Pacific theater of World War II, and both served as source material for HBO’s The Pacific miniseries. Robert Leckie’s Helmet is the more romantic of the two, a prose poem that begins with training on Parris Island and continues through the battles at Guadalcanal and Peleliu, with a detour for shore leave in Australia.

In contrast, there is nothing romantic about Eugene “Sledgehammer” Sledge’s With the Old Breed. It is a raw and brutal work, a portal to a world where fanatical Japanese soldiers play dead in order to stab American troops in the back, behead captured prisoners, and make suicidal banzai charges into American machine guns. There is no sense of strategy or larger historical narrative to be found here. This is the war as Sledge lived it, with men relieving themselves in cramped foxholes they couldn’t leave and mangled men dying in no-man’s-land as their comrades were unable to retrieve them.

There is another reason to read these two memoirs. The Battle of Peleliu was controversial even during World War 2, as the Marines sustained 8,000 casualties taking an island that proved to be of negligible strategic value and could have been bypassed on the way to Japan. Today, as the Globalist American Empire agitates for a longer war in Afghanistan and possibly new interventions in Syria, Iran, or Ukraine, it’s worth remembering exactly what war entails for those who fight it.

The Killing Zone: My Life in the Vietnam War The Killing Zone opens with author Frederick Downs on the campus of the University of Denver in 1968:

“[A] man stepped up to me and said, ‘Hi.’ Without waiting for my reply to his greeting, he pointed to the hook sticking out of my left sleeve. “Get that in Vietnam?”

Provoked by that encounter, and the similar treatment thousands of other veterans received from America’s compassionate liberals, Downs decided to write the story of the simple Vietnam infantryman. His account covers a mere four months, from his arrival in Vietnam to when he trips the landmine that maims him for life.

Even in his short time in Vietnam, Downs discovered the futility caused by Washington’s mismanagement of the conflict. Like members of the Afghan Army today, South Vietnamese troops had poor morale and seemed to spend an eternity “training” rather than assisting the American units who were there to help them. Units were rotated to new, unfamiliar combat zones just as they became used to the area they were stationed, hindering effectiveness and crushing morale, all for very little purpose. Vietnam was the first war America lost, yet America has not won a war since. There are enough depressing Vietnam memoirs like Downs’s to fill a whole bookshelf. But despite the folly of the war itself, the Vietnam War also saw astonishing bravery and heroism from the men who fought it. Escape from Laos is the account of Navy pilot Dieter Dengler, who was imprisoned by the Pathet Lao Communist guerillas after being shot down in 1966. Denger endured all manner of tortures, from having bamboo shoots shoved under his fingernails to being dragged by a water buffalo. But despite all of that, Denger stole weapons and made a daring escape, and after more than three weeks in the jungle was rescued weighing less than 100 pounds. Forty years later, his experience was immortalized in the Christian Bale movie Rescue Dawn.

Breakfast with the Dirt Cult 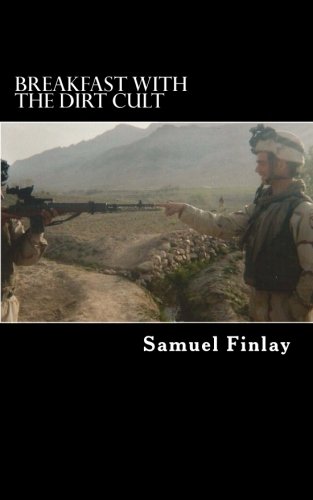 There’s already no shortage of books on America’s two decades of nation-building in the Middle East, but Revolver enjoys this autobiographical novel by Samuel Finlay. It’s an honest, coarse, crude, and often hilarious dive into the culture of the modern American military. It’s also a look at Western society more generally, which Finlay’s stand-in Tom Walton is forced to confront via his engagement with the totally-alien culture of Afghanistan.

“If you would have told [Haji] about things like Ricardo’s Theory of Comparative Advantage, global civil society, or liberal intergovernmentalism, he’d have been pissed off for having his time wasted on such bullshit,” Finlay writes. “He might have even shot you for it if he really felt like showing his nuts.”

Finlay’s Walton comes out of Afghanistan maimed and miserable, and is forced to confront what has happened to the society that sent him so far away to suffer so much and fight so hard for a cause so ultimately fruitless. Ultimately, we as Americans all must confront the same thing.