“Our people have all left Drudge ... They like REVOLVER and others!”
President Donald J. Trump
“...many of Drudge's long-time readers have fled to Revolver News...”
Tucker Carlson, FOX News
Close No thanks, I don't want breaking news emailed to me
Beware: Anti-Big Tech Legislation Has a Free-Speech Poison Pill 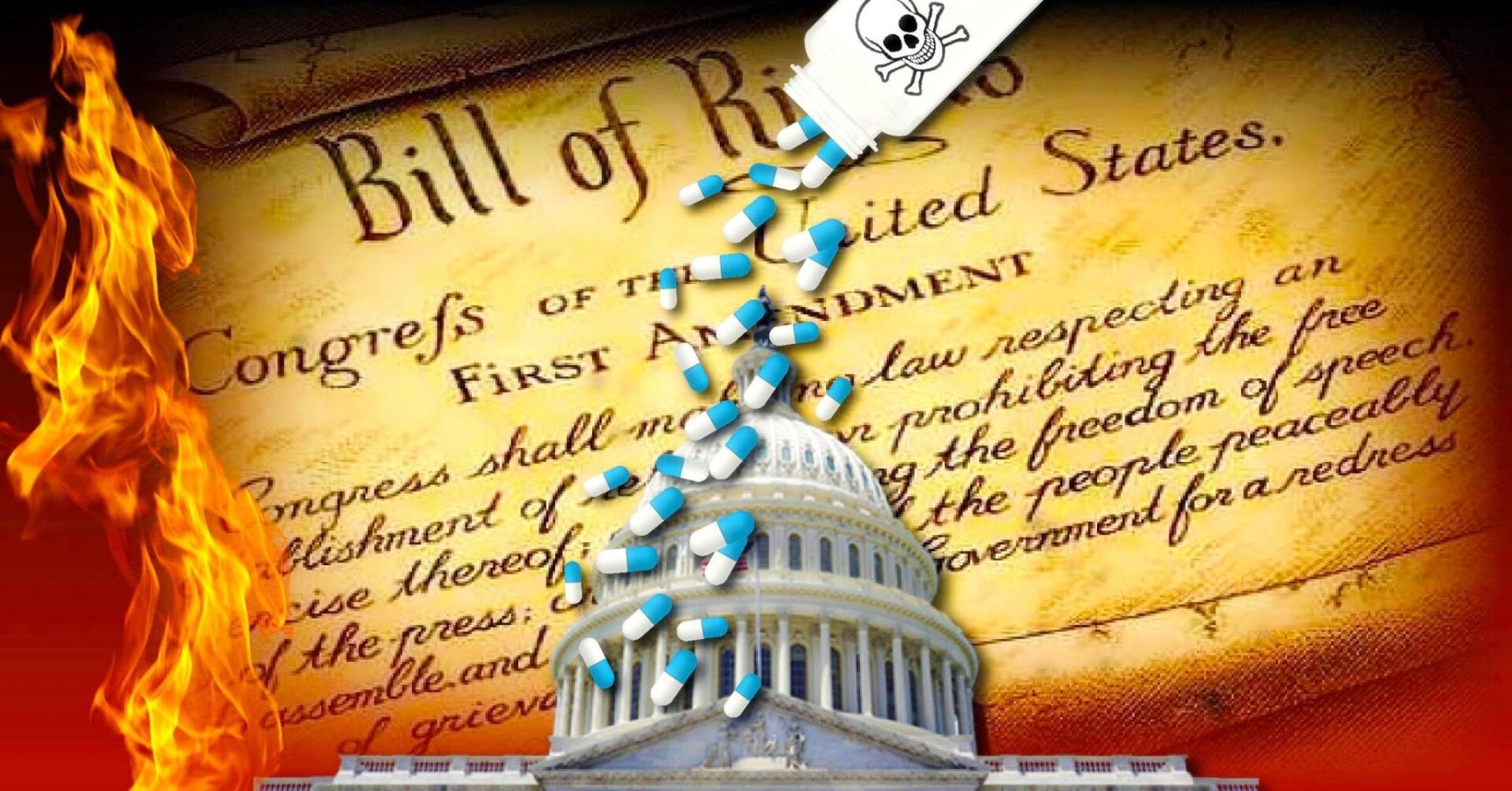 Just two decades ago, most Americans worried little about the size and power of Big Tech. They were the most innovative and successful U.S. companies on the world stage, as well as powerful engines for jobs and economic growth, so why interfere? Now, though, Americans know better. It is increasingly obvious that the American people’s freedoms end where the power of tech megacorporations begins.

Superficially, Big Tech is one of the only issues where the right and left of America have some degree of unity: Both dislike Big Tech’s sheer power and would prefer to scale it back.

As a result, there is a good chance that two antitrust bills currently under consideration in Congress will actually pass, instead of going nowhere like the vast majority of legislation. One bill recently passed out of the Senate Judiciary Committee, with enough Republican support to be actually bipartisan (as opposed to the fake bipartisanship where two Republicans join a political purge targeted at their own party).

But Americans should not be misled. These two bills are highly flawed, and unless they are improved before passage, instead of fixing the censorship threat of Big Tech they would make it more robust than ever before.

The Open App Markets Act is supposed to break the power of the Apple and Google app stores, which near exclusive control over access to iPhone and Android devices. Right now, Apple prevents iPhone consumers from “sideloading” — installing apps that aren’t hosted on the App Store, which prevented iPhone users from downloading Parler when it was temporarily banned from the App store after January 6. The new bill would ban this tactic in most situations, while also regulating the fees Google and Apple can charge developers and restricting their ability to preference their own apps (such as having Chrome and Google Maps preinstalled on Android).

The American Innovation and Choice Online Act (AICOA), is much broader. This bill would ban all large online platforms from prioritizing their own products over those of competitors who use the same platform. Amazon, for instance, would no longer be able to promote its Amazon Basics line of household products, and Google Flights could not be higher in Google search results than other online travel sites.

So the bills will weaken Amazon, Google, and Apple. What isn’t to love? Sadly, a lot. Just because a bill is bad for certain tech monopolies doesn’t mean it is good for Americans.

The big winners of these bills won’t be ordinary Americans, small businesses, or bold news startups like Revolver News. The big winners are, in fact, other tech behemoths that aren’t quite monopolists themselves. The biggest backers of the Open App Markets Act, for instance, are Spotify and Microsoft:

The bill would choke a highly profitable revenue stream for Apple and Google’s app store duopoly, while allowing supporters such as Spotify SA and Epic Games Inc. to claim a greater share of the dollars spent in their apps. Microsoft favors blowing up app-store rules that have been unfriendly to its cloud gaming services, plus joining the fray may earn the company favor with lawmakers while weakening its rivals. [Bloomberg]

For nationalists, populists, conservatives, and dissidents of all stripes, the single biggest problem with tech is not its size, but how effectively it can exploit chokepoints to shut down dissident speech. In theory, both of these bills could strike a major blow against censorship and in favor of free speech and freedom of association. Yet right now, they are not doing that. Instead, both bills contain loopholes that allow tech giants to keep exercising the same monopoly powers they always have, as long as it is in the name of “safety.”

Neither loophole actually defines what “safety” is, but the word is already well-established in the tech world as a euphemism for “censorship.” YouTube’s calls its content moderation division YouTube Trust and Safety; Twitter’s moderation advisory group is the Twitter Trust and Safety Council; the World Economic Forum’s initiative to increase digital censorship is titled Advancing Global Digital Content Safety; in the U.K., Boris Johnson’s new bill to combat “disinformation and misinformation” online is called the Online Safety Bill. When Apple banned Parler after January 6, it was to stop “threats to people’s safety.” When Amazon followed behind and kicked Parler off Amazon Web Services, it was because the company “poses a very real risk to public safety.”

If these vague loopholes remain in place, then instead of using Big Tech antitrust to empower dissidents, these bills will give them explicit approval from Congress to continue censorship in the guise of safety.

It’s unsurprising, then, that other pro-censorship organs of the U.S. government are fully on-board. During his confirmation hearings, Attorney General Merrick Garland promised a crusade against “online misinformation.” But clearly, he doesn’t see new antitrust bills as a threat to that crusade. On Monday, the Department of Justice publicly endorsed AICOA, claiming that monopolistic practices were harmful not just to American consumers, but also to “our democracy” (*eye roll*).

Big Tech is terrible, and it is essential that its power be broken if real American freedom is to be restored. But as currently written, the two bills racing through Congress will make life better for every tech company except those affiliated with free speech, populism, or conservatism of any sort. They will hurt Google and Apple and Amazon, only to empower Spotify and Microsoft in their place. Spotify has spent 2022 purging comedians and slowly nullifying Joe Rogan. Microsoft, meanwhile, has positioned itself as a leader in fighting “disinformation.”

The fix, fortunately, is straightforward: Stand up for Constitutional principles and embed the First Amendment in the law. Just as the government cannot suppress political speech on the grounds that it endangers “safety,” neither should the powerful corporations that increasingly exercise quasi-governmental powers of their own. Republicans should fight to add text which makes it clear that “safety” can never be used as a mere pretext for censorship: explicitly state that tech giants can never engage in deplatforming or censorship over speech that is protected by the First Amendment.

With that simple change, antitrust will become a real tool for restoring and protecting dissident speech in America.

William Peterson is the pseudonym of a litigation and regulatory attorney who has advised many of the leading free speech apps on litigation against Big Tech for censorship.