“Our people have all left Drudge ... They like REVOLVER and others!”
President Donald J. Trump
“...many of Drudge's long-time readers have fled to Revolver News...”
Tucker Carlson, FOX News
Close No thanks, I don't want breaking news emailed to me
We’ve Got the Receipts: Liberals Experience End-of-the-World Meltdown As Roe v Wade Is Set to Be Overturned

← Front page / Exclusive
We’ve Got the Receipts: Liberals Experience End-of-the-World Meltdown As Roe v Wade Is Set to Be Overturned
May 3, 2022 (2w ago) 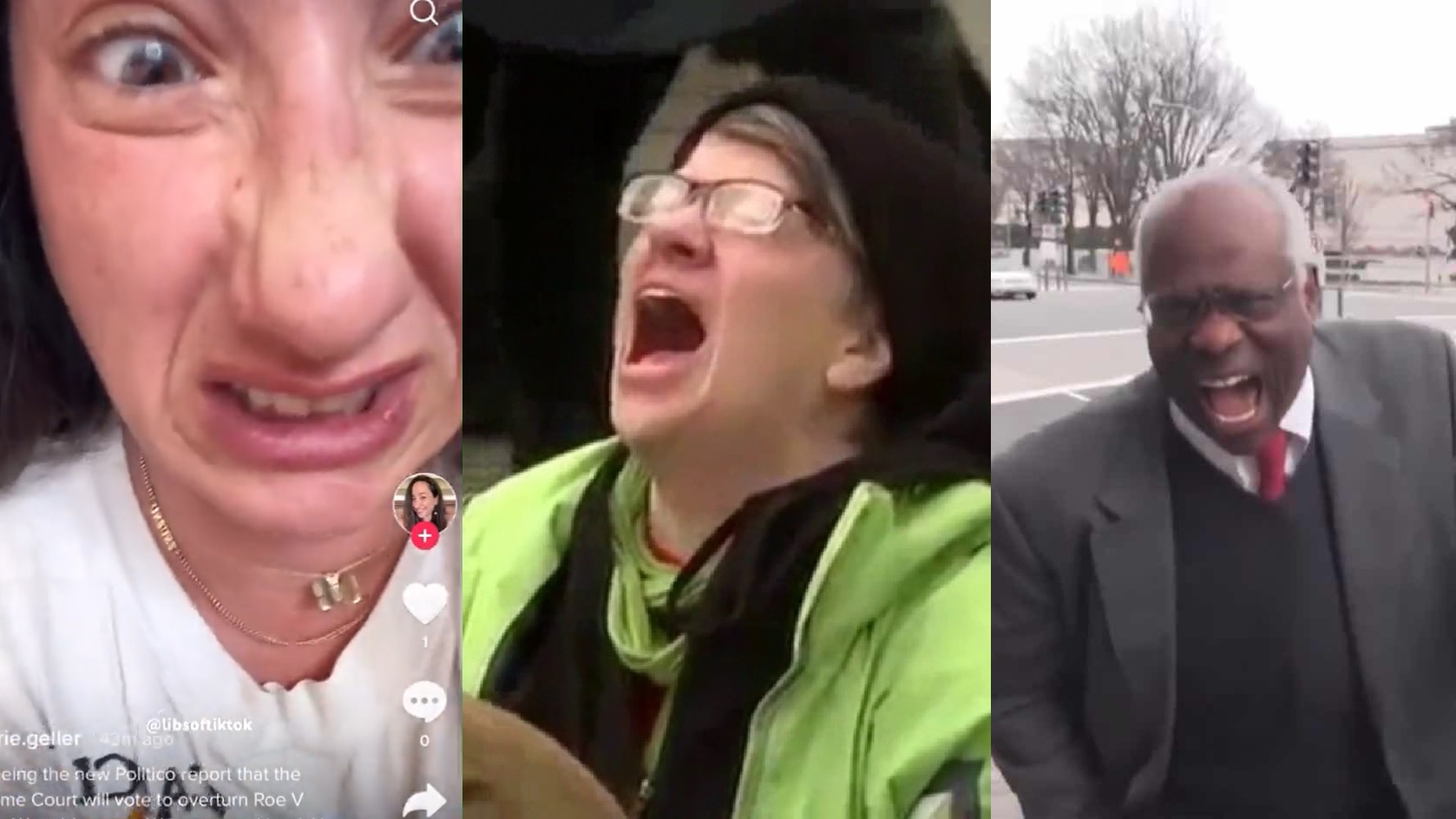 American constitutionalists are on the brink of a victory they have sought for nearly half a century — the Supreme Court overturning 1973’s Roe v. Wade decision imposing legal abortion on the entire country.

In an unprecedented development Monday night, someone inside the Court leaked a draft opinion to Politico before the opinion’s official release. And in fitting fashion, the draft opinion is an earthquake:

The draft opinion is a full-throated, unflinching repudiation of the 1973 decision which guaranteed federal constitutional protections of abortion rights and a subsequent 1992 decision – Planned Parenthood v. Casey – that largely maintained the right. “Roe was egregiously wrong from the start,” [Justice Samuel] Alito writes.

“We hold that Roe and Casey must be overruled,” he writes in the document, labeled as the “Opinion of the Court.” “It is time to heed the Constitution and return the issue of abortion to the people’s elected representatives.” [Politico]

For decades, America has been ruled by a series of radical 60s and 70s Supreme Court precedents. Some of those decisions, like Roe, invented new rights out of whole cloth. Others, like Griggs v. Duke Power Co., turned the tenets of “wokeness” into legal mandates. None of these rulings had the slightest grounding in the actual text of the Constitution. Many, like decisions endorsing affirmative action, directly contradict the Constitution. For the last fifty years, a majority of the Court’s justices have been Republican appointees, yet these decisions have remained immovable.

Suddenly, all that is up for grabs. And the feminists are going berserk with rage and terror.

MASHUP! Pro-abortionists are losing their minds over the thought of not being able to kill babies. pic.twitter.com/0oqFZyMpu5

Abortion is basic healthcare. And the argument over when life begins is a red herring that has no place in this debate.

Without Roe, women have fewer rights than a corpse.#ROE #RoeVWade #SCOTUS pic.twitter.com/GYDJC6KSEp

Thousands of abortion foes and supporters squared off overnight outside the Supreme Court. Many abortion fans were, to say the least, not taking things well.

“Get angry!”
“Cope and seethe, you guys lost”

Tensions running high in the crowd gathering at the Supreme Court pic.twitter.com/qHj56oTTH7

At the New York Times, one reporter warned that a rollback of abortion was equal to the loss of democracy itself, using the Disinfo Industrial Complex trigger phrase “democratic backsliding.”

The erosion of abortion rights is extremely rare in the world, and almost exclusively occurs in backsliding democracies. Here’s my reporting on the link between those two forces: https://t.co/aHgPWMv83T

One Democratic congressman, meanwhile, warned that the loss of Roe made America the equivalent of Viktor Orban’s Hungary (Oh no!). Incidentally, Hungary’s abortion laws have been the same since 1992:

The draft SCOTUS opinion—allowing laws banning abortion in all cases, including rape—shows a right-wing majority poised to destroy Roe, Casey and the constitutional right to privacy.

Striking down fundamental rights, they seek to usher in an Orban-style “illiberal democracy.”

And as they so often do, when the left wasn’t screaming at the sky, they were screaming at each other, pointing fingers.

Sending special love tonight to the RBG fangirls out there. How does that lace collar you got for Halloween feel now?

Just checking in with all those folks who thought it wasn’t that important to vote for Hillary Clinton. How are you doing tonight?

Ob*ma & RBG in particular, I will see y’all in hell. Trust!

Never forget that, when Obama had a filibuster-proof Senate majority in 2009, he broke his promise to Planned Parenthood to codify Roe v. Wade into law because it was “not my highest legislative priority.” pic.twitter.com/DQ9JyculjL

Just blame it all on Bernie bros!

This rabbi was NOT happy. 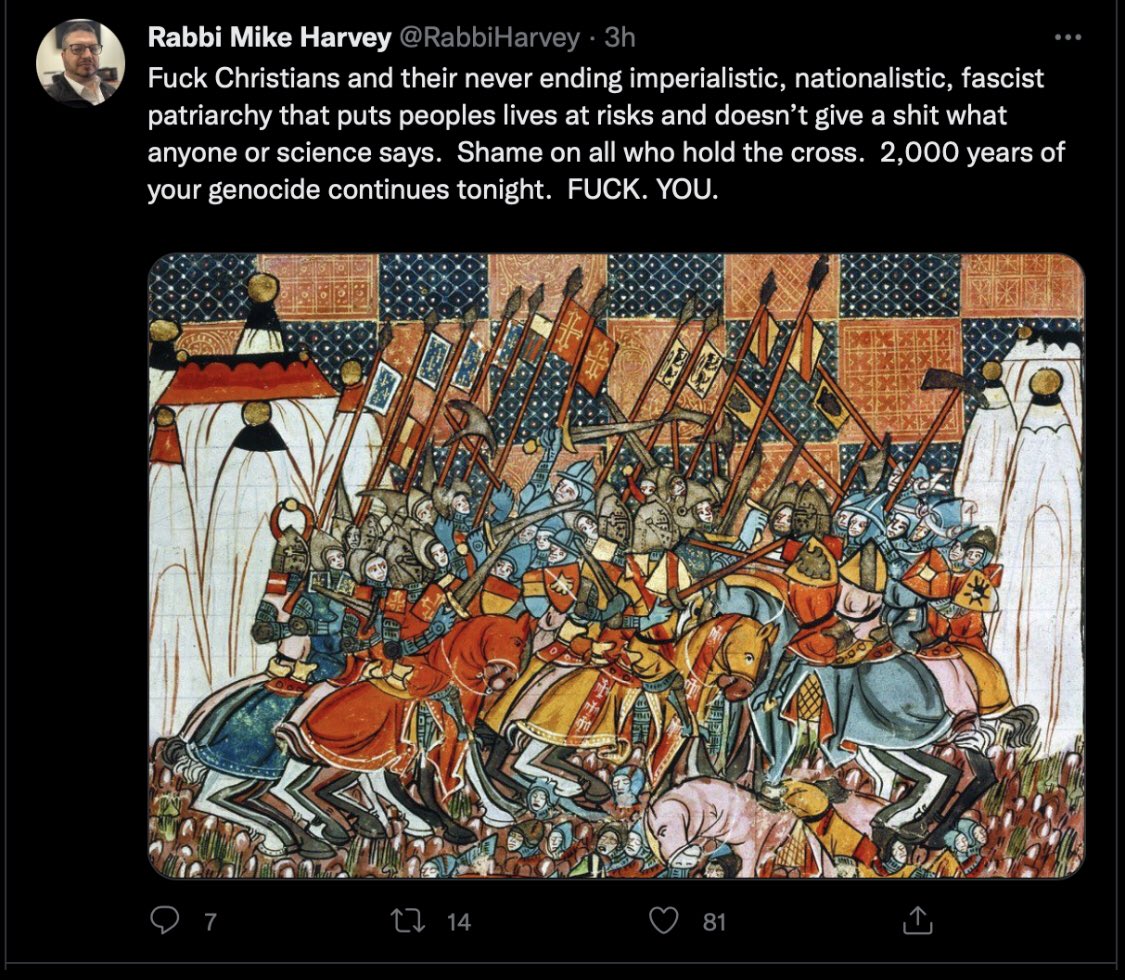 But before there is too much gloating, a warning: This ruling is not final. The Court could still cave, reverse course, and deliver a decision reaffirming Roe. Whoever leaked this draft clearly did so with intimidation in mind, and abortion zealots certainly haven’t missed that subtext.

Is a brave clerk taking this unpredecented step of leaking a draft opinion to warn the country what's coming in a last-ditch Hail Mary attempt to see if the public response might cause the Court to reconsider?

Alito's not there. Go to his house. https://t.co/U4LvdtAV7Z

Leak their addresses next

Besides underhanded threats, many Democratic lawmakers and bluechecks also signaled that an imminent reversal of Roe is the prompt that finally justifies irreversible moves like abolishing the filibuster, jurisdiction stripping, and outright packing of the Supreme Court. Abortion, after all, is not merely necessary, but sacred.

Let's be clear: The right to an abortion is sacred.

Democrats have to act quickly – get rid of the filibuster to pass the Women's Health Protection Act + finally codify Roe into law.

We cannot afford to wait.

John Fetterman’s view, that abortion is a sacred sacrament of our democracy, is commonly shared among liberals. Fetterman is the Democratic frontrunner for a Pennsylvania senate seat, and he’s on record saying there should be no limits on abortion whatsoever. So much for Safe, Rare, and Legal.

Congress must pass legislation that codifies Roe v. Wade as the law of the land in this country NOW. And if there aren’t 60 votes in the Senate to do it, and there are not, we must end the filibuster to pass it with 50 votes.

Many liberals engaged in impotent fantasy.

They’re completely detached from reality and suffering from arrested development. Most appear to live in a world of Harry Potter, Disney, and the Avengers.

In my fantasy, Schumer calls the caucus together in the morning and goes, "We're going to kill the filibuster, pack the court, codify abortion rights, and we're going to do it in three months. Any questions?

Sure I could have worked a dragon in, but then it's about a dragon.

The Court yielding to public pressure is a real fear. In 1992’s Planned Parenthood v. Casey decision, Justice Anthony Kennedy initially joined a majority overturning Roe, only to get cold feet, joining a convoluted ruling that slightly curtailed but fundamentally reaffirmed abortion rights. In the days and weeks to come, there will be a fanatical push — by the press, by non-profits, and by “peaceful protesters” — to push the justices into moderating their decision, or altering it completely.

American patriots must hold firm — in public, on the airwaves, and online — against this push to break the Court’s resolve. For decades, globalists and radicals have used a mix of hysterical screaming, threats, and moral imperialism to pressure their foes into surrendering without a fight. This leaked opinion is a test, must like the meltdown over Florida’s sex education law or the panic over Elon Musk buying Twitter. If the justices and conservatives more generally can hold the line, they will discover that the left’s threats are ultimately empty. When the left’s moral authority is denied and emphatically rejected, its power crumbles into nothing except impotent screaming and empty tears.

Another important note: The ruling, if it holds up, will be the culmination of a half century-long battle by millions of activists to overturn one of the Supreme Court’s most indefensible decisions. But it will also be a triumph and vindication for Donald Trump.

Because of Donald J. Trump, Roe v. Wade will be overturned.

In 2016, many voters were skeptical of Trump, but rallied behind his candidacy after he released his list of potential Supreme Court nominees to replace the deceased Antonin Scalia. In a 2016 exit poll by CNN, twenty-one percent of voters said the Supreme Court was the single most important issue in the election for them, and those voters backed Trump by fifteen points. That support was decisive in a close election, and afterwards Trump delivered for his base in unprecedented fashion. President Reagan and both Bushes promised their supporters judges who would overturn Roe v. Wade, and each of them delivered a Supreme Court pick who flopped when it counted most. President Trump was able to name three justices, and right now, it appears that all three will deliver.

Much to the chagrin of Joe Biden and his lunatic fringe. 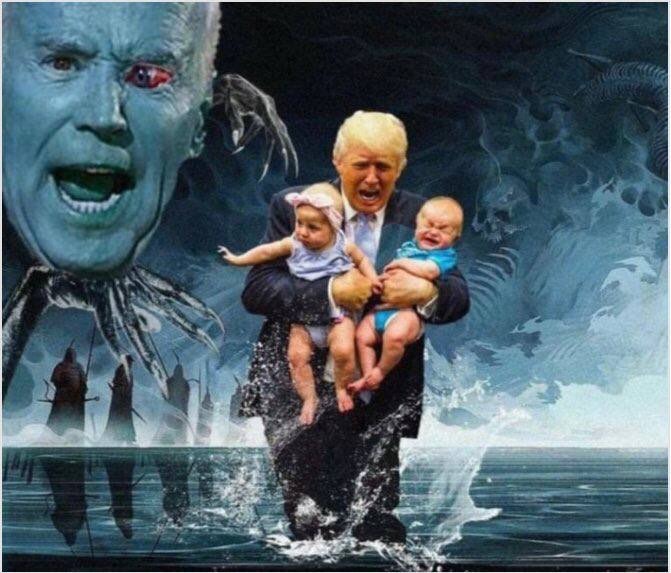 Even better, if this ruling holds up, it also justifies optimism on many other issues of importance. Along with abortion, the Court is also addressing affirmative action this term, in the case Students for Fair Admissions v. Harvard. If the Court is brave enough to throw out Roe, it may also be brave enough to overturn Regents of the University of California v. Bakke, abolish affirmative action, and once again make America a country where racial discrimination is banned rather than mandated.

On free speech, on transgender propaganda, on woke capital, and now on abortion, Americans are learning that they have the power to ignore and overpower the woke left. As long as their courage does not fail, there is no limit to what can be accomplished.