“Our people have all left Drudge ... They like REVOLVER and others!”
President Donald J. Trump
“...many of Drudge's long-time readers have fled to Revolver News...”
Tucker Carlson, FOX News
Close No thanks, I don't want breaking news emailed to me
Neil Gorsuch’s Woke Crusade to Rid America of Its “Racist” Past 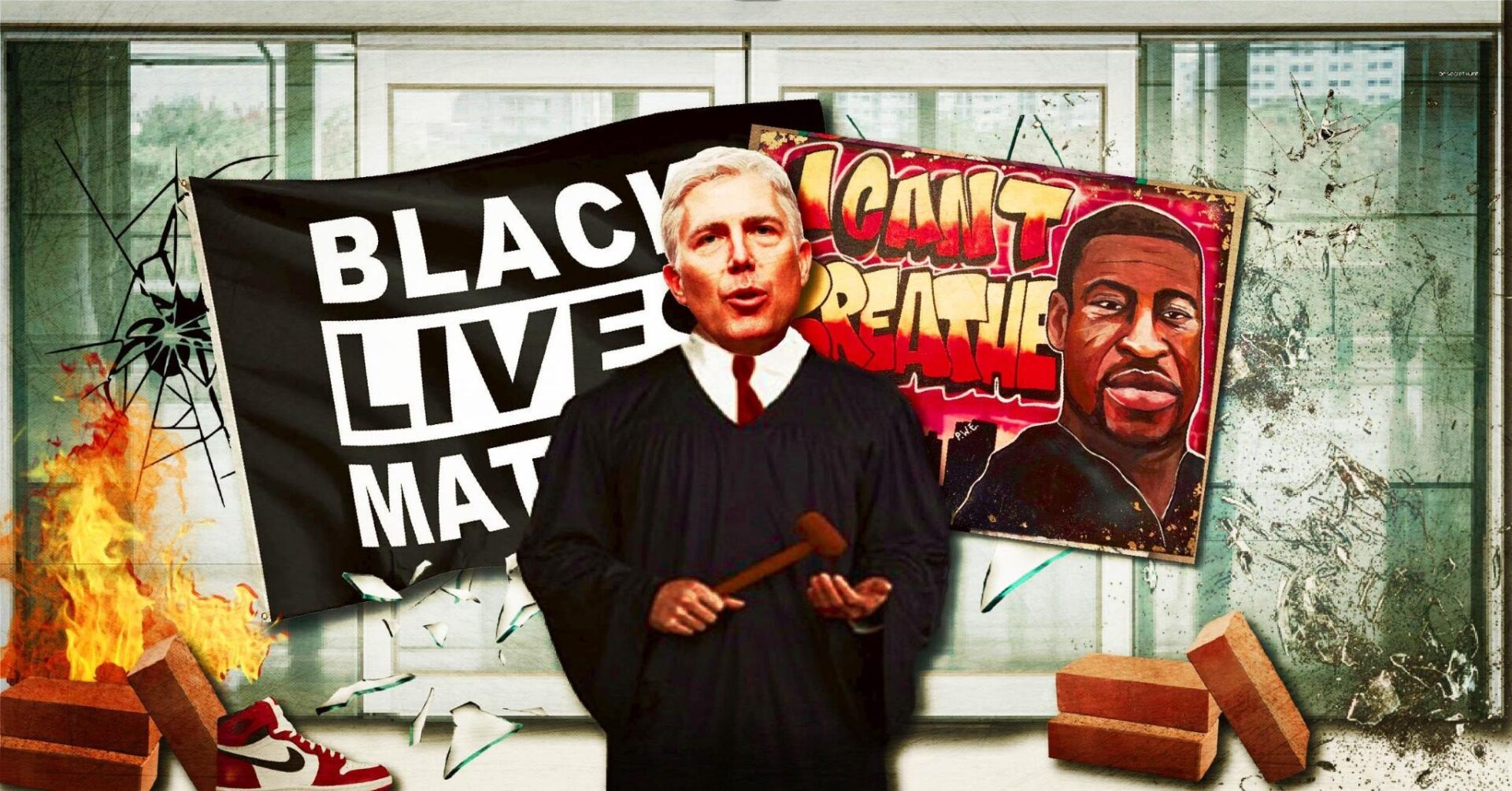 Assuming the Supreme Court’s leaked decision doesn’t change, Roe v. Wade will be overruled this summer. Millions of Americans are rightly thrilled by this tremendous victory made possible by Donald Trump’s Supreme Court picks. This expected victory has naturally encouraged hopes for more similarly foundational legal victories. Unfortunately, when it comes to fighting Critical Race Theory in the courts, there is one little underappreciated impediment to this optimistic outcome — Justice Neil Gorsuch.

Gorsuch was seen as the next Antonin Scalia when President Trump appointed him in 2017. His fans insisted he would be the left’s worst nightmare on the high court. Indeed, Gorsuch has proven to be better than the mercurial John Roberts, and he is certainly no David Souter. But on many key issues the good justice upholds the left’s orthodoxy and creeps awfully close outright espousing the tenets of Critical Race Theory. Gorsuch is good on some issues, but he’s no Antonin Scalia—he’s far too in tune with liberal biases.

Take his opinion on citizenship and American territories. In a concurring opinion denying Puerto Ricans certain Social Security benefits last month, Gorsuch attacked “Insular Cases” as “racist” artifacts. These court cases limited full constitutional privileges to those born in American territories. “A century ago in the Insular Cases, this Court held that the federal government could rule Puerto Rico and other territories largely without regard to the Constitution,” Gorsuch wrote in his opinion. “It is past time to acknowledge the gravity of this error and admit what we know to be true: The Insular Cases have no foundation in the Constitution and rest instead on racial stereotypes. They deserve no place in our law.”

He added: “The flaws in the Insular Cases are as fundamental as they are shameful. Nothing in the Constitution speaks of ‘incorporated’ and ‘unincorporated’ Territories. Nothing in it extends to the latter only certain supposedly ‘fundamental’ constitutional guarantees. Nothing in it authorizes judges to engage in the sordid business of segregating territories and the people who live in them on the basis of race, ethnicity, or religion.”

In Gorsuch’s opinion, full citizenship and privileges should be conferred onto all residents on American territory, which would expand birthright citizenship. For instance, those born in American Samoa do not currently receive this benefit, but under the Gorsuch doctrine, they would, even though they do not pay federal income taxes. Gorsuch feels this is necessary to correct the supposedly racist actions of America’s past. Racism is the only reason America would deny these privileges to the territories, according to Gorsuch. Activists have already filed cases to test this opinion and fundamentally change American law.

The conservative jurist earned plaudits from the left for his opinion. One left-wing reporter declared Gorsuch’s opinion as “one of the clearest and most eloquent statements exposing US colonialism that’s ever been issued by a Supreme Court justice, at least in my lifetime.”

It would be one thing if this was a rare quirk for Gorsuch. But he has shown several times that he’s committed to wrecking American traditions on behalf of a distorted version of American values.

Back in 2020, Justice Gorsuch handed over nearly half the state of Oklahoma to Indian tribes. His majority opinion in McGirt v. Oklahoma, effectively stripped the state government of proper authority over the ceded Indian territory. The decision threw the state into chaos. Murder convictions were overturned, zoning and property rights disputes flared up, and who’s actually in charge of the ceded territory is still undetermined. “In our opinion, this is the biggest issue that’s ever hit any state since the Civil War,” Oklahoma Gov. Kevin Stitt said last year.

It’s astounding that one state cannot properly govern half of its territory due to a Supreme Court decision. So why did Gorsuch issue it? Because America owes Indians the land for the Trail of Tears. “On the far end of the Trail of Tears was a promise. Forced to leave their ancestral lands in Georgia and Alabama, the Creek Nation received assurances that their new lands in the West would be secure forever,” Gorsuch wrote. So our nation, according to Gorsuch, must give away land Americans fought and bled for to satisfy past wrongs? That’s a blueprint for ceding much of our nation to Indian tribes.

Gorsuch also struck down states allowing non-unanimous jury verdicts on the basis of historical racism. “Courts in both Louisiana and Oregon have frankly acknowledged that race was a motivating factor in the adoption of their States’ respective non-unanimity rules,” he wrote in a 2020 decision. That argument was lambasted by Justice Samuel Alito, the author of the proposed draft that revokes Roe v. Wade.

Gorsuch’s opinions reflect common liberal opinion. America’s racist past requires redress in our era. This means states must cede power to Indian tribes and non-unanimous verdicts cannot be tolerated. Liberals use similar arguments to tear down our history and repeal sensible laws. Can we trust a conservative judge who uses their same tired logic?

The supposed heir to Scalia can likewise not be trusted on immigration and social issues. On immigration, he comes across as a Cato Institute-style libertarian in many cases. Last year, Gorsuch wrote the majority opinion in a case that gives foreign aliens the ability to challenge their deportations. In 2018, he sided with the liberal majority in striking down a Trump policy that made it easier to deport illegal aliens. Prior to the Supreme Court, Gorsuch had a notable record of siding with illegal immigrants against government action. The justice credits his British immigrant wife for shaping his views on the issue.

That might not be the only area where Mrs. Gorsuch influences her husband. Gorsuch ruled in favor of civil rights law to include gay and transgender individuals in 2020. The move was widely condemned by conservatives who saw it as an infringement on religious freedom and free association. He also believes Obergefell v. Hodges — the case that made gay marriage legal in all 50 states — is settled law.

He’s not the worst justice on the court, nor is he a total disappointment. He’s much better when it comes to the Second Amendment and affirmative action. But it’s alarming for a conservative justice to uphold the left’s core understanding of our nation’s history.

Critical Race Theory teaches America was founded on white supremacy and the nation must make serious amends for its sins. This belief is shared by everyone on the Left—from your local college professor to Joe Biden. And it’s shared by Neil Gorsuch as well. Conservatives must ensure the next justice nominated by a Republican president repudiates this anti-American idea. We cannot have any more justices who want to give away half of Oklahoma to atone for racism.

Scott Greer is a political commentator and hosts the “Highly Respected” podcast.