“Our people have all left Drudge ... They like REVOLVER and others!”
President Donald J. Trump
“...many of Drudge's long-time readers have fled to Revolver News...”
Tucker Carlson, FOX News
Close No thanks, I don't want breaking news emailed to me
All Eyes Are On Arizona’s Blake Masters as He Surges Ahead in Heated Senate Race

← Front page / Exclusive
All Eyes Are On Arizona’s Blake Masters as He Surges Ahead in Heated Senate Race
June 1, 2022 (4w ago) 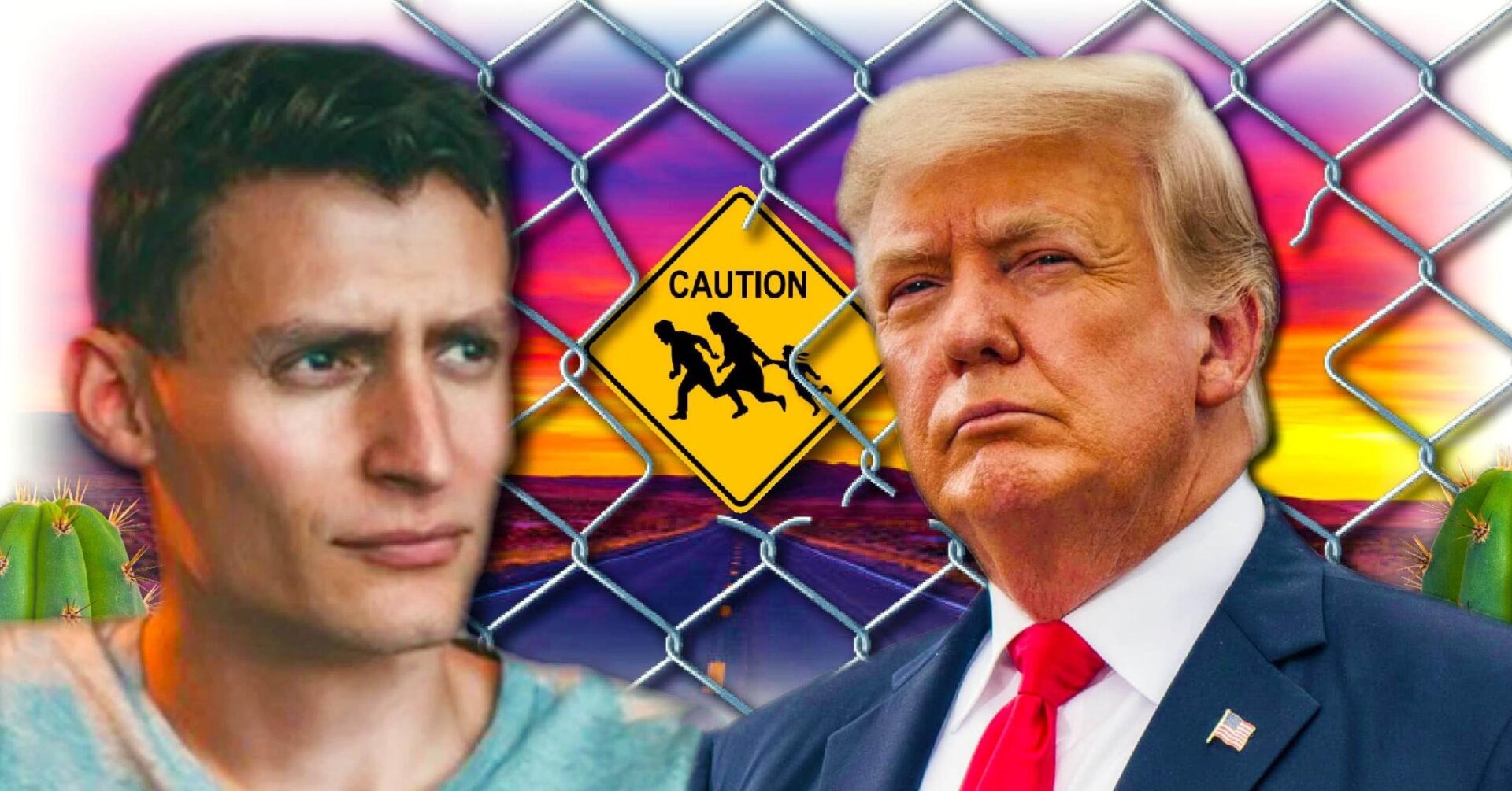 The Trump endorsement stands as the most powerful force in American electoral politics. Perhaps out of recognition of this fact, President Trump has taken a judicious approach to his endorsements in the 2022 cycle. To earn Trump’s coveted endorsement, a candidate must not only demonstrate loyalty to Trump and the Trumpist agenda that revolutionized American politics forever, the candidate in question must also stand strong on his own and show that he’s a winner. After all, winning is a big part of the Trump agenda.

One would be hard pressed to think of a candidate more suited for a Trump endorsement than Arizona phenom Blake Masters. Unlike other GOP candidates who were slow to see The Donald’s appeal, Blake was an early supporter in the 2016 primary and went on to work on the transition team. He has bravely called out the stolen election of 2020 and has elevated election integrity to the top of his campaign agenda.

Over the past year, Masters has proven not only his loyalty to Trump and the Trumpist agenda, he has proven his mettle as a candidate even without Trump’s explicit backing.

At the campaign’s outset, Masters was a talented novice with no preexisting political base or electoral experience. Last November, he had only 9% support. But for the past six months, all the momentum has been in his favor. An internal poll from April by Kari Lake’s gubernatorial campaign showed Masters tied with Mark Brnovich and Jim Lamon at 19% support. A poll two weeks ago by Fabrizio, Lee & Associates showed Masters in sole possession of first place, with 22% support against 18% for his two main rivals. As undecided voters have made up their minds, they have been breaking for Masters in a big way.

Masters is proving himself not only as a politician, but as a future GOP leader. He has shown a special ability to appeal to young voters. His main campaign theme is protecting the nuclear family. He has said that Americans should be able to raise a family on one income, something millennials are currently having trouble doing. Masters has also taken a unique approach to advertising, shooting videos of himself in beautiful outdoors locations where he speaks calmly and candidly about the issues America faces. These have stood out in contrast to the lame and suffocatingly conventional attack ads of his opponent Jim Lamon.

Masters’s rise has inspired opposition far outside Arizona. Compared with Brnovich or Lamon, it’s obvious which candidate frightens the Beltway class. Nobody is writing sloppy hitpieces falsely accusing Jim Lamon of wanting to ban birth control. Nobody at The New York Times frets that Mark Brnovich represents a new style of politician. In fact, nobody cares about Mark Brnovich’s ideas at all; when he comes up at all it is only to discuss his falling political star.

Masters shares Trump’s ability to get around the media establishment and use platforms like Twitter to speak directly to the public. The typical Brnovich video on Twitter struggles to clear five hundred views, while Masters routinely cracks half a million.

The Democrats want open borders so they can bring in and amnesty **tens of millions** of illegal aliens — that’s their electoral strategy. Not on my watch. pic.twitter.com/t9NQmEmdzG

The Second Amendment is not about duck hunting. pic.twitter.com/aOgpljZ0P8

Like President Trump before him, Masters understands the importance of a “never apologize” style of politics. When targeted with sham hitpieces, he hits back by threatening to hit publications with the Gawker treatment.

Trump has excellent natural political instincts, and we suspect those instincts will eventually prevail and lead him to backing Masters, knowing he is a winner Trump has every reason to endorse. Trump’s past statements have implied that Blake Masters was a heavy favorite to be his choice.

Still, momentum feeds on momentum. Masters’ steady rise in the polls gives him strength. So does Peter Thiel’s recent $3.5 million donation to his protege’s super-PAC. A Trump endorsement, delivered at the exact moment Masters is already looking hard to stop, would have an even greater effect than it would otherwise. It would take a race that looks competitive and essentially end it overnight. That’s especially the case in Arizona, where nearly 90% of Republican voters approve of Trump. And it’s especially the case right now, with early voting set to start on July 6.

More than 80% of Arizona voters voted early in 2020, and more Republicans than Democrats voted early. Trump himself suggested that the reason Dr. Oz didn’t win by a more substantial margin was because his endorsement came very late, after early voting had begun. If Trump wants his endorsement to have maximum effectiveness, than delivering before the start of early voting on July 6 is a must.

And of course, it’s worth remembering the shadow of 2020 that still hangs over this race. Arizona was Joe Biden’s most shocking “victory” on election night. In the hours and days after November 3, when the election was still in dispute and his personal intervention would have had enormous power to expose fraud and shift the entire narrative around what was happening, Mark Brnovich did nothing. A year later, he tried to compensate with a fake investigation that couldn’t change anything.

If President Trump stays out of the Arizona race, it is possible that Brnovich will stagger to victory through the power of sheer name recognition, once again sending the message that the Republicans who faltered in 2020 have nothing to fear, and that future Republicans can fail in the same way without risking their prospects.

Mark Brnovich represents those Republicans, led by Senate minority leader Mitch McConnell, who see the Trump movement as a blip, the fight for election integrity as a distraction, and Trump himself as a nuisance to be managed.

Last fall, Trump successfully kept McConnell’s hand-picked choice Gov. Doug Ducey from joining the Senate race. By helping boost Masters into the Senate, Trump can spearhead a MAGA takeover of the Senate, which under McConnell’s “leadership” undermined Trump’s presidency and fought against his America First policies—especially the Border Wall. In fact, Masters has already signaled his support for replacing McConnell as GOP leader.

It is natural for President Trump to be careful with his support, but as he demonstrated in 2016, the way to overcome a setback is not to retreat, but to remain aggressive and defiant. Trump now has a golden opportunity to post a big win and demonstrate his iron grip on power. Blake Masters has the ideology, the style, the youth appeal, and most importantly, he now has the numbers. Trump should seize his chance, make the endorsement his instincts already tell him to make, and pave the way for 2022 to be known as the MAGA wave election.