How to Use Consent Decrees for Fun and Profit

Even though Democrats hold the presidency and both houses of Congress, conservative-leaning judges have given patriotic Americas huge victories on vaccine mandates, gun rights, EPA overreach, abortion, and a lot more. The wins, particularly at the Supreme Court, have established America’s judicial branch as the best branch of government for winning durable conservative victories.

But patriots and conservatives aren’t the only ones who have been able to use the courts to their advantage. And in fact, over the past decade, there is one judicial tactic where the left’s ability and success far exceeds that of the right: The strategic use of judicial consent decrees. But if the right can learn to master this tactic as well, they can win even more victories through the courts than before.

Judicial consent decrees are a means of settling criminal or civil court cases. Essentially, the two sides of a case agree to resolve it without a finding of guilt or liability, and instead negotiate a legally-binding agreement that is then approved by a judge.

When the two sides of a court case are actual adversaries, a consent decree makes sense. But when both sides of a lawsuit are actually on the same side, consent decrees become very different: They become a means of writing new laws without a single vote, and plundering the public treasury in the meantime.

The left has developed a mastery at exploiting this central vulnerability. For years, consent decrees have operated as a secret weapon for left-wing non-profits operating in close alignment with sympathetic government bureaucrats.

The strategy works as follows: A progressive plaintiff (typically a non-profit) sues a government department alleging some kind of legal violation — typically of civil rights, environmental, or election law. And then, critically, they win without ever even going to trial to hear the case on its merits. Instead, the defending government body announces that the case is simply so strong, so unstoppable, that they must settle before trial.  The resulting settlement is then legally binding on the government.

Consent decrees allow government to do quickly what would otherwise be time-consuming or outright impossible. For instance, new federal regulations are typically required to go through a lengthy rule-making process that usually takes two to three years. By intentionally losing a lawsuit to a left-wing plaintiff, bureaucratic agencies can have these regulations “forced” on them in far less time through a legal settlement.

For six of Barack Obama’s eight years as president, Republicans controlled the House of Representatives, and so Congress was in no rush to pass new environmental legislation. But that was no burden at all for the EPA, as activists found a new way to ram through the regulations they wanted: Simply have the EPA intentionally lose lawsuits. One analysis found that from 2005 to 2016, the EPA enacted 23 new regulations as a result of “sue-and-settle” lawsuits, imposing more than $20 billion and millions of paperwork hours in regulatory compliance costs.

But consent decrees don’t just create new regulations for Americans. They also serve to directly enrich those filing the lawsuits. Routinely, the federal government agrees to pay thousands or even millions of dollars to cover the legal fees of those who brought the complaint. The Daily Caller:

Federal agencies have paid out more than $49 million to groups suing the government under major environmental laws since 2009, according to a Daily Caller News Foundation analysis of the Department of Treasury’s Judgement Fund.

Agencies have been hit by 512 “citizen suits” since 2009, and paid out millions to lawyers often suing to increase regulations on businesses and landowners. Three major environmental laws allow groups to bring citizen suits against federal agencies: the Clean Air Act (CAA), the Clean Water Act (CWA) and the Endangered Species Act (ESA).

Federal agencies paid out $30 million to attorneys for 237 citizen suits under the ESA. Citizen suits under CAA paid out the second most, at $13 million for 224 suits, and the 51 CWA suits resulted in $6.7 million in federal payments.

A 2013 study by the U.S. Chamber of Commerce found 71 lawsuits between 2009 and 2012 qualified as “sue-and-settle.” These suits resulted in more than 100 new regulations, many of which imposed more than $100 million in compliance costs every year.

Earthjustice has received $4 million from suing federal agencies 39 times since 2009, according to TheDCNF’s findings.

“Sue-and-settle” isn’t just for left-wing NGOs, though. It’s also a weapon of the federal government itself. Consent decrees, for instance, are the primary means by which the left has imposed dramatic changes on policing practices in major American cities, to the detriment of everyone except criminals. Over and over, the Obama Administration followed a strategy of suing police departments for supposed “civil rights” violations, then pressuring them into agreeing to consent decrees which legally required new policing practices. Without passing a single law or even winning a court case, the Obama Administration left cities legally compelled to scale back their anti-crime efforts.

After Officer Darren Wilson’s justified self-defense shooting of Michael Brown, for example, the Obama DOJ made an example of Ferguson, Missouri, suing the city and strong-arming its politicians into a consent decree. The order mandated diversity-based hiring, “anti-bias” training for officers, and imposed limits on police traffic stops. That last point is noteworthy: not only has violent crime in Ferguson surged, but traffic deaths on the city’s main road have surged as well! 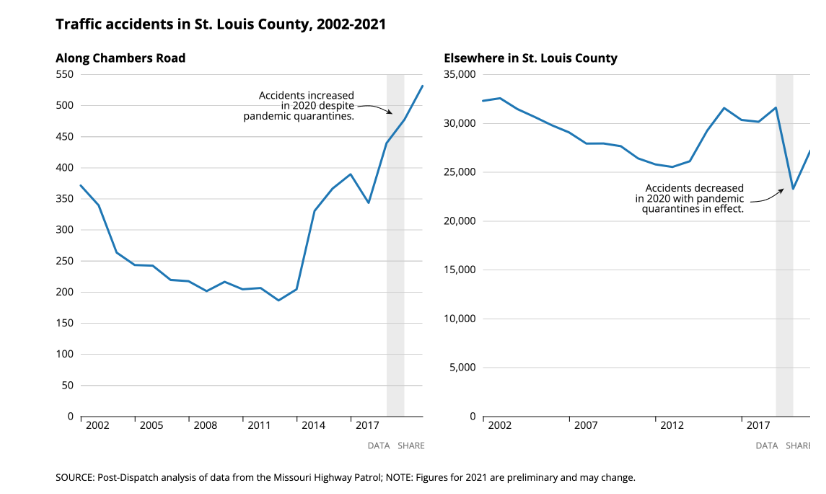 In Seattle, a 2012 consent decree means that police are 50 percent less likely to use force. They also endure “extensive training in crisis management.” Crime is now the highest it’s been in decades, so… mission accomplished?

The apex of the consent decree abuse, though, came with the 2020 election, when Georgia’s grossly incompetent Secretary of State Brad Raffensberger simply allowed Democratic Party activists to rewrite the state’s election laws wholesale, with not a single vote required. Mollie Hemingway explains in her book, “Rigged: How the Media, Big Tech, and the Democrats Seized Our Elections” (emphasis ours):

Long before COVID-19, the Democratic Party of Georgia, Democratic Senatorial Campaign Committee, and Democratic Congressional Campaign Committee sued Georgia secretary of state Brad Raffensperger in November 2019 to get him to water down the state’s requirements for checking signatures on mail-in ballots. Governor Kemp, under pressure from Democratic groups alleging voter suppression, had already signed a law earlier in 2019 that relaxed signature requirements and made it more difficult to reject ballots for signature mismatch or other ballot problems. Elias, who was leading the lawsuits, wanted the requirements relaxed even more.

On March 6, Raffensperger, with the advice and counsel of much of the state and national Republican establishment, entered a “consent decree” conceding to Elias’s and the Democratic Party’s demands, including a new procedure for reviewing signatures on mail-in ballots. When other Republicans learned what Raffensperger had done, they were shocked. Democrats’ high-powered attorneys introduced several significant changes defining how Georgia law regarding the “curing” of ballots should be interpreted. … Most important, the settlement got rid of any meaningful signature match for mail-in ballots [and] also made it more difficult to reject mail-in ballots. Under the new rules, a ballot could only be rejected if a majority of registrars, deputy registrars, and ballot clerks assigned to the task agreed to it, another burden that made it easier to just let all ballots through without scrutiny.

So, consent decrees are appalling, and arguably shouldn’t be allowed at all when they involve creating new regulations out of thin air. But conservatives have complained about them for about a decade now, and nothing has happened. In 2017, Trump EPA Administrator Scott Pruitt issued an order ending “sue-and-settle” for his agency, but in a noteworthy reversal, the Biden Administration revived it earlier this year. Meanwhile, along with persecuting January 6 defendants and investigating angry public school parents, Attorney General Merrick Garland also added consent decrees back into the DOJ arsenal.

So you know what they say: If you can beat ’em, join ’em. There is nothing that stops patriots from using the same legal tools that have so empowered the Democrats to sabotage the left instead.

Patriots can start passing their own “sue-and-settle” laws, inspired by the laws so beloved by environmentalists. Imagine if pro-gun activist groups could collect millions in attorney’s fees for striking down anti-gun laws in big cities. Or, imagine if a successful lawsuit striking down excessive federal regulation carried the same kind of prizes that come with forcing the EPA to adopt new ones.

Consider the notorious epidemic of Soros prosecutors turning America’s cities into Mad Max-style Thunderdomes. If every police department in America lives in fear of a federal DOJ investigation ruining their day, why shouldn’t every prosecutor’s office? Many of them could be targeted with the exact same far-reaching civil rights laws used to harass police.

The modern-day university is another institution that gleefully violates civil rights all the time. An aggressive Republican administration could have the DOJ launch investigations of schools for flagrant anti-white racial discrimination, then propose consent decrees that would create legally-mandated meritocracy and fairness.

Some of this will have to wait until Republicans retake the federal government again, but there’s no reason red states couldn’t start experimenting with the tactic right away. Plenty of the worst prosecutors and most revolting universities are located in blue bastions of red states. State legislatures could pass laws making it far easier to sue prosecutors whose offices fail to protect the public; they could even try and hold such prosecutors personally liable for the harms they cause to communities. States could expose local universities to dramatic financial penalties if they are caught engaging in anti-white or anti-Asian discrimination.

Much like with fighting transgender insanity, the only limit is our own imaginations. Make the left feel the same terror of lawsuits that they inflict on everybody else.