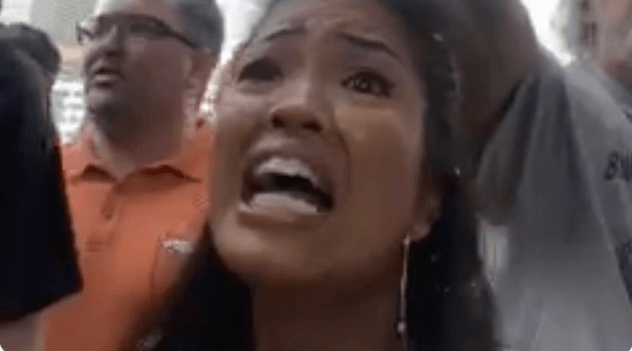 Conservative grassroots activist Michelle Malkin and other pro-police protestors were violently attacked by Antifa yesterday at a demonstration in Denver, Colorado.

According to chilling first hand accounts of what transpired, and video footage (much of it shot by Malkin herself), the Denver police stood by and did nothing while the violence occurred. Even Malkin’s private security, for whatever reason, was unable to protect Malkin and her fellow pro-police protestors against baton wielding ANTIFA members. 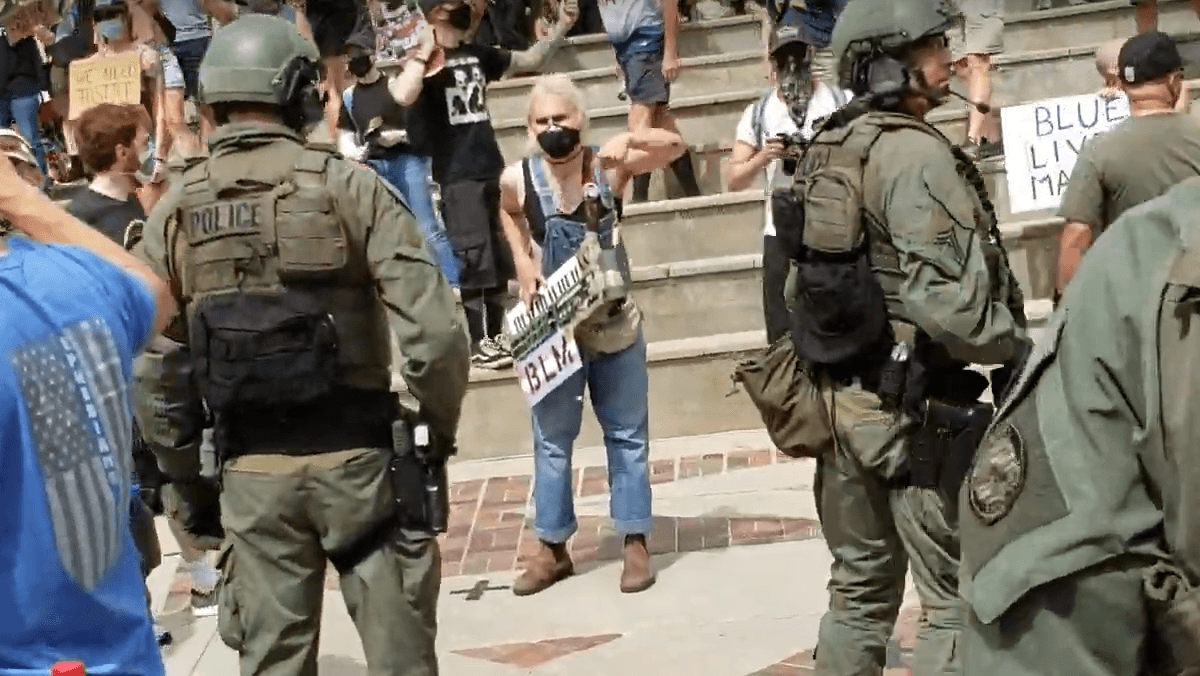 Here is Malkin discussing the details of the incident on a radio interview with Jeff Kuhner:

Of particular note is timestamp 13:30 where Malkin describes a large female Antifa member brandishing a collapsible baton. Malkin makes reference to certain “tough guy” conservatives who encourage her to bring a weapon as well.

What these “tough guys” don’t understand is that in 2020 America, American patriots demonstrating in favor of the police do not enjoy equal protection under the law compared to violent Antifa paramilitary operatives. Indeed, Malkin points out that unlike the overweight female Antifa member in question, if Malkin had displayed a weapon she would have been arrested and thrown in jail.

The general principle involved is known as “Anarcho-Tyranny.” Antifa and BLM operatives are granted the license to loot, destroy, and visit violence upon ordinary Americans, and the police will look the other way. Yet, the second that ordinary Americans begin to defend themselves, law enforcement, generally at the behest of an Antifa-aligned District Attorney, will throw the full force of the United States Justice system at them. In other words, anarchy and no rules for Antifa, tyranny and maximal restrictions for Americans who dare to resist.

The security forces will allow Antifa to attack Americans, but will arrest Americans who dare to defend themselves.

The conclusion near the 16:54 timestamp is especially poignant, with Malkin concluding that one “cannot rely on the police.” The only people who can rely on the police in many of these situations, it seems are the Antifa aggressors themselves.

More video of this incident:

As disturbing as this incident is, it is entirely in keeping with our earlier analysis of Antifa:

It is also important to note that despite their [Antifa-style groups] stated self-concept, such groups are NOT truly subversive in the sense of undermining the interests of the ruling class. Middle-class America, and particularly white middle-class America, remains the single force with the expectations and organizational capacity to stand in the way of the corrupt ruling class’ plans for total, full spectrum hegemony over the population. What these groups like BLM and Antifa are doing are increasingly acting as a genocidal paramilitary force on behalf of the corrupt ruling elite to neutralize this last remaining impediment to ruling class control.

These groups are ugly, evil, dangerous, and destructive—but they are NOT fundamentally subversive. The subversive Americans are the emerging elite who dare to speak up against the ruling class and are brutally silenced for it.

Indeed, Antifa is not, properly speaking, a group of violent thugs, and they are certainly not the “university snowflakes” that many delusional but well-meaning conservatives like to dismiss them as. The reality is much darker. Antifa functions as a paramilitary force for the corrupt ruling class that controls the United States of America.

Read our coverage on how Antifa and BLM strategically used “peaceful protestors” to take over Minneapolis. Michelle Malkin was kind enough to mention this Revolver News piece in a recent Newsmax interview.

UPDATE: DENVER POLICE NOW ADMITTED THEY STOOD DOWN TO ALLOW ANARCHY TO PROCEED

In an update to this story, the president of the Denver Police Union has now apologized for the anarchy that occurred at the pro-police rally and admitted that they received a stand down order. The stand-down order was presumably given so that the Democratic Party’s paramilitary organization Antifa could be given free reign to shut down the rally and abuse patriotic Americans who oppose their wicked agenda.

For the full interview, see this video:

Nobody should be shocked by this. Antifa is being given free reign for two reasons. One, Democratic leadership is tacitly using Antifa as their paramilitary force against average Americans, whom they view as irredeemably racist. Secondly, conservative institutions are infested with weak boomers who are too weak and scared to stand up to the Democrats, and whose knees buckle at the sound of a group of trustafarian Antifa chanting “Black Lives Matter.”