On January 6th, the Regime media, and even much of the Republican Party, immediately declared the Capitol riots an “armed insurrection,” an assault on democracy, and the worst day for the republic since Pearl Harbor or even the Civil War.

For months, Revolver has been doing the investigative work that America’s hundreds of other news outlets are too corrupt or too cowardly to perform themselves. We have watched the tape, read the indictments, dissected the news reports, and punctured the narratives.

Most notably, Revolver’s reporting changed the entire national narrative on 1/6 by focusing on evidence of foreknowledge and active instigation on 1/6 by elements of the federal government itself. It is this dark revelation that has generated howls of hysterical denunciation across the broad spectrum of Regime media outlets and mouthpieces.

On the anniversary of that now fateful day of January 6, 2021, it is more important than ever that American citizens learn the truth about what really happened.

Accordingly, we have reproduced the most classic Revolver News investigative reports to get you, your family, your friends, even your open minded acquaintances up to speed.

The Regime is attempting to use the false narrative of January 6 to label Trump supporters — and really anyone who dares to be critical of the Regime — as domestic terrorists.

One of the best ways to fight back against this agenda is to learn the truth in the articles that follow and share it with others. 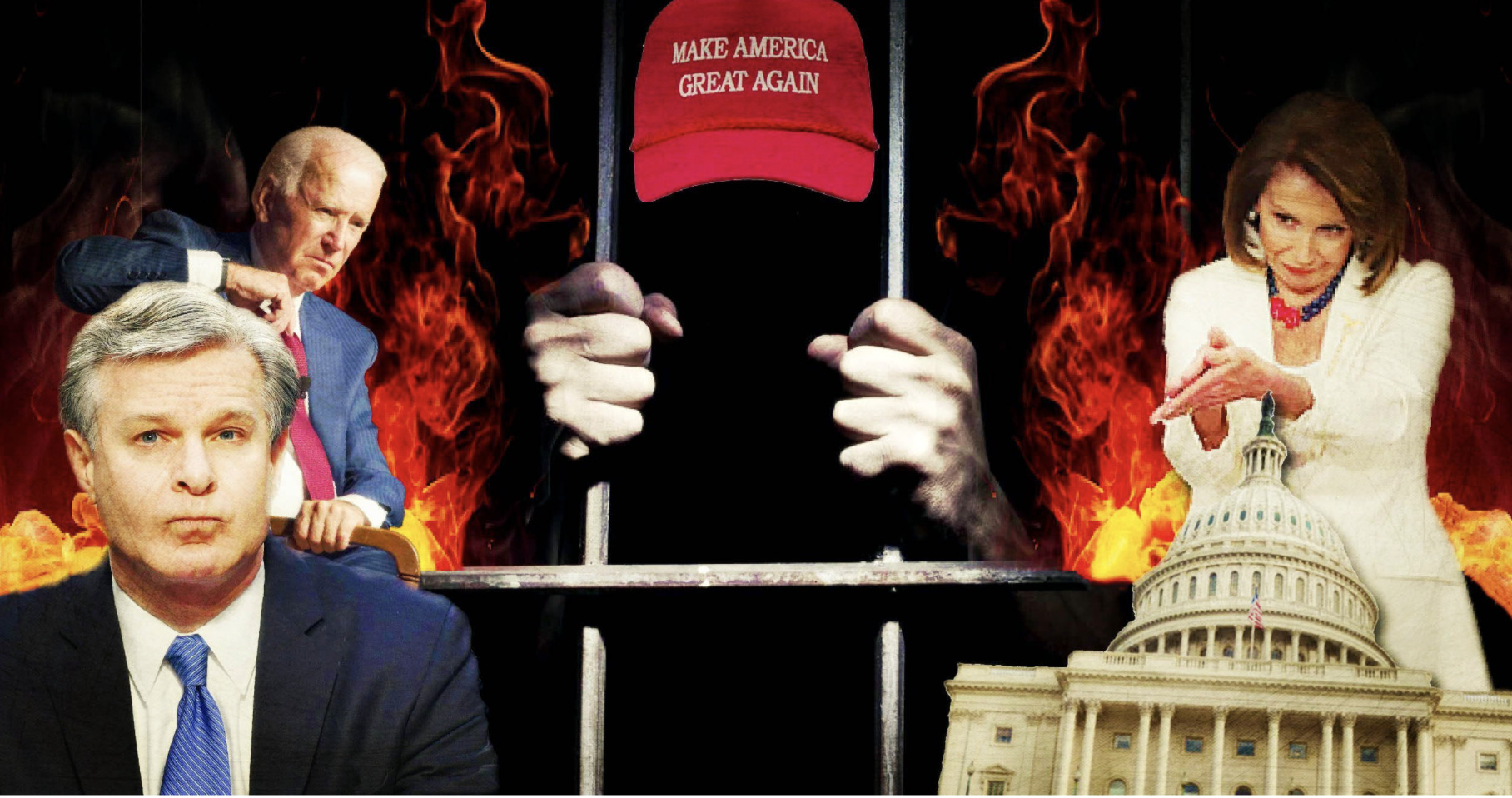 This is the piece that started it all — and re-oriented the entire national conversation about January 6 from dead-end distractions to the darkest question that unlocks the truth of what kind of country we really live in: what role did the federal government and its agents play in instigating January 6th? The piece above raises this very question with a detailed look at the charging documents of the Oath Keepers militia members. What we found was an astonishing case of selective non-prosecution, whereby trivial actors are slapped with serious charges, and more senior members who engaged in much more egregious behavior are not charged at all.

This is the very first piece of reporting that mentions the federal agent and informant-infiltrated “Michigan Kidnapping Plot” in light of the alleged insurrection of January 6th. 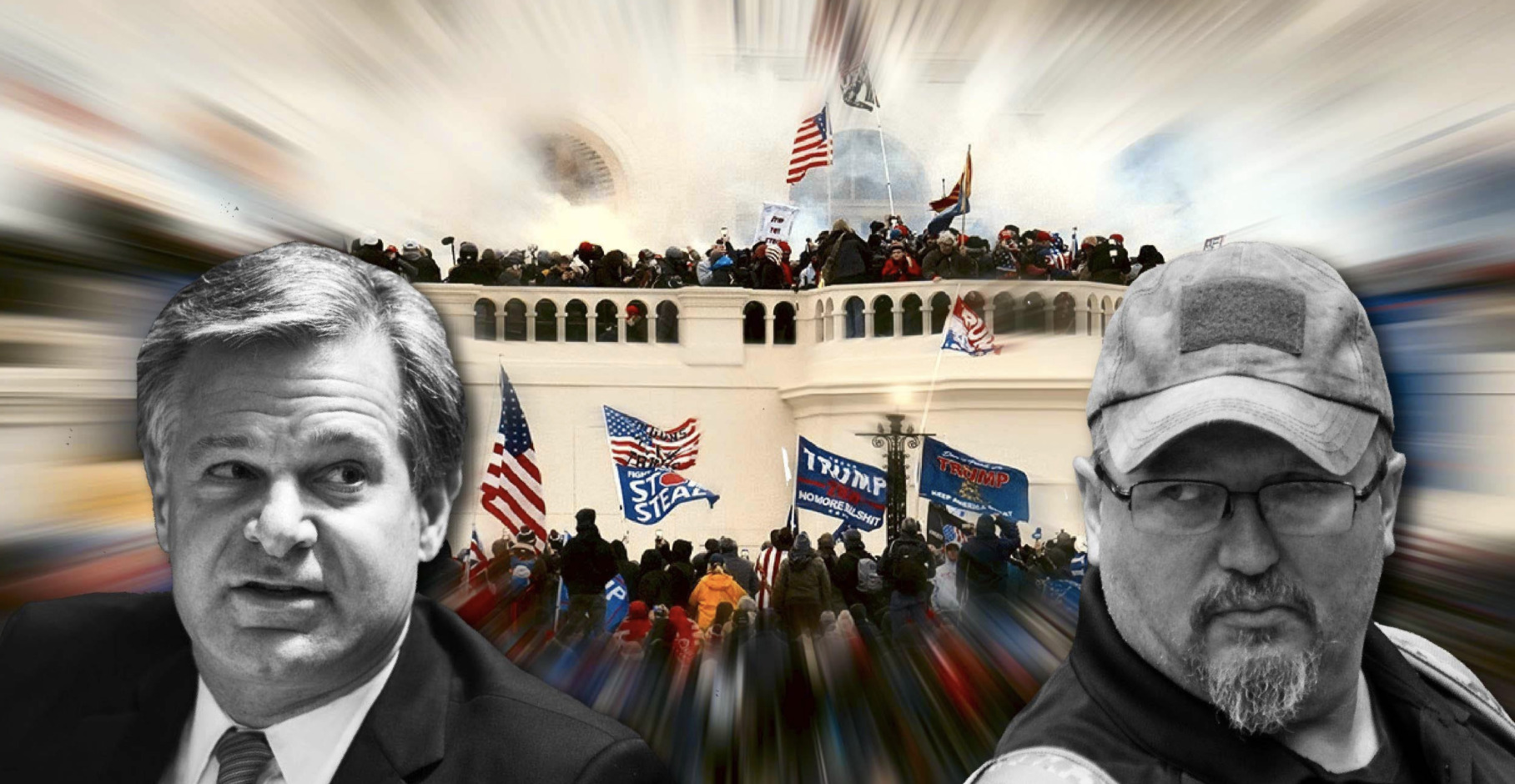 This next bombshell follows up on the reporting of the previous piece with a deep dive into a specific individual: Stewart Rhodes, the founder and leader of the Oath Keepers militia group. Through an extensive look at Rhodes’ background, as well as Rhodes’ ubiquitous presence in the charging documents of indicted Oath Keepers, Revolver shows that Rhodes is perhaps the most astonishing example of selective non-prosecution. The federal government is protecting Mr. Rhodes, and we would like to know why. If it turns out that the founder and leader of the biggest bogey-man militia group associated with Jan 6 is himself a federal agent or informant, it would be devastating to the official narrative of January 6, and amount to one of the biggest scandals in American history. 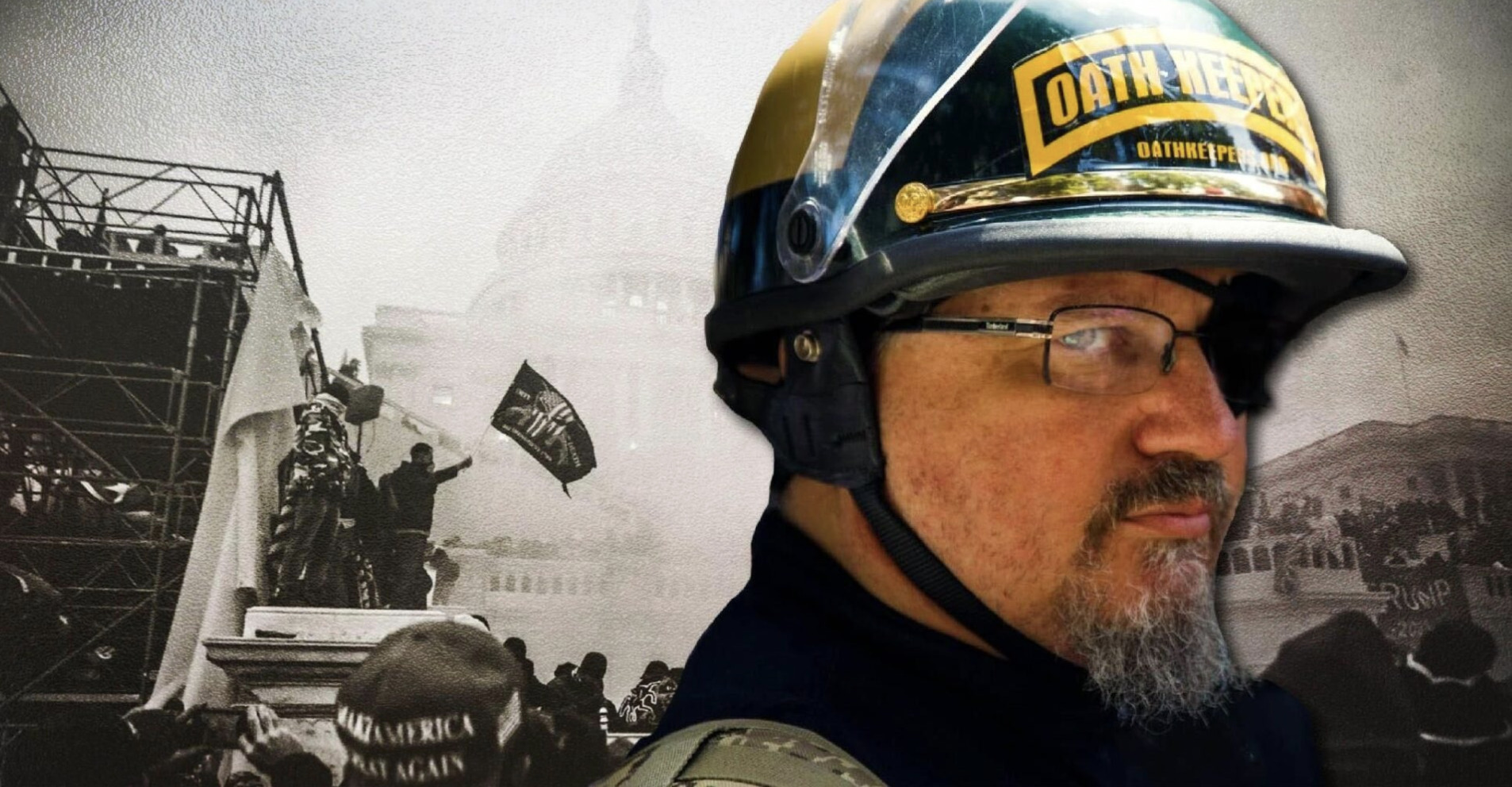 This ground-breaking piece continues our extensive coverage of Stewart Rhodes within the context of the politicized, sham January 6 Committee. Indeed, we point out the curious, seemingly deliberate and willful lack of interest in Stewart Rhodes by the Committee and uncover some troubling aspects of Committee Chairman Bennie Thompson’s past. Since publication, perhaps as a result of the pressure generated by this piece, the Committee has issued a subpoena for Rhodes. So far nothing has come of it and the questions presented in the piece remain as damning and pressing as ever.

New York Times Confirms Revolver’s Claim of FBI Involvement In 1/6… But What Are They Still Hiding? 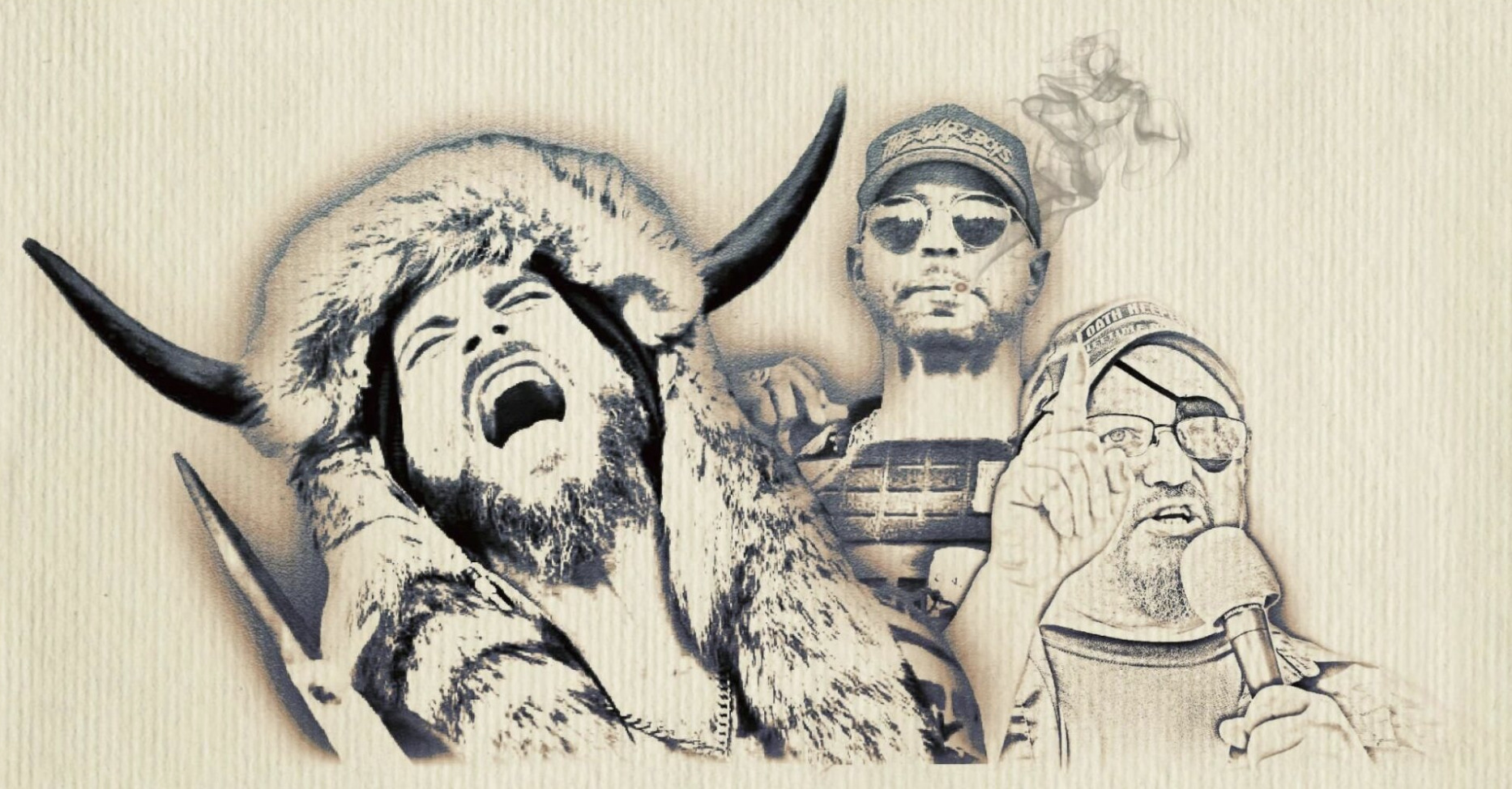 You know things are looking bad for the FBI when the New York Times is doing damage control pieces admitting Revolver News was right. Unlike our bombshell investigative pieces, this piece is chiefly analytical, and takes a look at the conflicting strategies and interests of the FBI and Congressional Democrats and the media. Congressional Democrats and the media want to continue with the sham accusation that Trump and his inner circle planned January 6th. But pressing this inquiry too far risks exposing not anything nefarious on the part of Trump and his friends, but rather by the FBI and other government agents itself.

Revolver’s reporting has created quite the bind for the enemies of the American people who happen to control America. Read more to find out just how tangled this web really is. 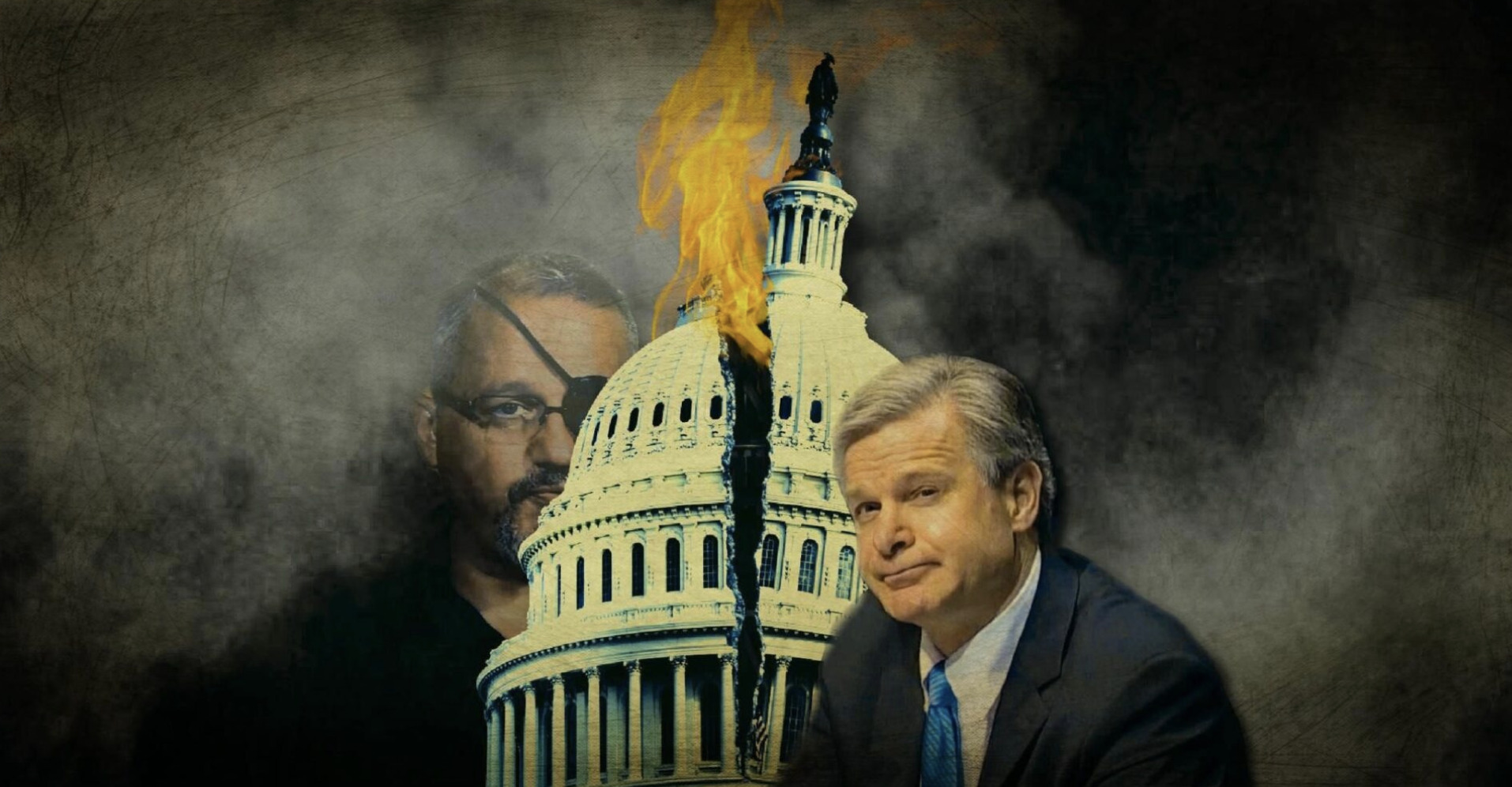 This piece explores the bizarre prosecution of Green Beret Oath Keeper Jeremy Brown for a trivial trespassing charge. Why would the feds wait over half a year to hit this individual, who did not enter the Capitol itself, for the charge of trespassing on Capitol grounds? The situation is still more suspicious when we consider that this particular individual presented video of what he claims to be JTTF agents attempting to recruit him as an informant on January 6th — he refused. Is the charge possible retaliation?

And if the feds are willing to charge Brown with a trivial offense of standing on Capitol grounds, what is their excuse for neglecting an easy lay-up indictment of Oath Keepers founder and leader Stewart Rhodes, who appears in several pictures to be standing well within the restricted zone himself?

Meet Ray Epps: The Fed-Protected Provocateur Who Appears To Have Led The Very First 1/6 Attack On The U.S. Capitol 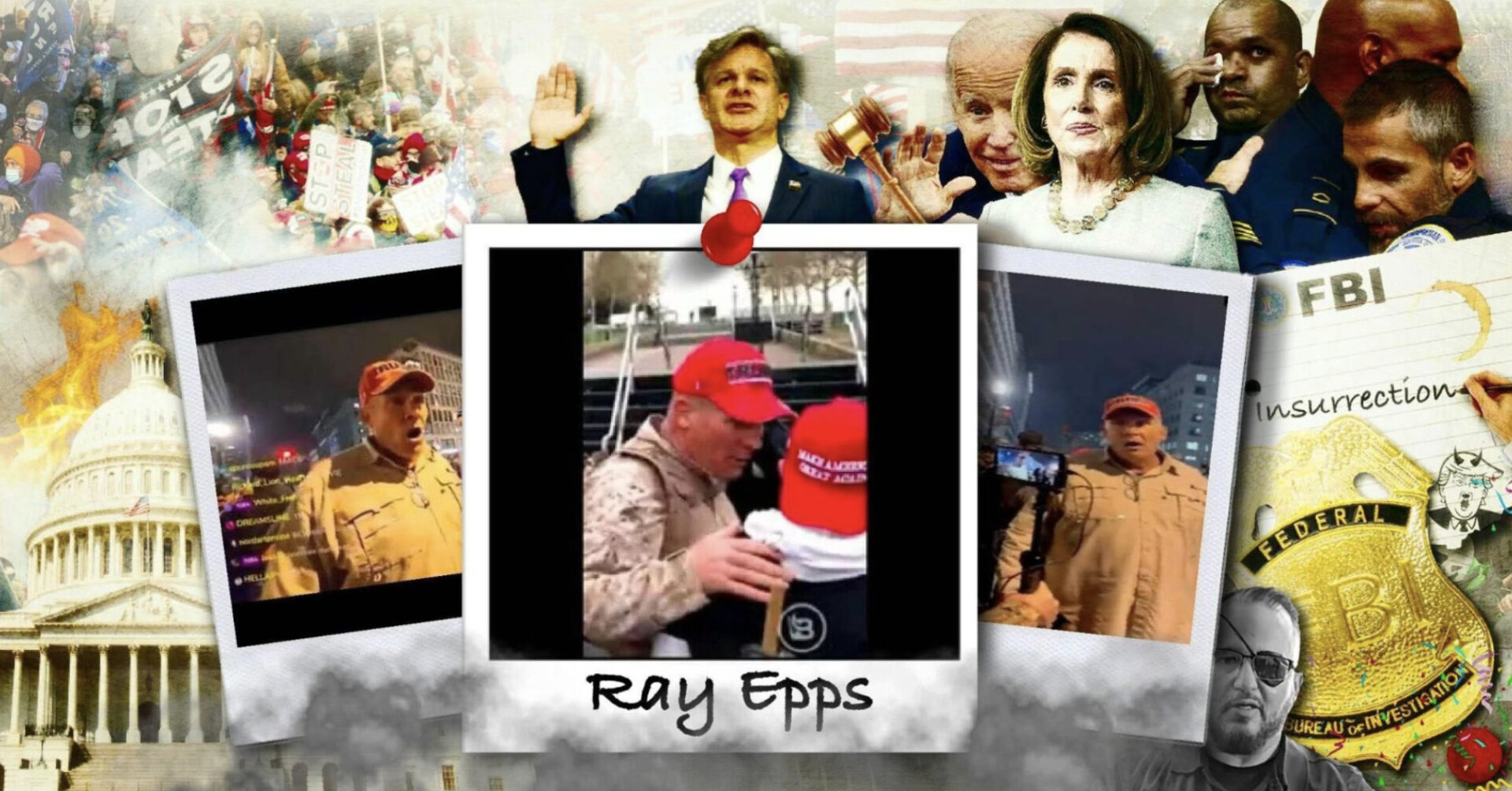 Enter Ray Epps — the only individual found in the mountains of video evidence from January 6th who explicitly called for a mission to “go into the Capitol.” This bombshell piece shows extensive video footage of Epps recruiting others for this bizarre mission, and following up on his intentions on January 6th. We show Epps at the very first breach site of the Capitol grounds, whispering into another individual’s ear two seconds before that same individual goes on to perform the first and decisive breach.

So who is Ray Epps? This piece answers this question with a deep dive into Epps’ background and his affiliation with Stewart Rhodes (mentioned in previous reports). We note that a day after Revolver published our bombshell report on Rhodes, the FBI scrubbed Epps’ name and face from its public “most wanted” database. Now, the FBI claims to not know who Epps is. Epps to this day remains unindicted and unsearched. Curiously, the January 6 Committee has exhibited just as little interest in this individual as the FBI has, despite Epps appearing to be the key orchestrator of the initial breach of Capitol grounds. 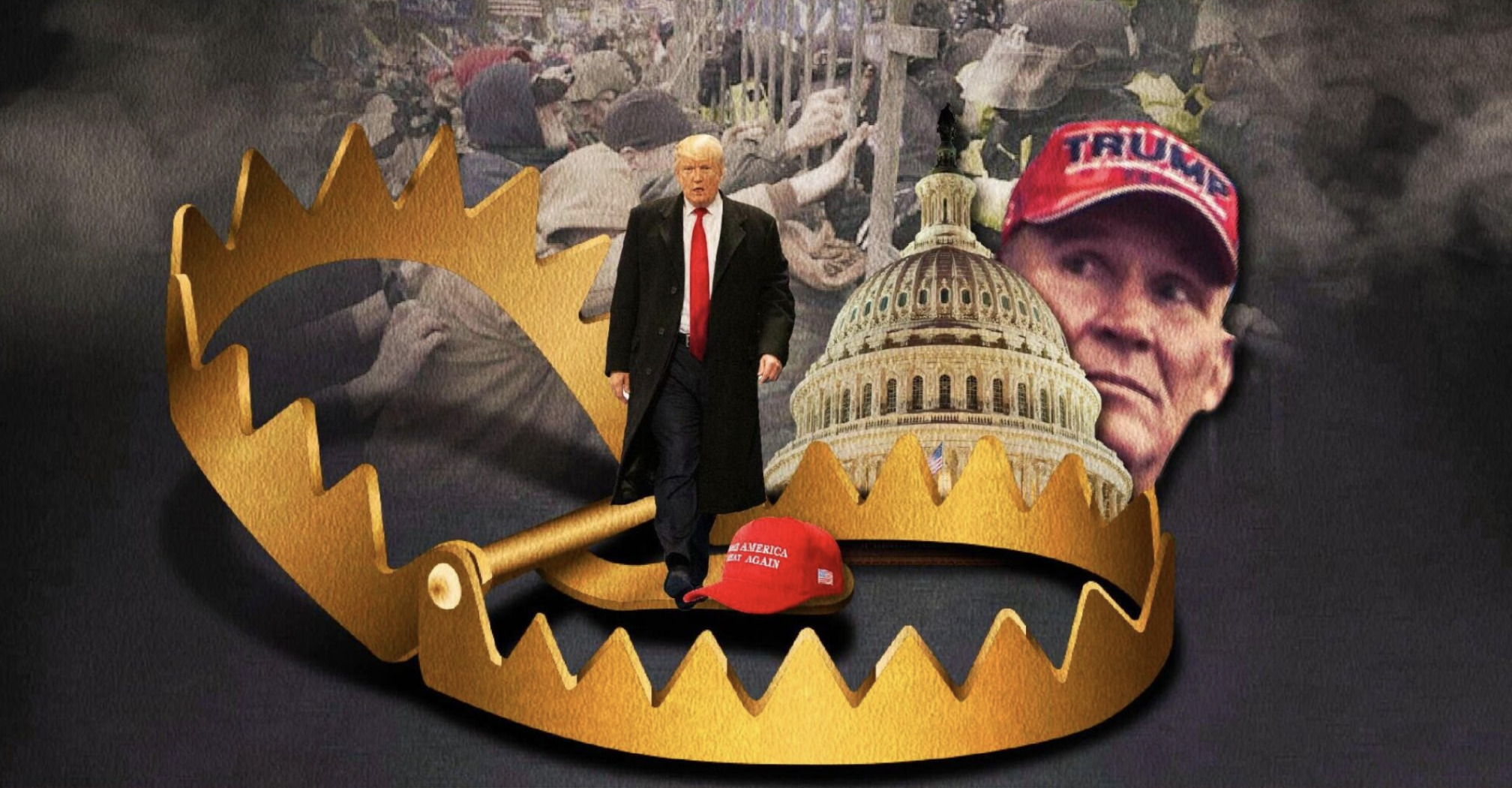 And finally, the Supernova — the mega-viral piece endorsed by Trump, multiple members of congress, and journalists of all stripes. This bombshell piece follows up on reporting on Ray Epps with in-depth video footage of Epps and a number of other mysterious actors who all played a decisive role in turning January 6 from a rally into a riot. We meet the colorful cast of characters who methodically removed fencing near the Capitol before the Trump rally-goers even arrived. We meet individuals like “ScaffoldCommander,” who encouraged the crowd to “move forward” and “fill up the Capitol” at decisive moments. We meet another individual who cut fencing who had been apprehended by law enforcement the previous day for his presence in a van full of explosives and firearms outside of the Department of Justice.

The curious thing: all of the individuals covered in this report are — like Epps and like Stewart Rhodes — unindicted. Curious indeed. 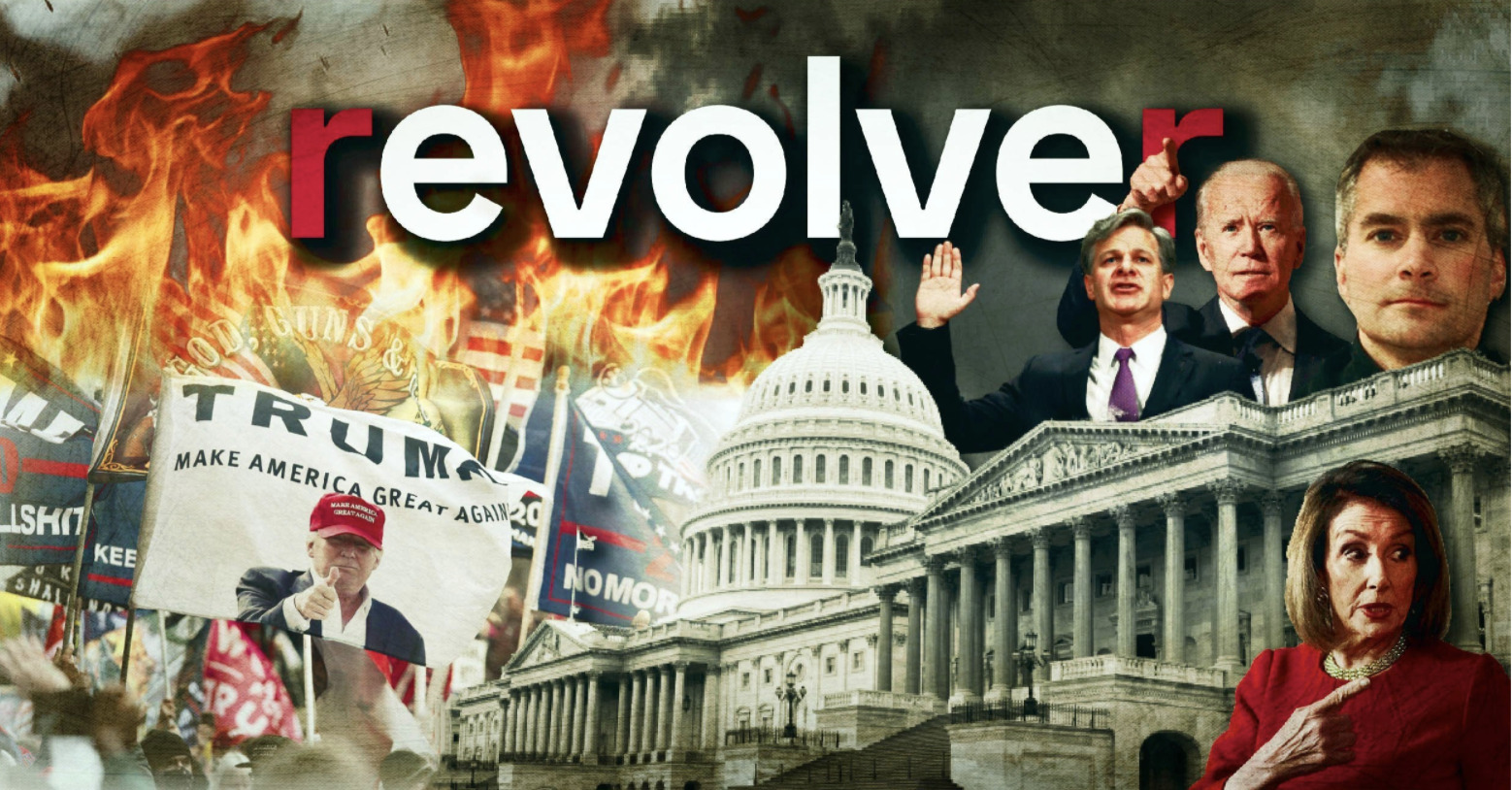 Believe it or not, Revolver’s ground breaking coverage of 1/6 did not start with our national narrative-shaping report drawing attention to federal involvement. Our previous reporting from the first half of the year exposed the mainstream media’s blood libel against Trump supporters (suggesting that 1/6 rioters had killed Officer Brian Sicknick). In other reports, Revolver’s sophisticated image analysis vindicates George Tanios, a man hit with serious conspiracy charges on the basis of flimsy evidence he had conspired to assault officers. We also conducted a deep dive investigation into the so-called pipe bombs that were planted around the Capitol — the FBI has been very cagey on this topic ever since. Why doesn’t the FBI want to find out who planted those pipe bombs? This and much more in this must-read bonus series.